The average age of ESPN’s NBA draft coverage team is going to be a little lower in 2015. That’s because the crew will be joined by 13-year-old Moziah Bridges, who will offer fashion analysis for the draftees.

If you’re wondering how a teenager could possibly be qualified for such a job, it’s because he is one of the most impressive, successful and charismatic young fashion designers around. Here’s everything you need to know about the young star.

1. He Started Mo’s Bows When He Was 9 Years Old

Three cheers for Friday!! RT and help me wish everyone a FANTASTIC weekend! http://t.co/OyFQadTxFf pic.twitter.com/nwNGiKkZWm

Bridges learned how to sew from his grandma and began making his own bow ties in 2011. It was originally just a way for the young fashion savant to dress sharp, but he soon started selling them online and to local stores. Thus, Mo’s Bows was born.

“I like to wear bow ties because they make me look good and feel good,” he writes on his company’s website. “Designing a colorful bow tie is just part of my vision to make the world a fun and happier place.” 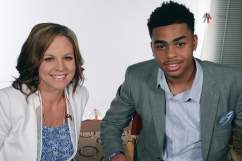 An incredibly charming young man, Bridges appeared on Season 5 of “Shark Tank,” a show where many go to be thoroughly embarrassed. And he acted like most 11-year-olds wouldn’t, impresing a national audience with a calm, confident demeanor.

He and his mother (“Mo is the CEO of the company, but I’m the CEO of Mo, she says) received two offers. Kevin O’Leary offered $50,000 in exchange for $3 royalty per tie, while FUBU founder Daymond John said he wouldn’t invest but promised to act as Mo’s mentor.

Bridges opted to go with John’s guidance instead of O’Leary’s money. 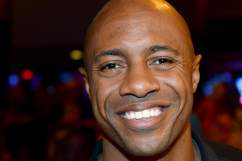 3. He Has Licensing Deals with Cole Hahn and Neiman Marcus

Guess what: It's Friday AND it's summer break! Have a great weekend!http://t.co/OyFQadTxFf pic.twitter.com/kXu2jdyMlH

John, who urges Mo not to take on any new investors while he is still building his company, has taken the young entrepreneur under his wing. In March, he took Bo to New York City for Mercedes-Benz Fashion Week, where the 13-year-old went to events, met people in the industry and even received a call from Karen Katz, the CEO of the Neiman Marcus Group.

Thanks to the help of John, Mo’s Bows is now sold online at Cole Haan and Neiman Marcus.

“It’s playing out well,” John said. “The product is moving.” 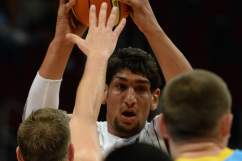 Thank you for allowing my team to use your meeting space for strategic planning, @CoworkMemphis! #Choose901 pic.twitter.com/ps9NIEscOn

Mo’s business–and his brand–continue to grow. In addition to the online market, his bow ties are available at 15 stores across six states, Toronto and the Bahamas. He also sells squares and t-shirts.

As a result of the quick expansion, Mo’s Bows has collected over $200,000 in sales. As if that isn’t impressive enough for the teenager, he has also sold ties where all the proceeds go to helping kids attend summer camp.

His goal is to have his own fashion line by the age of 20. 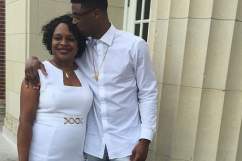 Mo appeared on the “Steve Harvey Show” in 2014 and gave a pitch that the host couldn’t turn down. He has also received recognition on Oprah Winfrey’s O Magazine.

It be obvious to say this kid is going places, but it would appear he’s already there. 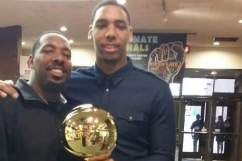