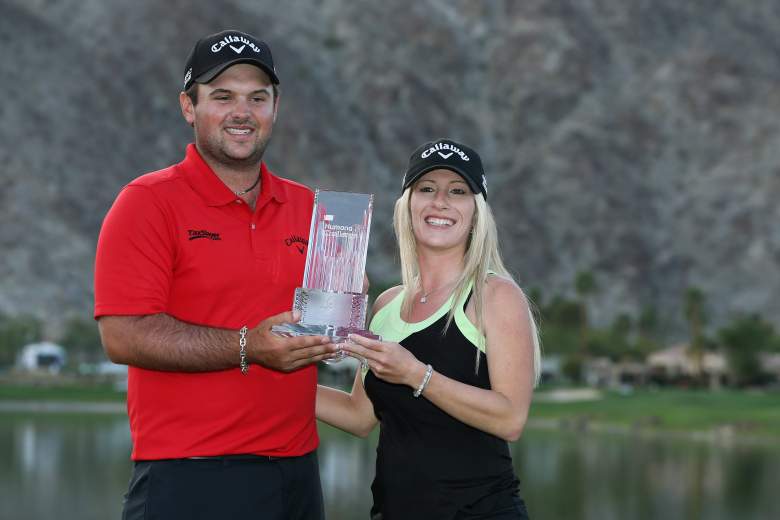 Patrick and Justine Reed may be one of the most fascinating couples in all of professional golf.

The two, who met in 2009, were married in 2012 and welcomed their first child last year. They’ve also gone through health scares, estranged family members and even dubbed themselves “Team Reed.”

Now, as Reed goes after his first-ever U.S. Open championship, Justine will almost certainly join him in the spotlight. Of course, that’s only after the pair go over Patrick’s approach at each and every one of the holes at Chambers Bay.

The couple first met when they were both in Baton Rouge, Louisiana. Patrick was working on his golf swing, a year removed from his first NCAA national title with Augusta, while Justine was working towards her bachelor’s degree in nursing and health service administration.

The two were introduced through a mutual friend – Justine’s younger sister, Kris. Patrick said as soon as he and Justine met, “things clicked right away.”

After three years of dating, Patrick proposed to Justine on January, 9 2012. It was the same night their beloved LSU football team, one of the things that helped them form a relationship in the first place, was playing in the national title game. 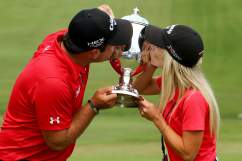 2. The Couple Was Marred in December 2012 & Patrick’s Family Did Not Attend 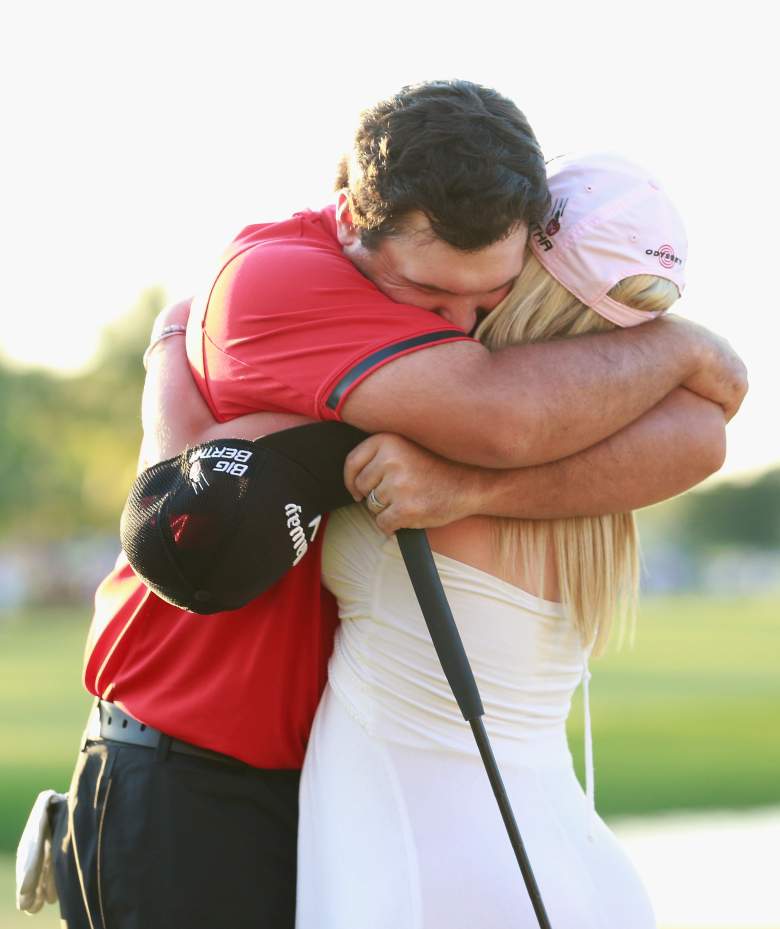 Patrick and Justine were quick to the alter after their January 2012 engagement. The two were wed on December 21, 2012.

According to reports, including a piece by Sports Illustrated, Reed and his parents have been estranged since he graduated from Augusta in 2011. The pair were not invited to the wedding and Jeannette believes it was because she and Bill were concerned that Patrick was too young to get married. He was 22 at the time.

3. Justine Gave Birth to the Pair’s First Daughter in May 2014

After working as Patrick’s caddie for a handful of big-time golf events, Justine had to officially hand back the bag after she learned she was pregnant with the couple’s first child. Justine gave birth to a daughter, Windsor-Wells, was born at Memorial Hermann Hospital-Texas Medical Center on May 22, 2014.

It wasn’t always easy for Justine to be outside the ropes during her pregnancy either. She told the Associated Press it was “a little more difficult than I thought it would be.”

4. Patrick Withdrew From the Franklin Templeton Shootout Pro-Am After Justine Suffered a Stroke in December 2014

Justine was hospitalized in early December 2014 after suffering a grand mal seizure while the couple was staying at the Ritz-Carlton Golf Resort in Naples, Florida. Patrick immediately withdrew from the pro-am in Franklin Templeton Shootout to be with his wife.

He released a statement following the scare:

I withdrew from today’s pro-am to be with my wife, Justine, who suffered a grand mal seizure (Tuesday) afternoon while in the bathtub. We are really fortunate that she is OK and lucky that I was in the room with her to save her from drowning. I am so grateful to the paramedic team, IMG and the doctors at Naples Community Hospital for their support and care during an extremely difficult time.

Justine Reed had been taking a bath in the couple’s hotel room when she suffered the seizure. Patrick found her submerged in the water. Justine had been slated to caddie for her husband during the event.

5. The Pair Plan Out Patrick’s Approach to Every Hole Together Prior to Competition

After spending so much time together on greens across the country, Team Reed is nothing short of focused when it comes to Patrick’s approach. Sometimes, it seems it’s all the two talk about.

According to a longform piece on the couple by Sports Illustrated, Justine and Patrick plot strategy hole by hole for each course he plays. Justine is also in regular contact with Patrick’s swing coach, Kevin Kirk, who told SI, “She’s like an extra set of eyes for me.”

This has been the norm for years and Patrick has been a long-time supporter of his wife’s ability to make on-course suggestions. He told The New York Times in 2013:

She just has a knack for reading greens extremely well, and she knows how far I hit every club. She’s always at lessons with me and always around me when I’m practicing, so it’s basically like my coach being out there with me.

Read More
5 Fast Facts, Golf, US Open 2015
"Team Reed," as the couple calls itself, has been front and center throughout the course of this year's U.S. Open. Here's the lowdown on the duo.