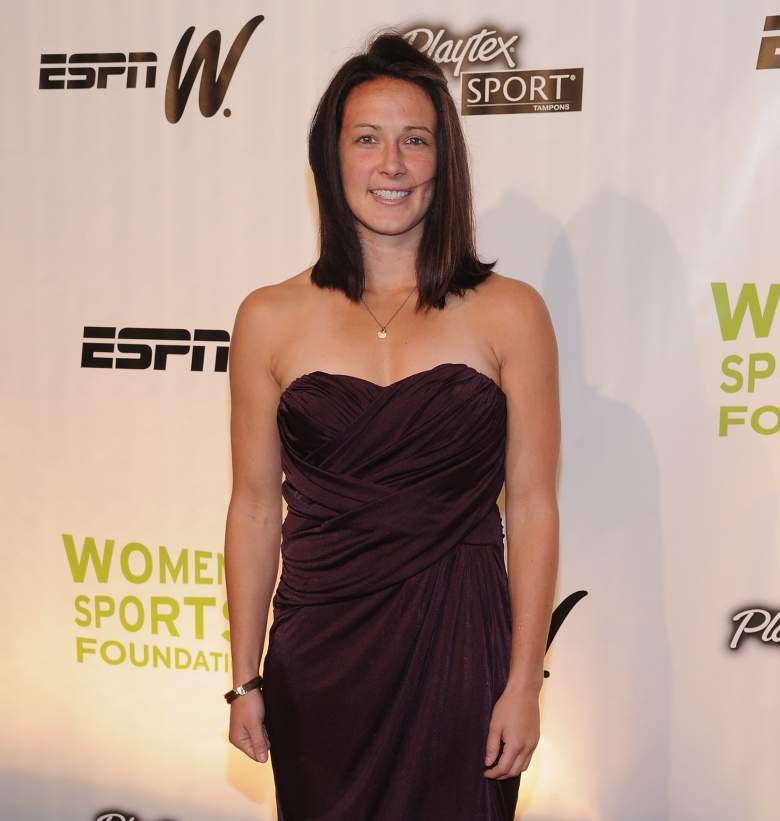 Sarah Huffman, 31, is a former professional soccer player who competed, most recently, with the Portland Thorns. She also competed for nearly a decade with the United States national teams.

The Danbury, Connecticut native has made headlines more recently for her life off-the-field, including her 2013 wedding to USWNT standout Abby Wambach.

Here’s what you need to know about Huffman:

1. Huffman Came Out as a Lesbian in a Statement on the Athlete Ally Website

Huffman quietly announced her sexuality, without much fanfare, in a 2013 self-penned essay on the site Athlete Ally. She wrote:

I am proud to be an athlete ally because I dream of a world full of equal opportunities and treatment,” Huffman said. “I believe that sports are a place where everybody belongs. Discrimination based upon sexual orientation, race, gender have no place in the world – nevertheless sports. I am excited to be an ally and stand up for people like me in the LGBT community.

Abby Wambach, Megan Rapinoe, as part of 18 professional soccer players, joined Huffman in her commitment to end homophobia and transphobia in women’s sports.

Athlete Ally is a non-profit organization that regularly supports the LGBT community’s efforts to create a sports world that fosters equality, no matter what an athlete’s sexuality may or may not be. Athlete Ally uses player ambassadors, both men and women, from a handful of sports to promote its efforts as well.

Beyond PROUD to be a part of such an amazing city & team. Thank you @PDXRivetersSG… This is legit #LoveIsLove ❤️?? pic.twitter.com/Ab98lV5npu

Editor’s Note: Are you playing Daily Fantasy yet? Heavy’s partners at DraftKings are paying out $1 billion to daily fantasy players, including 3 million in this month’s millionaire maker golf contest. The top 29,000 finishers in the contest all get paid, so sign up here and enter a lineup. 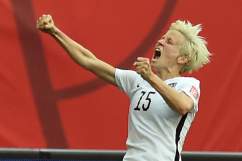 2. She and Wambach Were Married in October, 2013 in Hawaii

Huffman married long-time girlfriend, and USWNT soccer star, Abby Wambach in a low-key Hawaii ceremony in October, 2013. At the time, the two were actually teammates on the Western New York Flash, a Rochester, New York based team, that competed in the National Women’s Soccer League.

The wedding ceremony was, reportedly, held beach-side at the Kauai resort in front of several of Wambach’s Team USA teammates. The event lasted throughout the weekend as well with guests doing everything from cliff diving to a boat trip off the island.

By far best week of my life.Thank u for the support &well wishes.(Our boys were missed but dressed for the occasion) pic.twitter.com/FM9OPO21u5

3. Huffman Played College Soccer at the University of Virginia

Such a proud alumn. Let's go @UVaWSoccer Our house will all be cheering you on in a few hours! #allin pic.twitter.com/dxiicUqXOg

Huffman was a four-year starter at the University Virginia and finished her career as one of the top players in program history. She was a two-time All-American, two-time Soccer America MVP and a three-time All-ACC first-team selection.

In 2004, Huffman was named the ACC Defensive Player of the Year and was named Co-MVP of the ACC Tournament as she led UVA to its first-ever program title. Huffman ended her career with 28 assists, the second-most in program history, as well as 12 goals.

She returned to UVA after graduation as a volunteer assistant coach.

After graduating from UVA in 2006, Huffman played competitively with the W-League team, the Washington Freedom and in 2008 played for Norwegian team Roa Il, leading the team to the Norwegian Women’s Cup.

In 2009, Huffman was the No. 1 overall pick in the WPS General Draft and signed with the Washington Freedom in Women’s Professional Soccer. When that league ended in 2012 Huffman signed with the Pali Blues in the W-League and won the league title. She joined the Western New York Flash in 2013.

5. She Retired from Competitive Soccer in 2014

Huffman had a bit more time on her hands once she wasn’t playing competitively – time she spent taking in the World Series. (Instagram)

Huffman officially announced her retirement from professional soccer in 2014, wrapping up her career with Portland Thorns FC. She posted a goal and assists in her final 22 games.

Soccer has been one of the biggest loves of my life. While I’m sad to be stepping away from it at the professional level, I will always stay involved at some capacity. I have learned the most valuable life lessons through the sport and will forever cherish the journeys it took me on. I am beyond excited to find what I hope will be my next love at Nike. I am excited about the opportunities ahead and will forever have soccer to thank for molding me into the person I am.

Hoffman officially moved to the west coast following her retirement and owns a home with Abby Wambach in Portland, Oregon.

Editor’s Note: Are you playing Daily Fantasy yet? Heavy’s partners at DraftKings are paying out $1 billion to daily fantasy players, including $2.5 million in weekend’s millionaire maker golf contest. The top 29,000 finishers in the contest all get paid, so sign up here and enter a lineup.