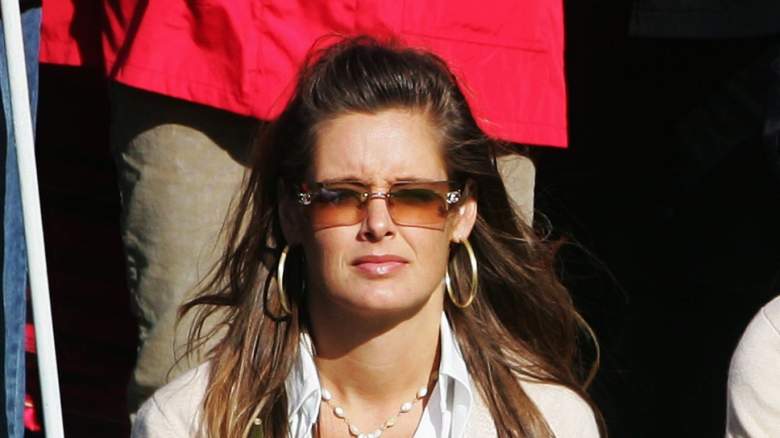 Jim Furyk has won 17 events and banked nearly $64 million in prize money since getting his getting his PGA Tour card in 1994.

But his biggest victory might have come in the spouse department.

Furyk’s wife Tabitha has been a staple at the golf course — whether in the United States or around the world — for over 15 years and is one of the most visible of all the players’ wives.

Click here for our U.S. Open 2015 preview, complete with all the tournament details.

Here’s what you need to know about the Furyks:

Jim proposed to Tabitha on California beach during the week of the 2000 U.S. Open at Pebble Beach.

Tabitha says they went out to dinner and decided to take a walk along the beach. All of a sudden, Jim was down on one knee, popping the question. She said “yes.”

That was where the good ended for Jim at Pebble Beach; he finished 60th in the major that year.

Click here to read about the details of the proposal.

After a couple years, they had their first child, daughter Caleigh Lynn in 2002.

Jim won the biggest tournament of his career in between — the 2003 U.S. Open.

3. Tabitha Is Heavily Involved In the Furyk Foundation

In 2010, the couple created the Jim & Tabitha Furyk Foundation to help children and families in need.

Tabitha is very much involved of many aspects of the foundation, which spearheads all sorts of projects aimed at providing food, medical support and other needed items for families which can’t afford them.

4. She Has Been Known to Defend Her Husband

Tabitha is “feisty,” according to Jim.

He told golf announcer and host David Feherty (check out the clip above) that Tabitha defended him at the PGA Championship when a group of 20-somethings began heckling him.

Tabitha approached the group, started chatting, and soon after, the heckling stopped.

Tabitha appears to be Jim’s No. 1 fan.

Tabitha is very close with Phil Mickelson’s wife Amy. Here’s the four of them at 2014 Ryder Cup gala in Scotland. (Getty)

Jim Furyk and Phil Mickelson both turned pro in 1992 and have risen to fame and climbed the world rankings together. They’ve also played for Team USA more than three handfuls of times — 9 Ryder Cups and 7 Presidents Cups.

That’s a lot of world traveling there. Tabitha and Amy Mickelson, Phil’s wife, have become very close friends over that time.

They’ve been there and done that when it comes to these USA vs. Europe or the World events. And they’ve been traveling to the same tournaments within the U.S. for the past 20 years.