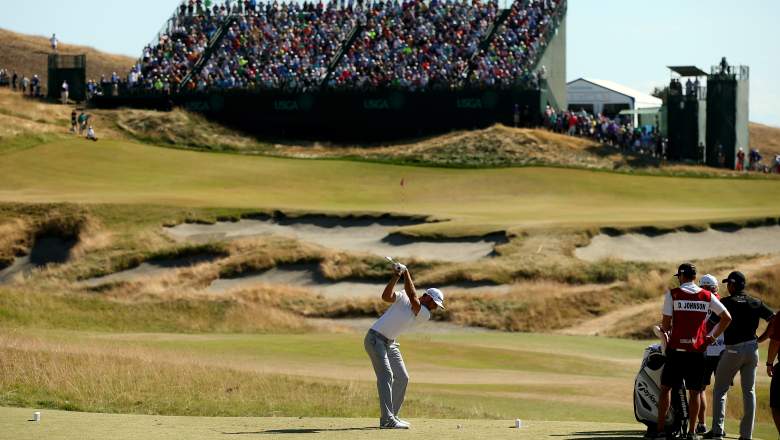 Those not ready for the US Open to come to an end might just be in luck.

That’s because of the USGA’s unique tiebreaker rules. In the event of two or more players finishing 72 holes with the same score, they play another 18 on Monday to determine the champion. That’s unique compared to the other majors, which use either sudden death (PGA Championship, Masters) or a four-hole aggregate system (Open Championship).

As The Golf Channel’s Justin Ray pointed out, if the recent flukey trend continues, we’re in store for a playoff this year at Chambers Bay:

The 18-hole format draws plenty of criticism, but there’s no question it makes for a compelling Monday afternoon.

Read More
Golf, US Open 2015
The US Open uses a much different playoff system to break ties than golf's other three majors.