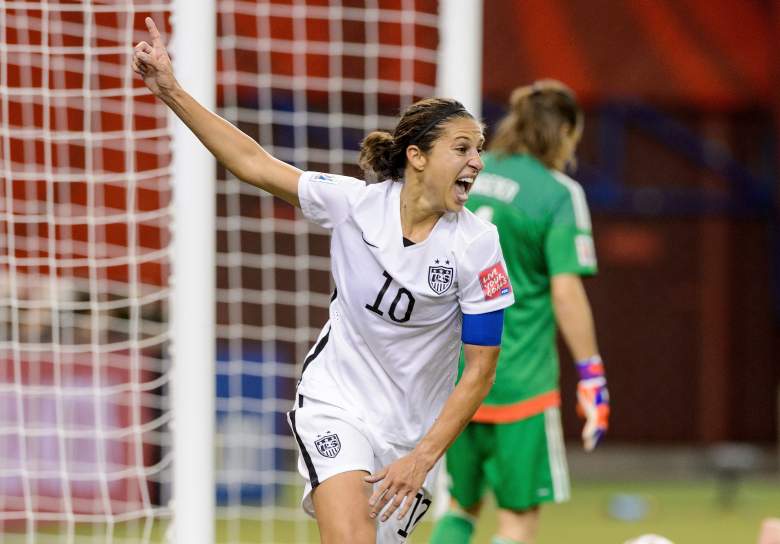 The United States is going back to the World Cup final, defeating top-ranked Germany in the semifinal matchup on Tuesday evening.

The U.S. defense, once again, stood tall and goalie Hope Solo dominated in net, recording her 10th World Cup shutout. Solo tied the Cup record for shutout performances and, still, has not allowed a goal since the United States’ matchup against Australia in the opener. That’s over 500 shutout minutes.

Meanwhile, the U.S. offense looked the best it has all tournament and Carli Lloyd continued her strong play of late, netting the ice-breaking goal in the 69th minute. For good measure, Lloyd also added an assist on the squad’s second goal in the 84th minute of play.

U.S. head coach Jill Ellis told post-game reporters, “It’s not about the system. It’s about the players on the field. They played their hearts out tonight.”

The United States advances to the World Cup title game for the second straight tournament, playing either England or Japan, on Sunday. Historically, the winner of the U.S.-Germany matchup has gone on to win the entire tournament. Click here for a full box score and read on for a recap.

Lloyd scored her third goal in six games with a penalty kick after Germany was whistled for a foul midway through the second period. The United States midfielder took aim on the free kick and sent the shot into the right corner of the net while German goalie Nadine Angerer sailed the opposite direction.

Lloyd became the third United States player to score in three straight World Cup games. One of the other players on that list? USWNT teammate Abby Wambach.

The penalty kick came after Alex Morgan drew a whistle on a drive straight into the box. The play drew a bit of criticism from analysts and social media after, it appeared, Morgan took a bit of a literal dive towards the box in order to draw the penalty kick. Still, Mia Hamm didn’t seem to have a problem with the play:

Loved @alexmorgan13 commitment to take on. And @CarliLloyd , ice water in those veins! USA!

It was the first goal for O’Hara in World Cup play and the shot came off an assist from Carli Lloyd. It also added more than enough insurance for a United States defense that completely shut down the high-scoring German offense. 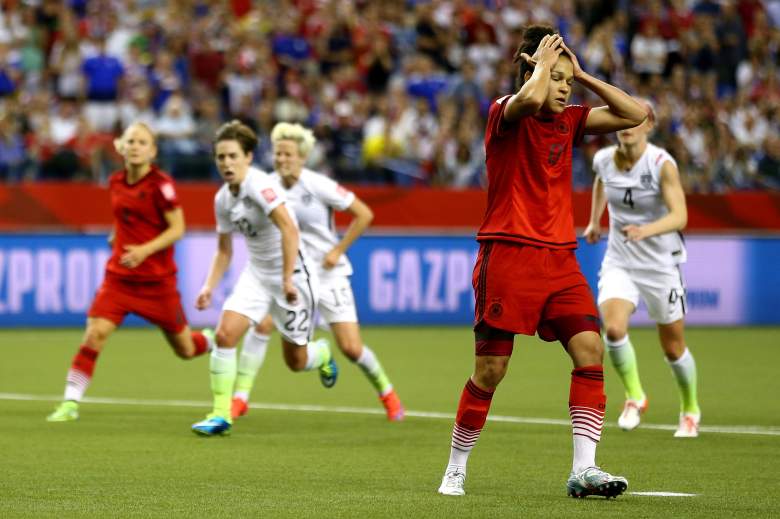 Julie Johnston made her first major mistake of the Cup, whistled for a yellow card in the box. The call led to a German free kick and, presumably, an open opportunity for the tournament’s top-scoring squad. Celia Sasic, who leads the World Cup field with six goals this summer, took the kick for Germany in the 59th minute – and missed the net completely.

Sasic had completely fooled United States goalie Hope Solo, who dove the opposite way in net. It was the first time Germany had ever missed a free kick in World Cup competition.

The internet, collectively, could not believe Sasic missed the shot.

The United States Offense Dominated Play in the Opening 45 Minutes 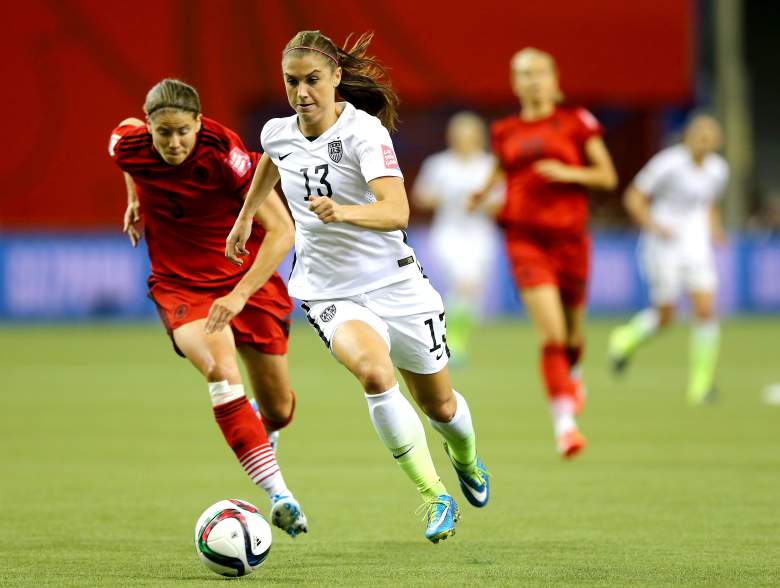 Alex Morgan led the red, white and blue charge in the opening half of play, finding her way behind the German defense more than once. In fact, Morgan almost gave the U.S. the lead in stoppage time:

That wasn’t the first time Morgan found herself in front of the German net. The U.S. forward led her team with chances in the first 45 minutes and, for perhaps the first time in the World Cup, the front line looked aggressive and determined, attacking the net and German goalie Nadine Angerer.

It was the second straight game that Germany, the field’s highest-scoring offense, failed to score in the first half of play. Germany did not score until the 84th minute of the quarterfinal match against France last week. Also, as reported by ESPN’s Paul Carr, the United States has never lost a World Cup game when tied at halftime.

Scary moment for both teams. Germany's Alexandra Popp and USA's Morgan Brian hit heads on set piece and are being tended to by trainers.

Germany set up in the 29th minute to take a free kick and after drew up a pre-determined set piece prior to the whistle. The kick sailed through the air and both Brian and Popp went vertical – only instead of one of their heads hitting the ball, both of their heads hit each other.

There was blood. There were concussion tests and there was, nearly, three minutes of stoppage time.

It was an interesting scene after the injury as U.S. players huddled around Brian, making sure their teammate was ok while Germany retreated to the sidelines for water and a bit of extra coaching. The two teams played 10-a-side immediately after the collision.

Brian returned to the game after completing concussion protocol.

Morgan Brian having a composed game. Lauren Holiday distributing from deep-lying position. U.S. playing its best soccer in a year.

German Goalie Nadine Angerer Was an Early Force in Net

Julie Johnston’s chance came off the United State’s first corner but long-time German goalie Nadine Angerer saved the point-blank shot without so much as breaking a sweat. Megan Rapinoe, who missed the quarterfinal match against China, followed up with an almost-moment of her own near the 10 minute mark.

Angerer was most impressive at the 13 minute mark though, taking on a wide open Alex Morgan one-on-one and coming up big. Very, very big. Morgan broke through the German defense quickly and found herself square in front of the net, opting for the first-touch kick. Angerer saw it all the way.

Preview: USA a Win Away From the Title Match

The United States, once again, played incredible defense, shutting out China 2-0 in the quarterfinals last week. Hope Solo has not given up a goal in 423 minutes of play and the U.S. defensive line game up just two shots on target to China in the quarters. Unsurprisingly, Solo’s in-net performance is record-breaking:

Germany, on the other hand, is the top-scoring offense in the world. This summer, the group has racked up 20 goals, starting off with a 10-0 thrashing of Ivory Coast in the World Cup opener. Germany faced a bit of a scare in the quarters though, defeating France on penalty kicks when long-time goalie Nadine Angerer made a save on the last shot.

Official: #GER will face #USA in the #FIFAWWC semi-final. Nadine Angerer with the decisive save! pic.twitter.com/QzxB6jwQpK