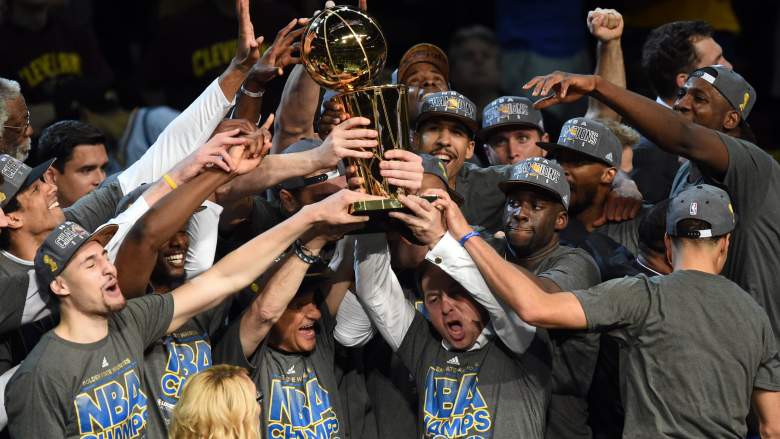 The Bay Area is getting yet another parade.

San Francisco has celebrated three Giants titles in the last five years, and now it’s Oakland’s turn to have a city-wide party after the Golden State Warriors captured the NBA championship for the first time in four decades.

Here’s a quick rundown of all the viewing information you need to know:

Judging by how how raucous the fans at Oracle Arena have been all season long, this celebration figures to be wild.

The parade, which starts at Broadway and 11th and ends at Henry J. Kaiser Convention Center, will begin Friday, June 19 at 10 a.m. PT. Here’s a look at the route in full: 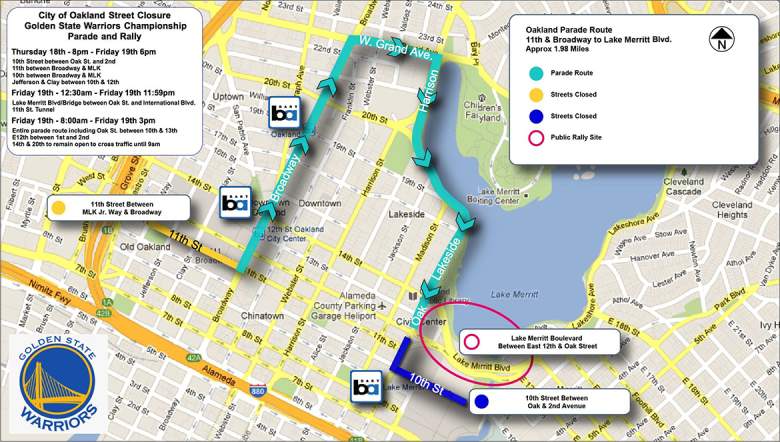 Those who don’t feel like following the parade can simply gather at the final destination, where a rally will take place. Fans are allowed to start lining up at Lakeshore and 12th Street at 5 a.m. PT.

In terms of public transportation, the city will run extra BART trains all day.

And if you don’t enjoy large crowds or crowded streets, there are plenty of ways to view the celebration from the comfy confines of your couch. Local television networks KRON, KGO, KNTV, KPIX and KTVU will provide coverage, while CSN Bay Area will begin its coverage at 9 a.m. PT.

Those looking for a live stream online can find one here at cbsSF.com.