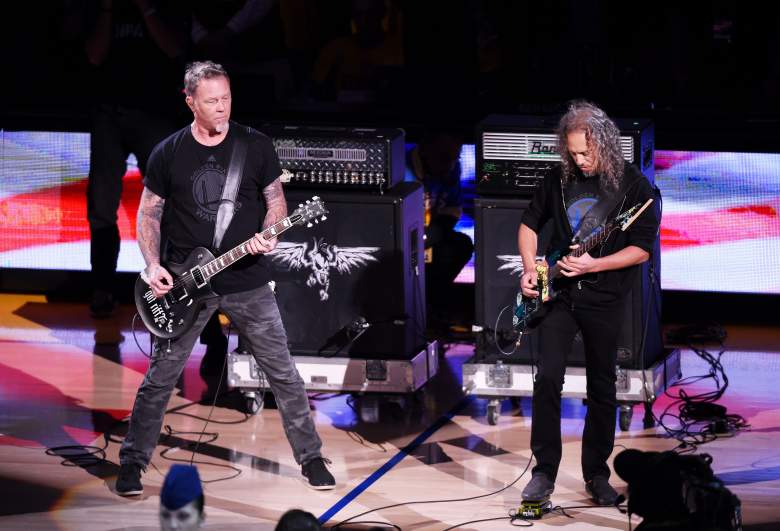 Metallica performed the National Anthem at Game 5 of the NBA Finals. (Getty)

Heavy metal legends Metallica pumped up the Oracle Arena crowd prior to Game 5 of the NBA Finals with a rocking version of the National Anthem on Flag Day.

Band guitarists James Hetfield and Kirk Hammett, a Bay Area native, plugged their axes into the amplifiers and gave a unique rendition of the “Star-Spangled Banner.”

Take a listen below:

The band has done this at sporting events before, including prior the San Francisco Giants and Los Angeles Dodgers game back on May 3, 2015. Check it out below: