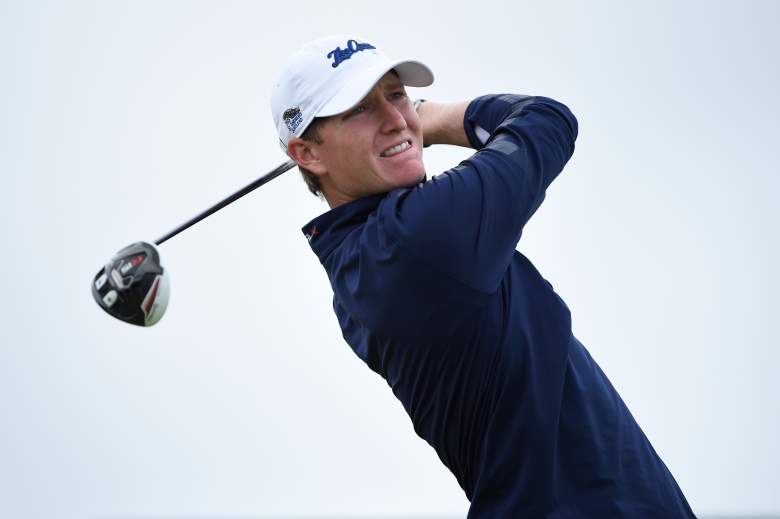 US Amateur Jordan Niebrugge on the 15th hole of The Old Course, St Andrews (Getty)

Following his 67 in the First Round on Thursday, Jordan Niebrugge is the proud new co-owner of the lowest round of golf ever shot by an amateur at St Andrews during an Open Championship. The 21-year-old from Mequon, Wisconsin is no stranger to success in the professional ranks, though perhaps not on quite such a grand stage.

1. He Shot 67 in The Open Championship 1st Round 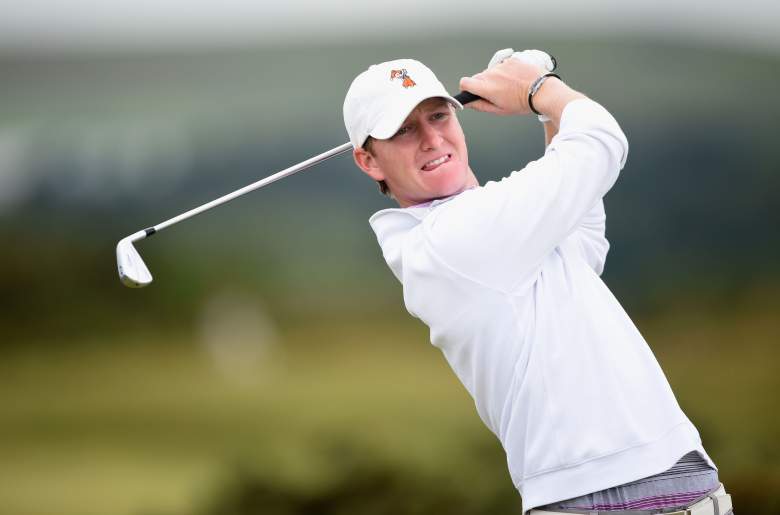 Niebrugge’s 5-under-par score of 67 at St Andrews on Thursday tied the record for the lowest round at The Old Course during an Open Championship by an amateur. Niebrugge was in one of the early groups Thursday morning, playing with Anthony Wall and Byeong-Hun An. He recorded seven birdies during his round, hitting 27 putts in total and averaging 301 yards off the tee.

With relatively benign conditions on Scotland’s East Coast, however, Niebrugge wasn’t alone in going low: 63 players went under par in the First Round, including five of his fellow amateurs.

2. He’s a Senior at Oklahoma State

Does it get any better than an #okstate foursome at @TheHomeofGolf doing prep work for @TheOpen? #golfschool pic.twitter.com/9YCDKZLWGy

Niebrugge is currently in his third year at Oklahoma State University, where he was named Honorable Mention All-American by Ping and Golfweek as a freshman. Niebrugge had three Top-5 finishes in his first year and one victory and two runner-ups in his second. He also represented the USA at the Walker Cup during his Sophomore year, winning both his Singles matches, but losing both Foursomes ties.

Oklahoma State is currently 19th in the NCAA Division 1 Rankings

3. He was Born and Raised in the Midwest 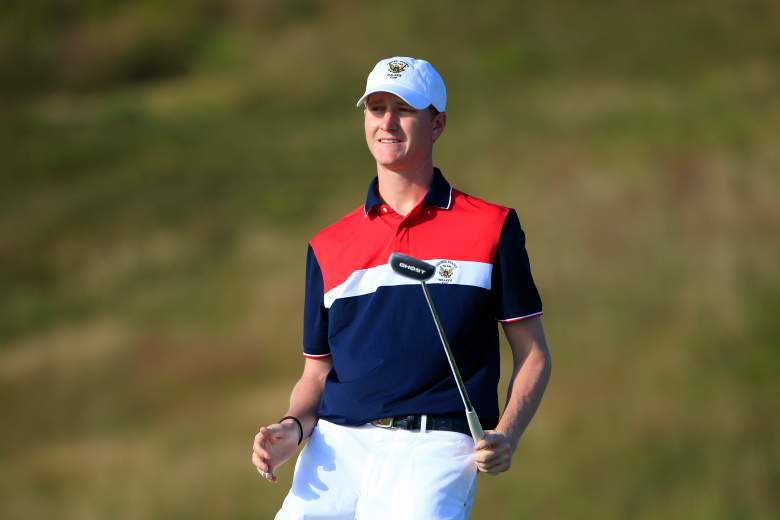 Jordan Niebrugge during the Foresomes at the 2013 Walker Cup (Getty)

Born in Bridgeton, Missouri on August 4th 1993 but raised in Mequon, Wisconsin, Niebrugge’s Midwest upbringing and stint at Oklahoma State University was, according to his father, the perfect environment in which to prepare for an Open Championship at St Andrews. “He is pretty comfortable on this type of course and this type of weather is not unusual for him” said Rod Niebrugge Thursday afternoon. “He plays in the wind in Oklahoma and has played in snow in Wisconsin during high school.”

Having spent five years in St Andrews whilst at university, your correspondent can assure you that the similarities between Wisconsin, Oklahoma and the East Coast of Scotland are few and far between.

Niebrugge’s parents, Rod and Judy, have made the trip with him to Fife. He also has an older sister, Alyssa. 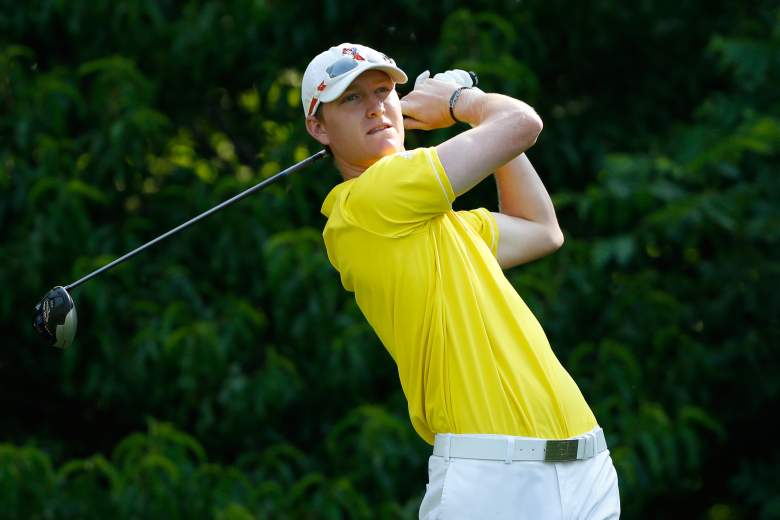 Niebrugge at the John Deere Classic in 2014 (Getty)

Niebrugge qualified for the 2015 Open Championships by dint of his second-place finish at The Open Final Qualifying tournament at Hillside Golf Club in Southport, England back in June. His two prior outings on British soil didn’t go quite as successfully: a first-round loss in the British Amateur Championships and a missed-cut at the English National Amateur Stroke-Play Championships.

You could get odds of 500-1 before the start of play on Niebrugge lifting the Claret Jug this Sunday; he’s now down to around 250/1 with most bookies. Why still so long for a man just two shots off the lead? Because the last amateur to win the Open Championship was Bobby Jones in 1930.

As an amateur, Niebrugge won’t get one penny of the £1.15 million on offer for the winner if he does sit atop the final leaderboard come the end of the weekend. 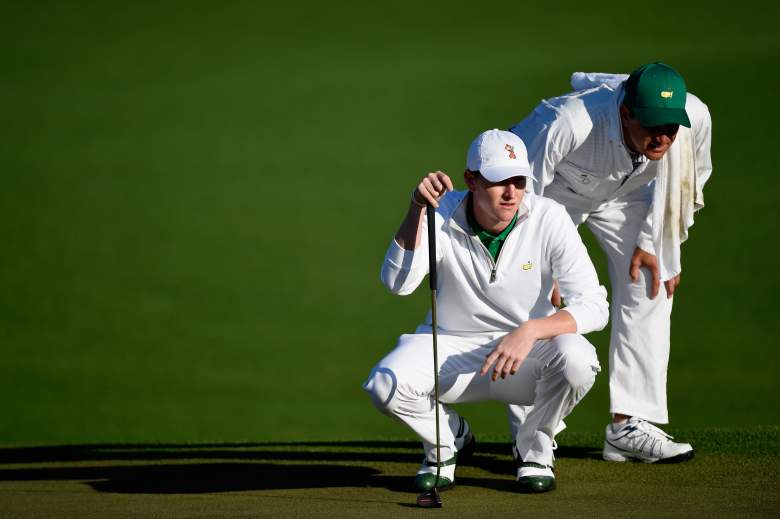 Niebrugge qualified for the 2014 Masters, but missed the Cut. (Getty)

St Andrews isn’t Niebrugge’s first foray into the Majors; he qualified for last year’s Masters having won the 2013 US Amateur Public Links Championship. While Niebrugge undoubtedly enjoyed his stay in Augusta National’s Crow’s Nest, he failed to make the cut, carding +11 for his opening two rounds.

The 21-year-old has, however, prevailed in the professional ranks before, winning the 2011 Wisconsin State Open. Previous winners include PGA stalwarts Jerry Kelly and Steve Stricker.