Kim and Rose have been together for years and have even worked together. (Instagram)

Pete Rose may still be banned from Major League Baseball, but he’s a little bit luckier at home. The former Cincinnati Reds standout is engaged to Kiana Kim, a former Playboy model and commercial actress.

Rose was nicknamed “Charlie Hustle” and played professional baseball from 1963 to 1986, and then managed from 1984 to 1989. His career in baseball ended when he received a ban in 1989 for his gambling habit. Although he will never be an exclusive member of the Baseball Hall of Fame, he will be remembered as one of the greatest hitters to play the game.

His marriage to Kim will be his third.

Here’s what you need to know about Kim:

1. She is Less Than Half His Age

Pete Rose, 73, is 39 years older than his 34-year-old fiancee, making him more than double her age.

Kim was born in Seoul, South Korea, but moved to Los Angeles when she was just five years old. Still, despite the age difference – or maybe because of it – Rose and Kim have become one of the steadiest relationships in all of baseball. The two appeared together on the Howard Stern Show in 2010 and Kim became the top-searched person on Google immediately after.

2. She Went to Arizona State University Before Becoming a Playboy Bunny

Kim and Rose have been together for years and have even worked together. (Instagram)

Kim made her biggest career move in 2010 when she appeared in Playboy. However, before she found her way to the page of the magazine, Kim was just an average student at Arizona State University and graduated with a B.S. in Business Management.

Directly after she graduated from ASU, she worked as a flight attendant with Korean Airlines, a real estate agent and then got into the marketing industry for a high end salon while moving her modeling and acting career forward. Her net worth is now worth $1.5 million.

3. She Has Two Children

Kim changed jobs to a real estate agent to take care of her two children, Cassie and Ashton whom she had with her ex-husband. Her fiancee, baseball legend Pete Rose, has five children of his own with his first two wives.

Although she’s best known for her photos, Kim was a successful realtor and even earned several top awards for her volume of shares. After divorcing her first husband, Kim turned her attention to operating a hair salon while still pursuing a modeling and acting career.

4. Rose Said She is Hotter Than Donald Sterling’s Girlfriend 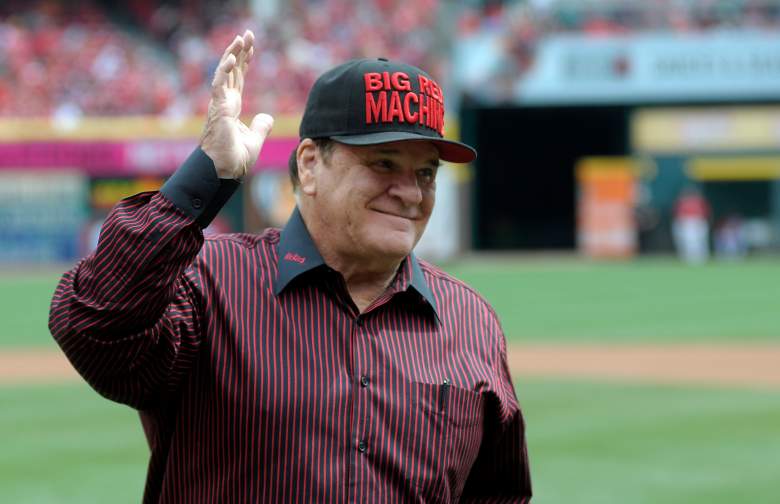 Pete Rose has never been shy about talking to the media, even when it comes to talking about his girlfriend. (Getty)

Pete Rose and Donald Sterling have two things in common- they were banned from their sport/management and they date women half their ages.

Donald Sterling was banned from the NBA for racist comments that were recorded and Rose was banned for his gambling habit as a player and manager in the 1980s. Naturally, when Sterling got the ban last year Rose was asked by media how Sterling should handle it to which he responded, according to NJ.com:

All I can say about Donald Sterling is my fiancee is a lot better looking than his girlfriend.

Donald Sterling was 80 when he dated his 34-year-old girlfriend, V. Stiviano. Sterling and Stiviano ended the relationship in April 2015.

5. She Had a TV Show With Rose

Rose and Kim had a reality television series on TLC in 2013 called Rose: Hits & Mrs. that was taken off the air after filming just six episodes.

The show was about their lives and featured Kim’s two children who also live with them. It also focused on Kim’s desire to develop a unique skin care line while expanding her own personal brand. 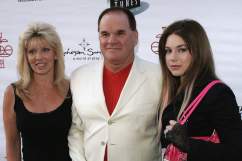