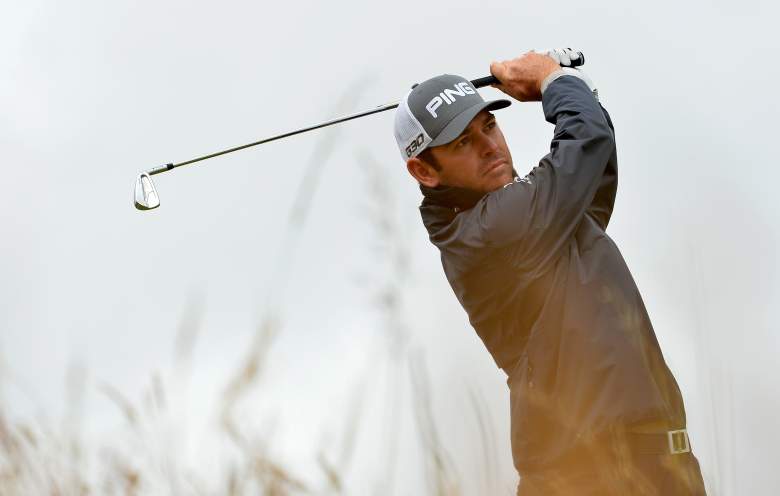 Don’t count Louis Oosthuizenout out quite yet.

No one believed the South African pro would even make the cut wen he won the British Open in 2010 and now, with Jordan Speith riding a wave of success and positive odds, not many people believe Oosthuizen will do much this year. But the quiet and unassuming Oosthizen, who may have one of the best swings in the game, has always had a trick up his sleeve and, in some circles, is even the dark horse to repeat at the Open this year.

Fresh off a late surge at the U.S. Open, Oosthuizen is working his own angle of success and back at a St. Andrew’s course he really enjoys. Here’s what you need to know Oosthuizen and his chances:

The last time the British Open was held at St. Andrews, Oosthuizen walked away with his very first major championship.

He entered the tournament ranked No. 54 in the world and had only made the cut once in eight major championship appearances. Despite the low expectations, Oosthuizen found his rhythm, and more importantly his swing, on the fairways, shooting 71 on Sunday and finishing 16-under-par 272 for the championship, to win by seven strokes. His 272 was the second lowest stroke in St. Andrews history.

So, will history repeat itself in 2015? Oosthuizen is quick to deny any sort of leg up by his return to St. Andrews, saying in a pre-tournament press conference that he couldn’t even remember what he did leading up to the 2010 event. Still, he’s confident, telling Golf:

I just needed to prove to myself that when I get in that situation again that I can handle it and I can still hit good shots. You know, I wasn’t nervous coming down the end there. I was excited on every shot. I like to be in that situation.

2. He Previously Competed on the Sunshine & European Tour 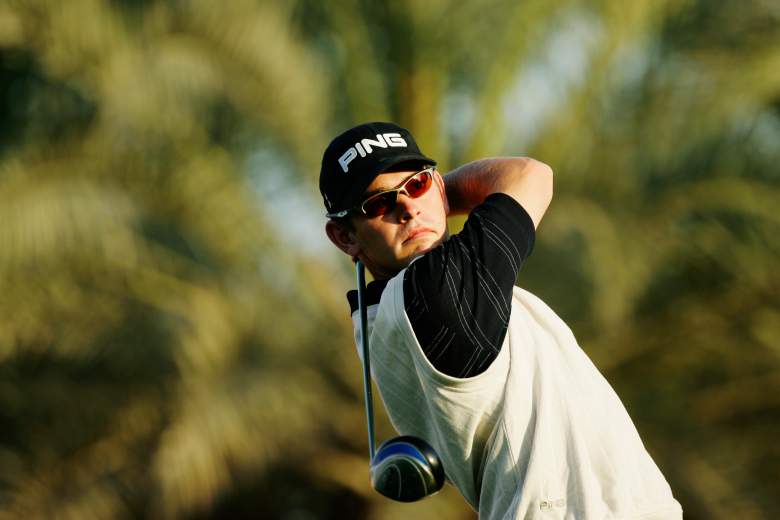 After turning professional in 2002 at the age of 19, Oosthuizen competed on both the Sunshine and European Tours.

He won five professional tournaments on the Sunshine Tour: the 2004 Vodacom Origins of Golf Tour, the 2007 Dimension Data Pro-Am and Platinum Classic, and the Tekom PGA Championship twice, in 2007 and 2008. Oosthuizen also played on the European Challenge Tour in 2003 and has been a member of the Tour since 2004.

In March 2010, at 27 years old, he won his first European Tour event at the Open de Andalucia de Golf. He hit a final-round 63 for a 17-under winning total and the victory pushed him into the world’s top 50 as well as a, then, second straight trip to the Masters. 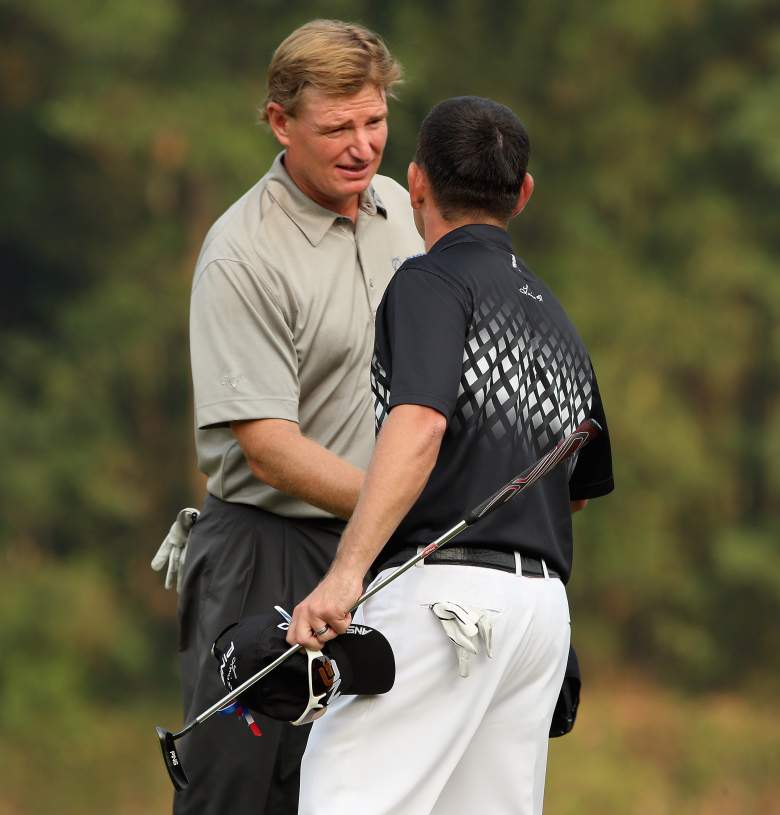 Oosthuizen was born in Mossel Bay, South Aftrica and while always drawn to golf, his family, which owned a farm in the country, often found it difficult to pay for tee times and equipment during the early stages of his career. Enter Ernie Els.

The fellow South African golfer and his eponymous foundation helped support Oosthuizen’s early career for three years, giving him a chance to make a name for himself on the amateur circuit. It worked. Oosthuizen won a handful of amateur titles before turning professional when he was just 19 years old. 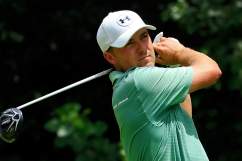 4. He Owns His Own Wine Company & Restaurant

In addition to running his own junior academy and designing golf courses, Oosthuizen, currently ranked No. 17 on the PGA Tour, has broken into the business world as well, running his own wine company and restaurant.

Louis 57 boasts a handful of wine choices and has been selected by Oosthuizen and his partner, winemaker Jacques Borman, from local vineyards in South Africa. The wines are split between the Louis 57 Private Collection and Louis 57 Private Cellar.

Of course, no wine maven is complete without a restaurant to showcase his product and Oosthuizen is no exception. He owns and operates Route 57 in his hometown of Mossel Bay, South Africa. The menu has been designed by chef Anzelle Seelie and offers a mix of modern fare with traditional South African cuisine. Of course, the wine list isn’t bad either.

5. He Has Been Married to Nel-Mare Oosthuizen Since 2007 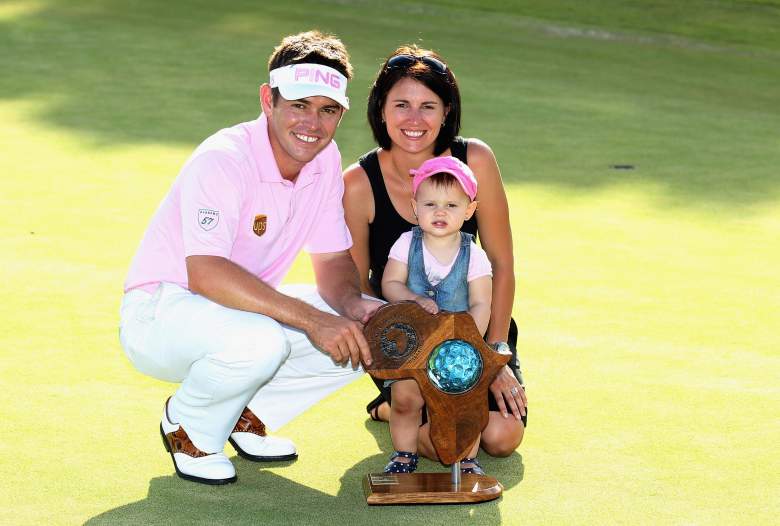 The couple have been married since 2007 and are parents to three children: Jana, Sophia and Emma. Nel-Mare is also from South Africa and graduated form Stellenbosh University in 2000.

The family has now relocated stateside after running their own farm during the early years of their marriage.The move surprised a lot of the pair’s close friends, particularly after Oosthuizen had put in so much work on the farm. He even once cut a deal after winning the Volvo Golf Champions pro-am to exchange the tournament prize from a car to a backhoe in order to work on the farm:

I’ve been nagging my wife for a few years that I want something on the farm as there are a few stumps and things I need to get rid of. So I’m going to play around with it and might dig out a few bunkers.