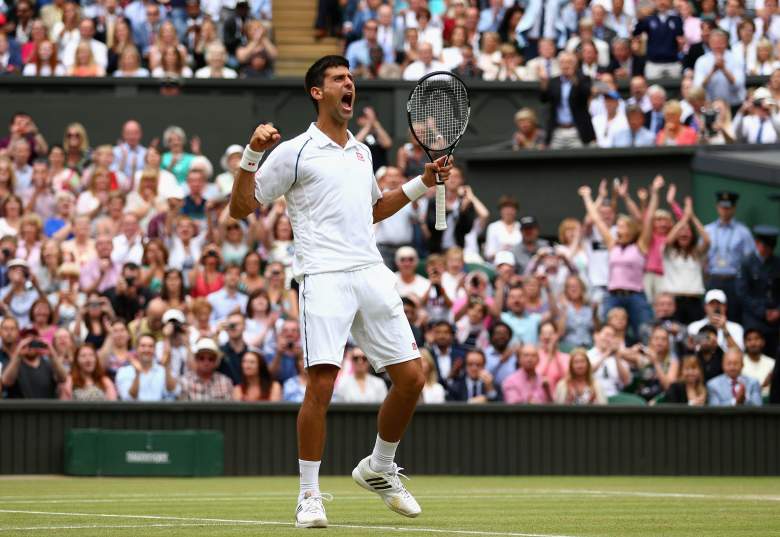 Novak Djokovic battled through four sets, two tie-breakers and one rain delay to win his second-straight Wimbledon title, defeating Roger Federer, on Sunday. Djokovic won by a final score of 7-6 (1), 6-7 (10), 6-4, 6-3.

Djokovic became the first man to repeat as Wimbledon champion since Federer had done it himself from 2003-2007. The two had also squared off in last year’s Wimbledon final. The world No. 1 has now won nine Grand Slam titles, with just two losses against top-10 players, bouncing back after losing in the French Open final earlier this year.

“I was aware coming into the court that Roger is going to play like he always plays, his best when it matters the most. He makes you push your limiits, he makes you work hard and earn every single point,” Djokovic said after the match. “That was my approach coming into the match, knowing in the back of the mind that it added a little bit more of pressure. ”

It is Novak Djokovic's era, despite French Open final loss. No. 1 by a mile, second major of year, ninth of career. 28 and better than ever.

It was not an easy match for Djokovic, despite the final score, and he battled against Federer, whose performance at Wimbledon has been one of the most talked about storylines throughout the tournament. The Serbian native made social media waves midway through the match when, after losing a challenging point, he tried, and failed to actually rip his shirt in half: