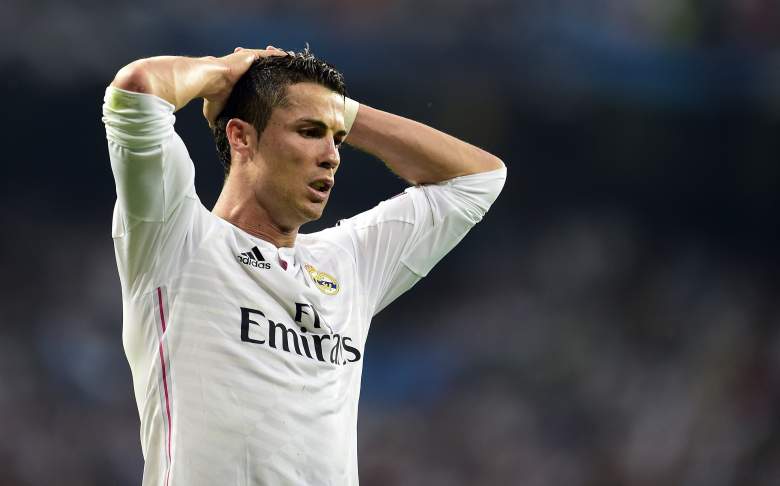 After a season without a trophy, Ballon d’Or winner Cristiano Ronaldo looks to get silverware for Real Madrid in 2015-2016. (Getty)

Real Madrid was held without a trophy in 2014-2015, as they lost in the Champions League semifinal to Juventus, the Copa del Rey to Atletico Madrid in the round of 16, and were second to Barcelona in La Liga. Real Madrid looks to earn a La Liga crown for the first time since 2011-2012 and for the 33rd time in their storied history and adding hometown goalie David de Gea would be instrumental in their title chase. They have already lost longtime goalie and captain Iker Casillas and Sami Khedira and may be losing Isco, Sergio Ramos, and Karim Benzema as they pursue the Manchester United goalie de Gea. Madrid did add Danilo from Porto this offseason, but have been on the sideline as other superpowers have made a lot of big transfers. Los Blancos still have Cristiano Ronaldo, Gareth Bale, James Rodriguez, and the stability of Toni Kroos, but Real Madrid is a notch below world champion Barcelona.

Real Madrid will open the season against La Liga newcomer Sporting Gijon but has trips to Athletic Bilbao and Atletico Madrid within their first seven games. El Clasico matchups with Barcelona will be contested on November 8, 2015 in Madrid and April 3, 2016 in Barcelona and Madrid derbies with Atletico Madrid will be on October 4, 2015 and February 28, 2016.

Read below for La Liga schedule for Real Madrid (subject to change with Champions League or Copa del Rey fixtures):