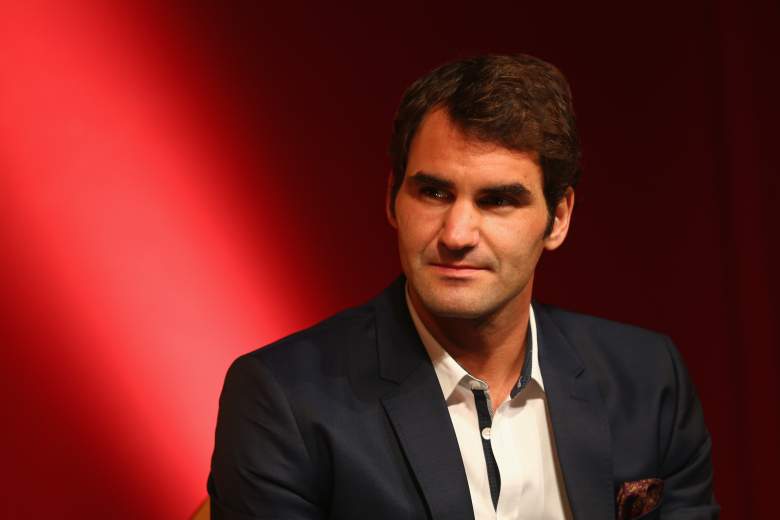 Roger Federer is a tennis phenomenon. He’s won 17 Grand Slam titles in his career (three more than Rafael Nadal and Pete Sampras) and appeared in 25 Grand Slam finals (five more than Nadal). He’s won a Career Grand Slam and come closer than any other man to achieving the calendar year Grand Slam on three separate occasions.

That on-court success has, of course, won Federer mountains of prize money. And yet, the Swiss’s off-court money-making is arguably more impressive. Read on to find out exactly how Roger Federer has amassed a personal fortune in excess of $300m. 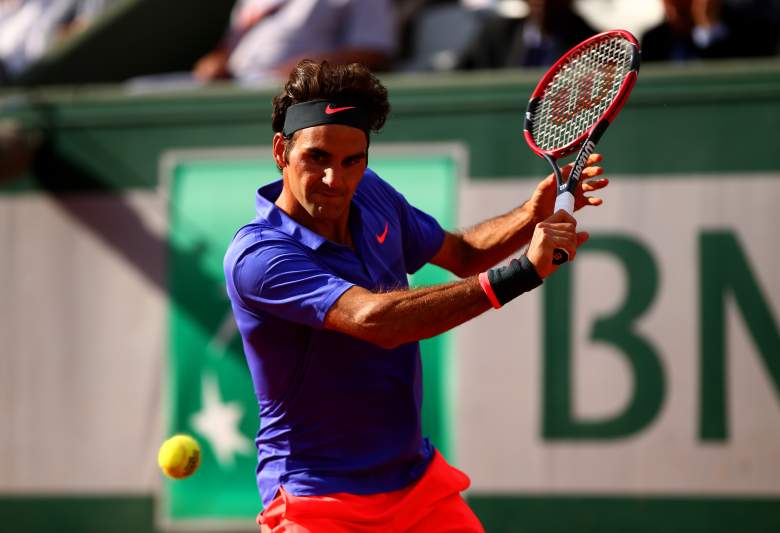 Federer in action at the 2015 French Open (Getty)

Perhaps unsurprisingly, Federer has won more career prize money than any other player in the game, currently sitting on a grand total of $90.5 million: that’s $21 million more than Novak Djokovic and over $27 million more than Rafael Nadal.

Federer won $9.3 million last year, the second richest season in his career but only a fraction of his total estimated earnings of $67 million for 2014. Interestingly, the Swiss doesn’t feature in the top five all-time highest single-season prize money records: his best one-year return – $10.1 million in 2007 – is only good enough for seventh place (or sixth, on an inflation-adjusted basis). 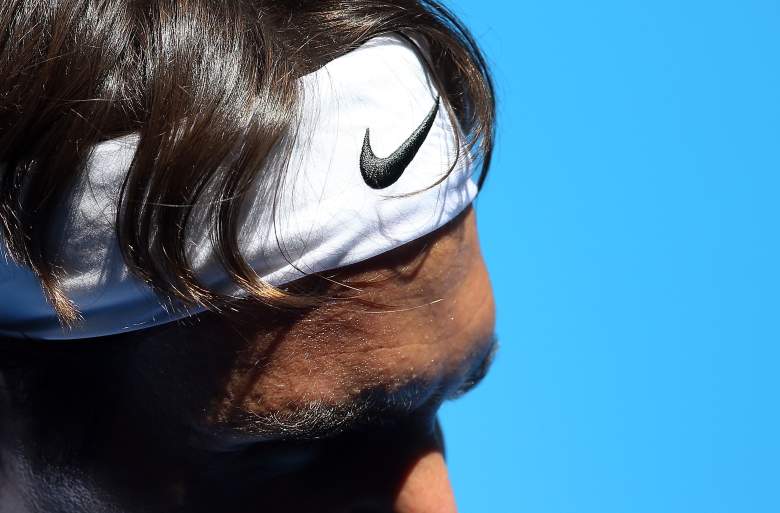 Federer signed a 10-year deal with Nike back in 2008 that guarantees him $10 million a year in payments. The contract extension represented a 10-fold increase on the “derisory” $1 million per annum pact he signed with the mighty swoosh in 2002, when the Swiss was sans-agent.

Federer’s other on-court sponsorship partner is Wilson, whose racquets he’s used throughout his career. He signed a “lifetime” deal with the equipment maker in 2006, which pays him $2 million a year. While that may not sound spectacular, it’s double what Wilson pay Serena Williams.

3. He Makes Over $30 Million a Year From Other Endorsements 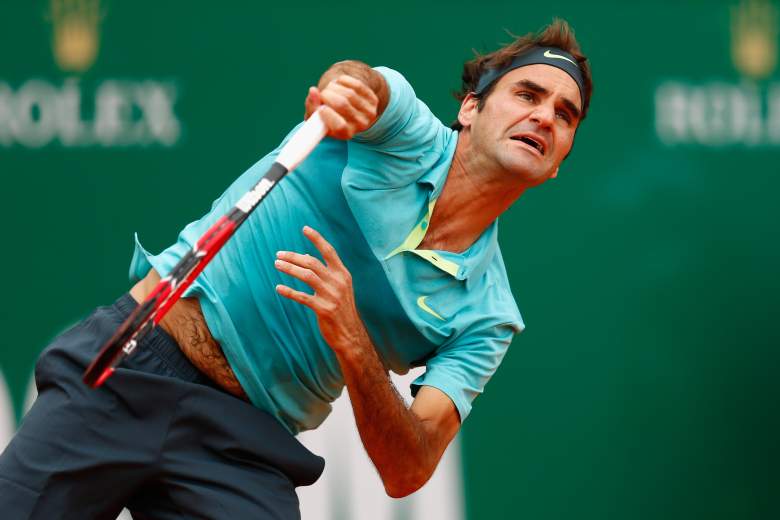 Roger Federer is one of the most popular and recognizable sportsmen in the world, both inside and out of tennis, and he subsequently has one of the largest and most distinguished portfolios of endorsements in any sport. Over the last dozen or so years, Federer’s agent – the magnificently named Tony Godsick – has negotiated deals on his client’s behalf with the likes of Rolex, Credit Suisse, Mercedes and Gilette.

In keeping with the stature of his existing sponsors and, indeed, the man himself, Federer penned a five-year deal with Moet & Chandon in 2012 that sees him receive $6 million a year and enough bubbly to drug a Blue Whale (though we haven’t verified that latter part).

In total, Federer’s suite of endorsements – including Nike and Wilson – brings in over $40 million per annum of income.

4. He Makes Makes Money for His Fellow Pros, too 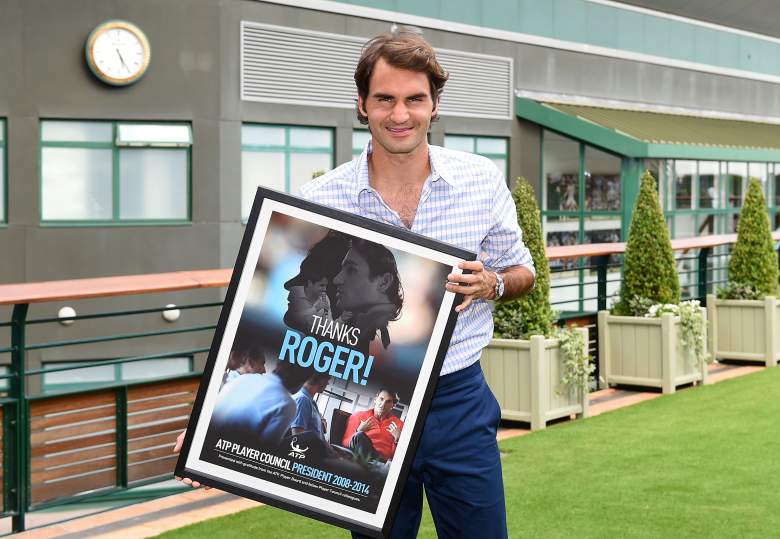 Federer receives a framed “thank you” from his fellow players (Getty)

Federer served as President of the ATP Tour’s Player Council for six years until he stepped down in August 2014. During his time as President, Federer achieved some notable increases in prize money from ATP and Grand Slam tournaments. In 2013 Wimbledon committed to increasing its total prize purse by 40%, while in the same year the US Open agreed to commit to reaching a total purse of $50 million by 2017.

Sergiy Stakhovsky, who sits on the council, lauded Federer has having “a huge impact in negotiations with his name and what he delivers for the game.” Todd Martin, a former President of the Council in the 1990s, said Federer “is remarkable because after generations of our very best tennis players not being involved in the sport from a governing standpoint, he took the bull by the horns and decided he was going to lead.”

He was replaced by American doubles specialist Eric Butorac, former vice president, who says “working closely with Federer was unreal… to have meetings with him and see how he handles everything.”

5. He Does a lot of Work for Charity 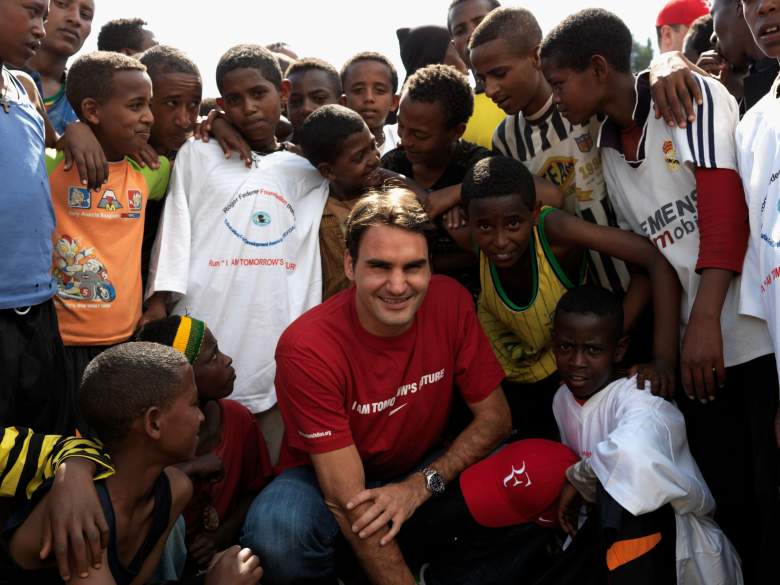 Like a number of top tennis pros, Federer has his own foundation committed to wonderful work but burdened with a terribly dreary name: The Roger Federer Foundation. The charity, started back in 2004, aims to help create a world where children living in poverty are able to take control of their future and actively shape it thanks to access to high quality early learning and education.

The foundation is run on donations and commitments from individuals and corporations, not least Federer’s own sponsors: in 2009 Credit Suisse signed up to donate $1 million per annum to the foundation over a 10-year period. In 2011 the Foundation donated $3.3 million ActionAid, a charity focused on building schools for children in Malawi.

Even when he’s not trying to be charitable he still manages to generate money for good causes. Having defeated a crest-fallen Andy Murray in the 2012 Wimbledon final, bookies paid out more than $150,000 for a bet placed a decade prior that said Federer would win seven or more Wimbledon titles. The gentleman who placed the bet, at odds of 66-1, died three years earlier, leaving his entire estate to the charity Oxfam.