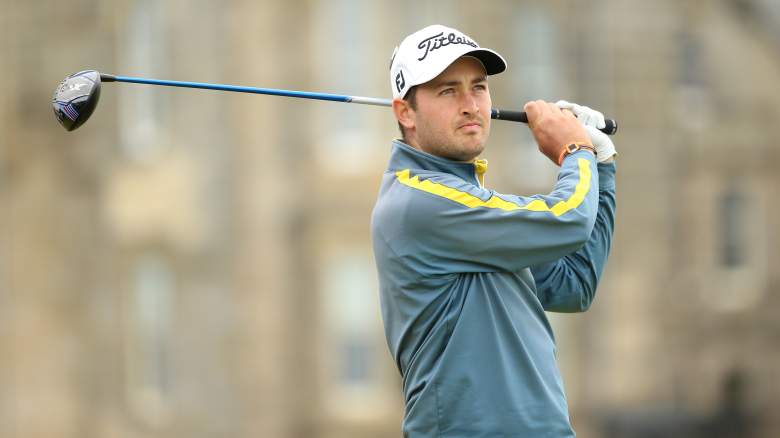 There was a lot of controversy surrounding the 11th green during the second round of the British Open. Daniel Brooks decided to circumvent that problem by sinking it from the tee box.

Check out his hole-in-one:

Daniel Brooks after his hole in 1 on the 11th @TheOpen pic.twitter.com/Gcbzgm4kHL

The ace moved Brooks, a 28-year-old Englishman who is competing in his first career major, to plus-four, meaning he’s going to need an incredible surge on the extremely difficult back nine to make the cut. But at least the newcomer has entrenched his name into the record books at St. Andrews, something not many players can say.

It was the first hole-in-one at the Open Championship since 2012.

Early Saturday morning, when the previously-delayed second round resumed, wind was approaching 40 miles per hour and another Brooks was having an entirely different experience with hole No. 11. Resuming play with his ball on the 11th green, Brooks Koepka had to repeatedly step off his ball, which kept oscillating in the wind.

Eventually, play was once again delayed before resuming Saturday night in Scotland.

As for Brooks, he took the Happy Gilmore approach: “Oh, man. That was so much easier than putting. I should just try to get the ball in one shot every time.”

Read More
British Open 2015, Golf
Daniel Brooks hasn't had a great Open Championship, but an incredible hole-in-one on the 11th will give him a moment to remember forever.