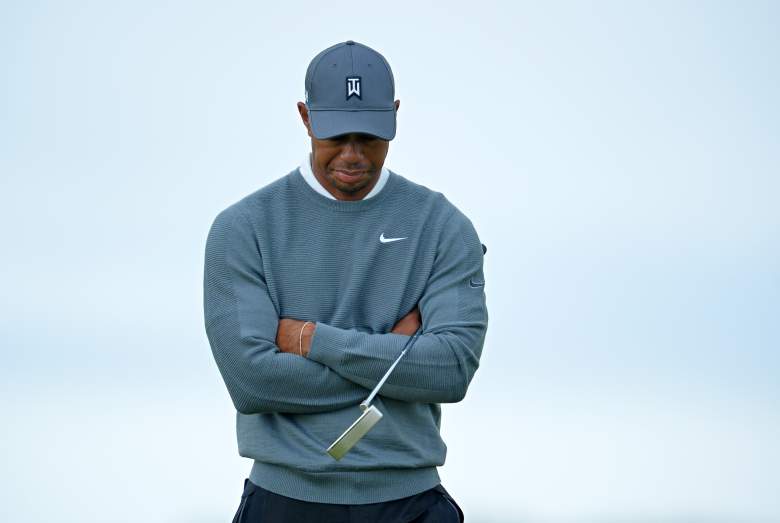 Tiger Woods had a rough day at St. Andrews. (Getty)

Coming off his best four-round score of the season, Tiger Woods appeared to be coming out of his “slump.”

Judging by his first round of the 2015 British Open, he’s not.

Woods shot a 4-over 76 Thursday at the Old Course at St. Andrews, putting him near the bottom of the field. His previous career-worst score on the course was 73. At one point, he was tied for last in the field.

But Woods feels he’s in a good position.

Discouraging, yeah. I was a angered a little bit. But I hit it really good coming home. I made some good clutch putts. I just needed to put those balls in position for birdies instead of pars.

Woods tees off at 9:56 a.m. Eastern in Friday’s second round.

Over the 4th of July weekend, Woods finished tied for 32nd in the Greenbrier Classic after shooting a 7-under 273, his best score of the golf season.