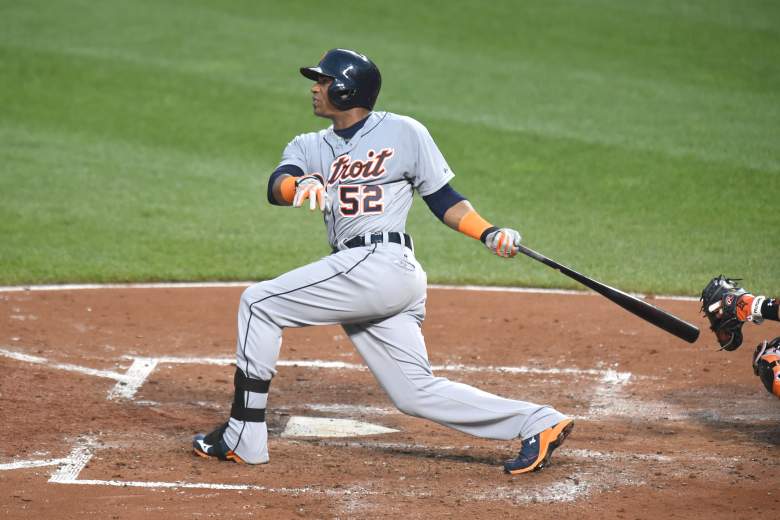 As per usual, things got a little crazy at the tail end of the MLB trade deadline on Friday afternoon.

Following their debacle with Wilmer Flores and the crying in the infield, the New York Mets were looking for some way to redeem their collective organization. They might have done just that. Minutes before the official 4 p.m. deadline New York struck a deal with the Detroit Tigers to acquire outfielder Yoenis Cespedes, according to multiple media reports.

Source says Cespedes has been dealt to the Mets .

Although the deal is still pending medicals, of course, it seems like a lock that the former All-Star will be heading to Queens. But what, or rather who, does Detroit get out of this trade? Check it out:

Michael Fulmer has been informed of trade to Detroit. Luis Cessa according to multiple reports also going.

That’s Michael Fulmer, a pitcher in the Mets minor league system who was drafted in 2011. He most recently spent time on the mound for the AA Binghamton Mets, boasting a 6-2 record and 2.03 ERA in 93 innings pitched. He’s started in 16 games this year and struck out 92, a career best. Even when he messes up, he finds a way to strike out batters:

Luis Cessa, another Mets pitching prospect, will also be heading to Detroit as part of the deal. The Mexico native pitched in AA Binghamton earlier this summer, with a 7-4 record, before moving up to AAA Las Vegas. Cessa was an all-star with the B-Mets, discussing his approach to the Press and Sun-Bulletin:

It has not been an easy go recently though and he heads to Detroit with an 0-3 record and fairly abysmal 8.51 ERA in just 24.1 innings pitched.

Read More
Baseball, Detroit Tigers, MLB, New York Mets
After a late push minutes before the trade deadline the New York Mets reportedly acquired OF Yoenis Cespedes. But who did Detroit get?