It has been a while since confetti rolled down in Jerry’s World as Ohio State won the first ever College Football Playoff. Although, according to both preseason polls, many expect the Buckeyes to pick up right where they left off.

The Buckeyes have as many as three capable starting quarterbacks, even though Braxton Miller has already switched positions from quarterback to wide receiver. The beginning of the 2015 season will be marked by quite a new faces at quarterback. Many of the nation’s top teams still have not announced who will start for them at quarterback.

Here are five names you need to know during the college football season:

Jeremy Johnson has been gaining popularity among analysts and fans alike over the offseason. Johnson is the new starting quarterback for the Auburn Tigers. Part of his appeal is he is somewhat of a known commodity. He backed up Nick Marshall for the past two seasons, but did end up playing in a few games.

He started the opener last season against Arkansas as Marshall was suspended for the first half. He completed his first eight passes which accounted for 204 yards and two touchdowns. Johnson finished the game 12-of-16 passing attempts for 243 yards and 2 touchdowns.

Marshall started the second half and the rest of the games to the confusion of some fans. Johnson does not provide quite the athleticism that Marshall did, but has a much better arm. Many project Auburn to be one of the best teams in the country at season’s end, including Sports Illustrated who ranked them number two. 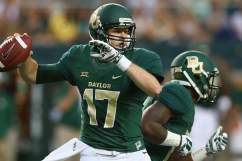 There has been no bigger buzz around a player changing schools than Vernon Adams. Adams transferred to Oregon from Eastern Washington, a Division I school. The expectations are high for Adams due to his play against FBS opponents like Washington and Oregon State. In 2013, Adams led Eastern Washington to victory over Oregon State and had an insane game. He finished 411 yards passing, 107 yards rushing and 6 touchdowns.

Adams had one class to finish at Eastern Washington and there were concerns he would not be finished in time to enroll at Oregon. It remains to be seen whether he can plug right into Oregon’s offense without the program having a major drop off, but there is a lot of hope among folks in Eugene. 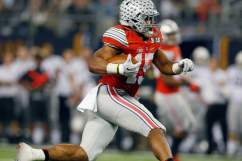 Prescott received a few votes for the Heisman trophy last season. He finished the year with 3,449 passing yards and 27 touchdowns. He also is a threat with his legs and rushed for 986 yards and 14 touchdowns. He ranked in the top ten in rushing yards among all players in the conference, even as a quarterback.

The concern with Prescott this year is the team around him. Many of Mississippi State’s starting offensive players left. Prescott alone is enough to watch Mississippi State this year. If he can receive some help from his teammates, Prescott will be among the top quarterbacks again. 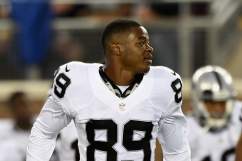 According to OddsShark, Boykin is tied with Ohio State running back Ezekiel Elliott as the favorite to win the Heisman Trophy. Boykin caught the college football world by storm last season. He started his career with TCU playing a mix of running back and wide receiver. In the 2014 offseason, TCU installed an air raid offense and named Boykin the starting quarterback.

Boykin flourished and helped keep TCU in the conversation to make the College Football Playoff. It would be hard for Boykin to top last season, but the Horned Frogs enter the season as one of the best teams in the country. 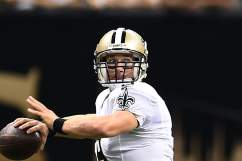 Baylor has come a long way as a program. After more than a decade as a team at the bottom of the conference, Baylor is widely considered one of the favorites to win the Big XII. One of the things Baylor has done is have the ability to move from one quarterback to another. When Robert Griffin III left there was a seamless transition to Bryce Petty.

Now Petty has moved on to the NFL and Russell will take over for the Bears. According to The Dallas Morning News, Petty does not have the arm strength that Petty possessed but he is extremely fast. There is little doubt Baylor accents his strength with some quarterback options and designed runs.

Read More
College Football
With college football season here we get you ready for the season with stats, highlights and analysis of the top quarterbacks of 2015.