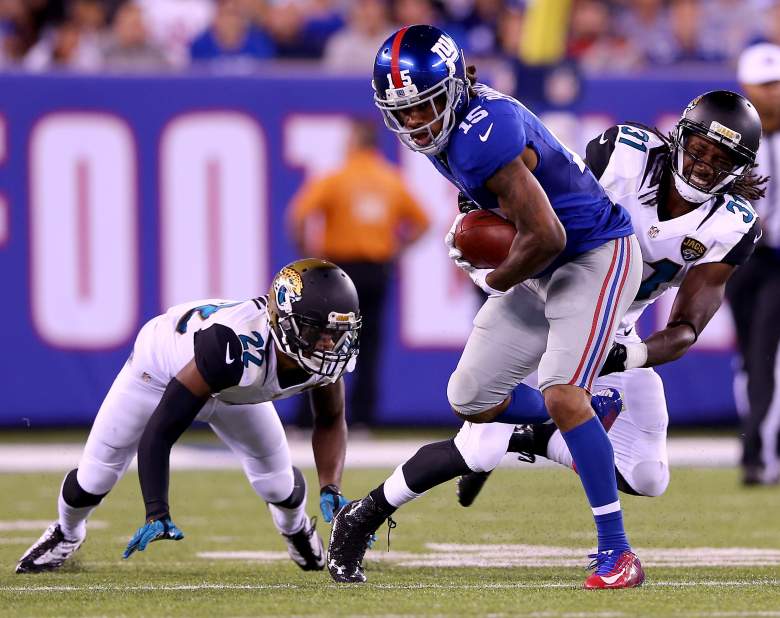 The New York Giants got their first preseason victory of the year on Saturday night but it cost them most of their defensive secondary.

The Giants, already spread thin at the defensive back position, saw their numbers dwindle even more in the secondary as Justin Currie fractured his ankle and Bennett Jackson left the game with a knee injury. Add into the mix that linebackers Mark Herzlich and Jon Beason also sustained injuries and this victory is looking a little bit more like a defeat.

So at the moment, the Giants have three healthy safeties, Jeromy Miles, Justin Halley and Brandon Meriweather.

Eli Manning and the New York first-string offense struggled once again as Odell Beckham Jr. is still searching for his first reception of the year. Manning went 4-for-14 for 46 yards.

The Jacksonville Jaguars were kept out of the end zone in the second preseason game of the year, held to 244 total yards overall. Starting quarterback Blake Bortles once again saw a good amount of on-field action, racking up 98 yards on 50% passing. Click here for a full box score of the game.

Giants up 19-9 after Ryan Nassib hits Dwayne Harris for the score! #JAXvsNYG pic.twitter.com/uJl0xEL2fa

It took a little while but someone finally found the end zone.

New York backup quarterback Ryan Nassib, who saw most of the action under center in the preseason matchup, found Dwayne Harris on an eight-yard slant with just over 13 minutes left in the fourth quarter. The Giants had previously taken the lead on a 37-yard Josh Brown field goal late in the third quarter. 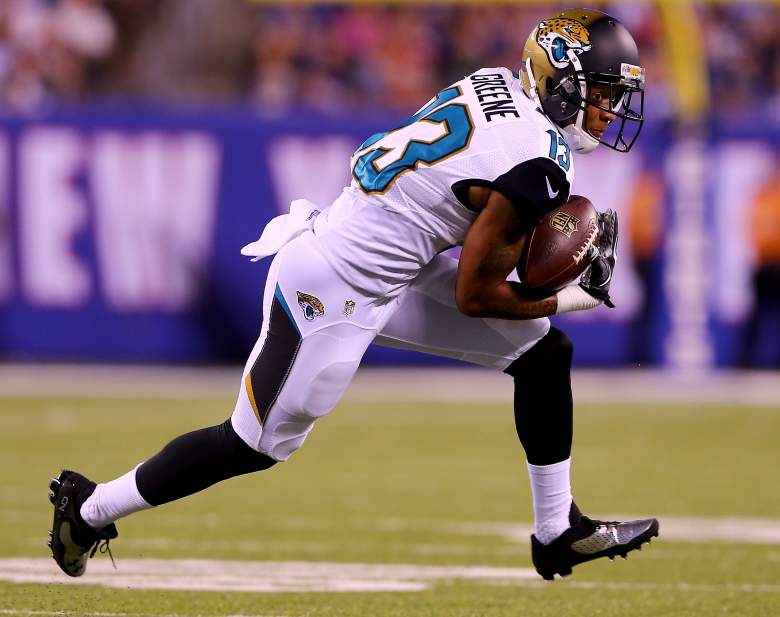 Jacksonville WR Rashad Greene hauled in a pair of receptions for 14 yards in the first half of Saturday’s preseason game. (Getty)

Both teams struggled to find a rhythm on the offensive side of the ball, combining for just 19 first downs in the first 30 minutes of play. The Jaguars got a bit of an edge with 160 total yards while the Giants weren’t too far behind with 138 yards of their own.

New York’s first team offense struggled again though and injuries continued to deplete the Giants already depleted defensive unit. Eli Manning played into the early minutes of the second quarter, going 4-for-14 for 46 yards. Plenty of those incompletions were on the shoulders of the Giants wide receivers, as the corps failed to haul in on-point passes from Manning. In the same vein, Odell Beckham Jr. is still without a preseason catch.

On the Jaguars side of things, Blake Bortles went 8-for-16 for 98 yards.

Injuries the Name of the Game for the Giants 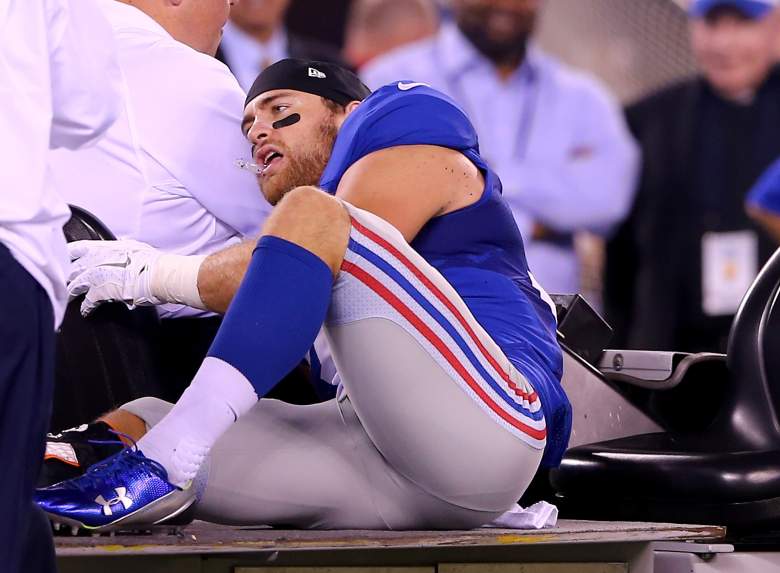 When it rains, it pours. So to speak.

The Giants brought in new names to add a bit of cushion to a depleted secondary and then saw that cushion evaporate when Justin Currie went down with an ankle injury late in the first quarter. He was immediately put on the cart and in an air cast and ruled out for the rest of the game.

Then, linebackers Mark Herzlich and Jon Beason were declared out with, respectively, a concussion and knee sprain. If you’re interested in not-so-fun stats, here you go:

Giants were missing 14 players at the start. Now without Herzlich, Currie, Beason. Now 18.9% of their 90-man roster is out.

Giants perfecting the bend-but-don't-break approach to defense. Allow two FGs. Down 6-0 to Jaguars.

Jacksonville moved the ball well early, marching down the field on back-to-back drives. But the Giants defense, which has been decimated by injuries, particularly in the secondary, was able to hold strong in the red zone, giving up just six points.

Still, the numbers were fairly jarring for the Giants defense. In their first two drives the Jaguars racked up 101 yards, including 82 yards through the air as starting quarterback Blake Bortles once again found a rhythm. 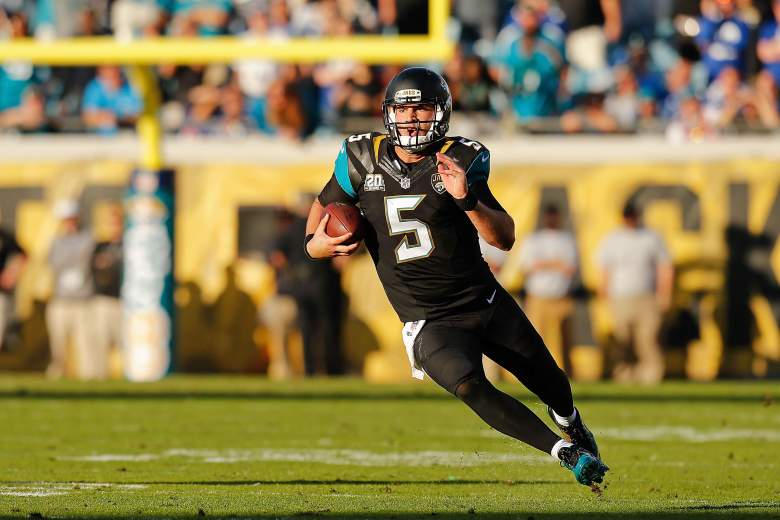 Jaguars quarterback Blake Bortles is expected to play at least the first half of Saturday’s preseason game. (Getty)

The New York Giants fully expect their starters to play on Saturday night. They need to. Despite playing most of the starters into the second quarter during the Giants preseason opener against the Cincinnati Bengals last week, New York didn’t see much production from its top guys and as far as coach Tom Coughlin is concerned, that’s not good news.

What does Coughlin expect from those starters in game two? “Improvement,” he said. “Improvement.”

The Jaguars, meanwhile, looked good offensively in week one and are now turning their collective attention to defense – and forcing turnovers. Jacksonville ranked No. 25 in the league in forced turnovers last year and didn’t create one against the Pittsburgh Steelers last week. The starters are expected to play at least one half on Saturday night and, for the defensive guys, the goal is mistakes; forcing them.

Kickoff for the week two preseason game is slated for 7:30 p.m. ET. It will be broadcast locally in Jacksonville on WJXT 4 and on NBC 4 in New York. Click here for a full TV schedule.

Read More
Football, Jacksonville Jaguars, new york giants, NFL
The Giants got their first preseason victory of the year but paid the price with even more injuries. So, who exactly is left in the secondary?