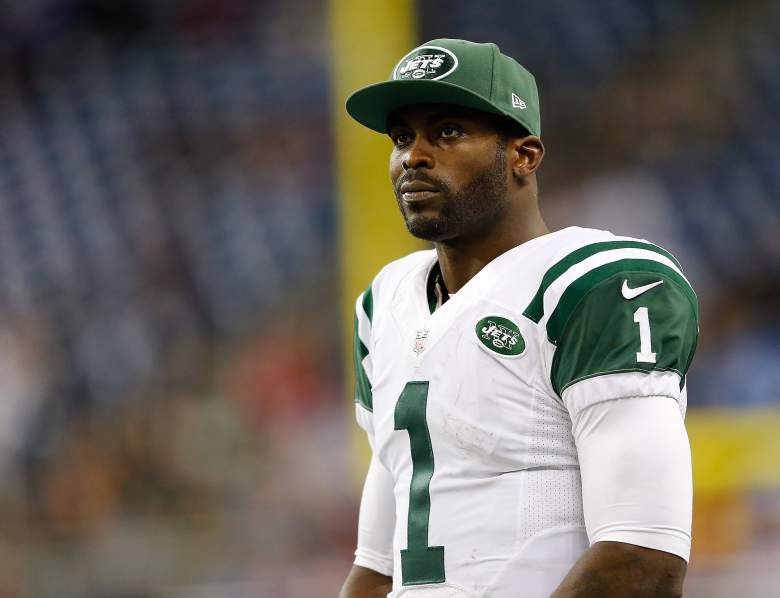 Michael Vick is reportedly ready to sign with the Pittsburgh Steelers as the squad’s new backup quarterback. (Getty)

The ups and downs of Michael Vick’s football career continued on Tuesday afternoon as the veteran quarterback reportedly met with the Pittsburgh Steelers, intent on signing a contract with the squad.

Vick, who entered free agency this summer, was brought into Pittsburgh after backup quarterback Brad Gradkowski was injured in last week’s preseason game against the Green Bay Packers. This is just the latest chapter in the Vick-Steelers relationship, one that goes back more than six years. Here’s what you need to know about the move and Vick’s winding road through the NFL:

1. Vick Met With the Pittsburgh Steelers Coaching Staff on Tuesday 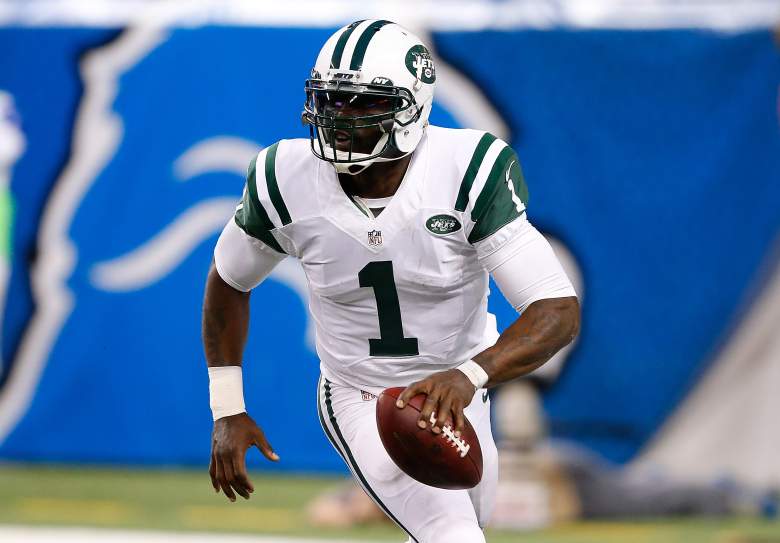 Free-agent quarterback Michael Vick reportedly met with Steelers coaching staff and front office on Tuesday, according to a report by ESPN’s Adam Schefter and Josina Anderson. 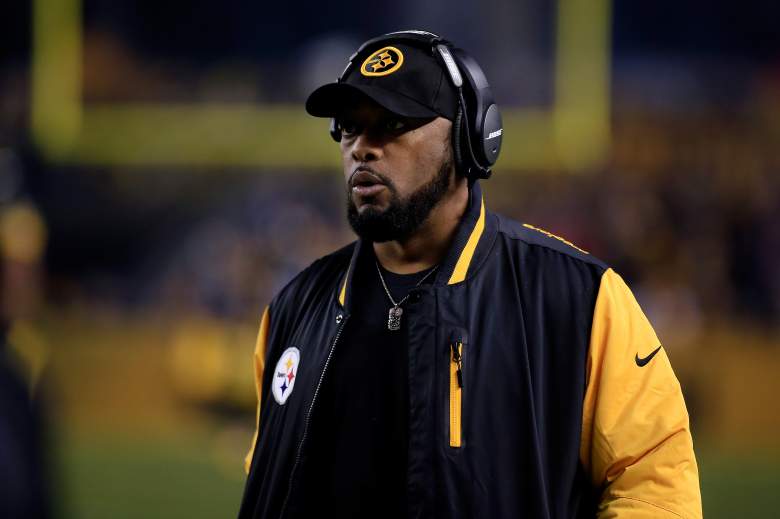 Steelers coach Mike Tomlin and Vick are both from the same area in Virginia. (Getty)

Vick and Steelers coach Mike Tomlin are both from the Tidewater area of southeastern Virginia and the two have wanted to join football forces for years. In fact, Tomlin had reportedly reached out to Vick after the quarterback was released from prison in 2009 following dog-fighting charges.

But according to the Pittsburgh Post-Gazette’s Ed Bouchette, the move didn’t happen for several reasons:

Two things prevented Tomlin from bringing Vick to Pittsburgh. The main reason was the Rooneys were dead set against it. They had no desire to bring on a felon, just out of prison, and all the negative reaction his signing would bring, both internally and externally. Plus, the Steelers were reigning Super Bowlchamps. Who needed that headache?

Vick went on to sign with the Philadelphia Eagles in 2009. He agreed to a one-year deal with an option for a second and, according to ESPN, the first year of the deal was worth $1.6 million with the second-year option worth $5.2 million.

3. The Steelers Are Low on QB’s After Backup Bruce Gradkowski Was Injured 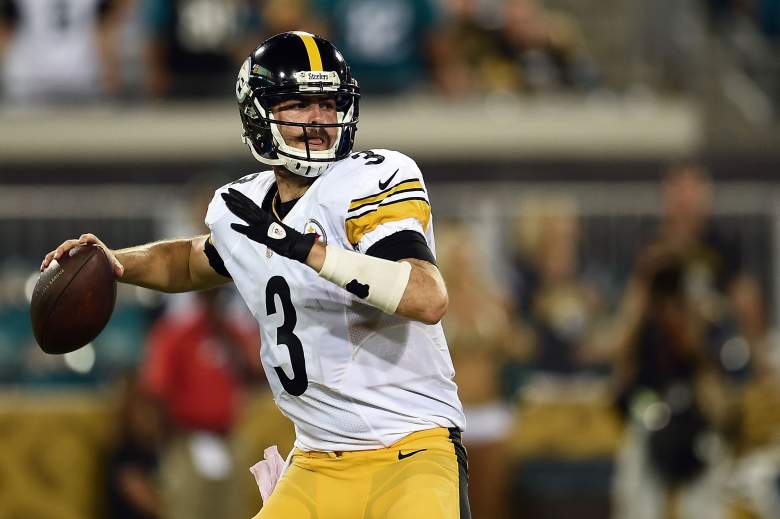 Third-string quarterback Landry Jones is fighting for his roster spot after injuries have hurt the Steelers quarterback depth. (Getty)

Here's one reason Michael Vick is headed to Pittsburgh: Bruce Gradkowski dislocated his left finger and is having surgery today, per source.

Not much. And even less after backup Bruce Gradkowski dislocated a finger in his left hand during last week’s preseason game against the Green Bay Packers. The injury comes after Gradkowski had experienced arm fatigue in the spring and started training camp on the Physically Unable to Perform List.

That leaves third-year quarterback Landry Jones as the only other passer on the Pittsburgh depth chart and has forced the Steelers to scramble a bit for another backup.

After spending time in an Eagles uniform, Vick took on a different shade of green last season, playing with the New York Jets. The veteran quarterback, who signed a one-year contract worth $5 million, appeared in 10 games, starting in three. He finished the year with 604 total passing yards on 64-of-121 passes and threw for three touchdowns and two interceptions. He also rushed 26 times for 153 yards.

Vick made sure to let teams know that he was ready to keep playing football over the summer, tweeting out a video of his offseason workouts:

There were a handful of reports on Vick’s football future at the end of last season, ranging from the Jets letting him hit free agency to a Peter King report in Sports Illustrated that the market for the QB was “somewhere between grim and nonexistent.” 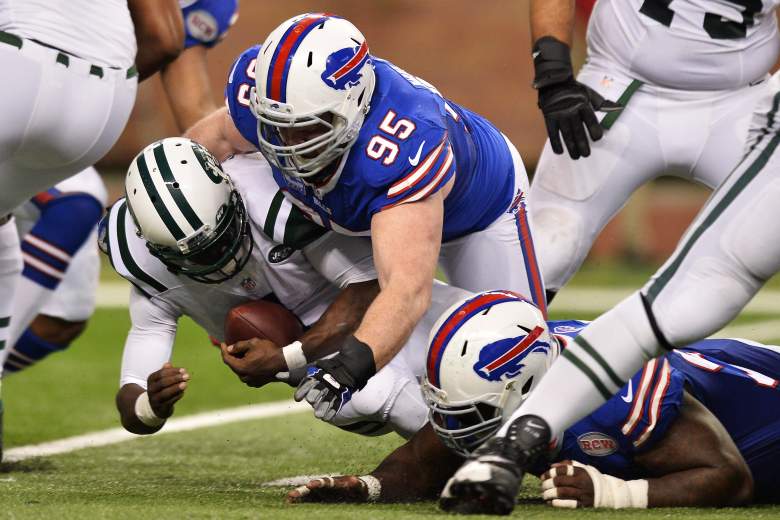 Vick almost became a Bill this offseason but his less-than-ideal outdoor performances prevented the move. (Getty)

After spending time together in New York last season, former Jets and current Buffalo Bills coach Rex Ryan said earlier this month that he had considered signing Vick during the offseason. However, he opted against the move due, in part, to Vick’s consistent struggles playing in bad weather. It does, after all, snow quite a bit in Buffalo.

Mike’s an outstanding athlete, he’s a tremendous person. I really enjoyed my year with Mike [last season with the Jets], and he’s great for a team. However, our conditions are a little different than most teams in this league. And Mike will tell you, he’s not built really [to be] a bad-weather quarterback. He doesn’t have great, big hands, and the weather affects him some. And he’d be the first one to tell you.

Instead of signing Vick, Ryan opted to trade for veteran Matt Cassell and signed former Baltimore Ravens backup Tyrod Taylor. The two have been competing for the starting quarterback job throughout the preseason.

Read More
5 Fast Facts, Football, NFL, Pittsburgh Steelers
The veteran quarterback met with the team after an injury to Pittsburgh backup Bruce Gradkowski. Here's the details on the move.