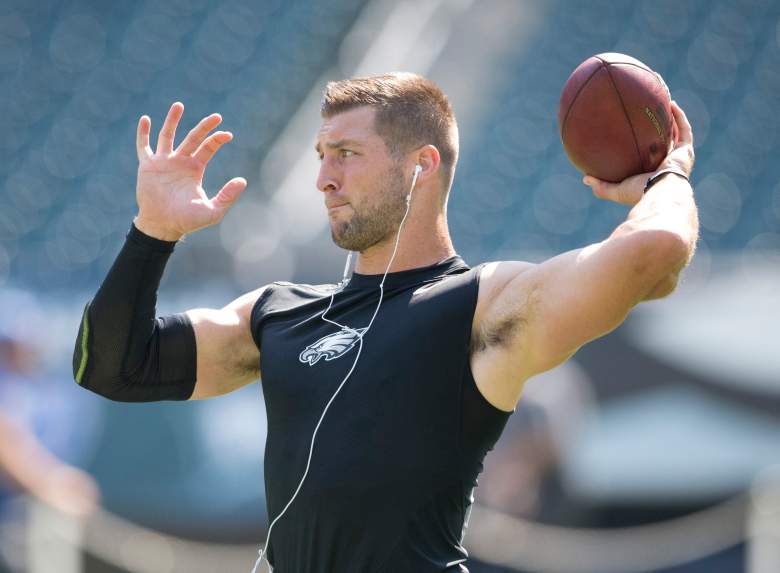 The Philadelphia Eagles quarterback, currently competing for a spot as the team’s No. 3 quarterback, hadn’t played a snap under center since 2013 and his much-heralded return was a mixed bag of good, bad and sometimes questionable. So, things were going as usual.

Tebow entered the game midway through the third quarter and finished the day 6-for-12 for 69 yards and one rushing touchdown.

“We’re just trying to get better every single day and today was just the next step. It’s a learning opportunity,” Tebow said on the NFL Network after the game. “So we’ve got to take it, go look at the film and try to correct some things. It was also just a lot of fun to come out here and play.”

It was a fast start for the former Florida standout who began the game 4-of-4 in the air and entered the pregame matchup to fairly raucous applause at Lincoln Financial. Then, things took a bit of a downward turn.

Tebow spent far too much time in the pocket, opting to hold onto the ball when he probably should have let it go and, as a result, he was sacked three times for a total loss of 28 yards. There was a late-game highlight though, adding tot hat mixed bag, as Tebow padded the Eagles lead with a seven-yard touchdown run in the fourth quarter. Check it out:

All in all, it wasn’t a dominant performance for a guy looking to keep his job but it was horrible either. Tebow looked, for better or worse, like Tebow. 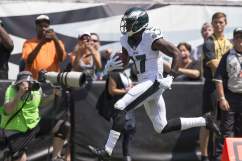