Google is highlighting the start of the 2015 US Open with its latest doodle on Monday. Marin Cilic and Serena Williams are ready to defend their titles in Flushing Meadows, Queens while Williams is also looking to complete “calendar-year Grand Slam.”

Here’s what you need to know about this year’s Open and results: 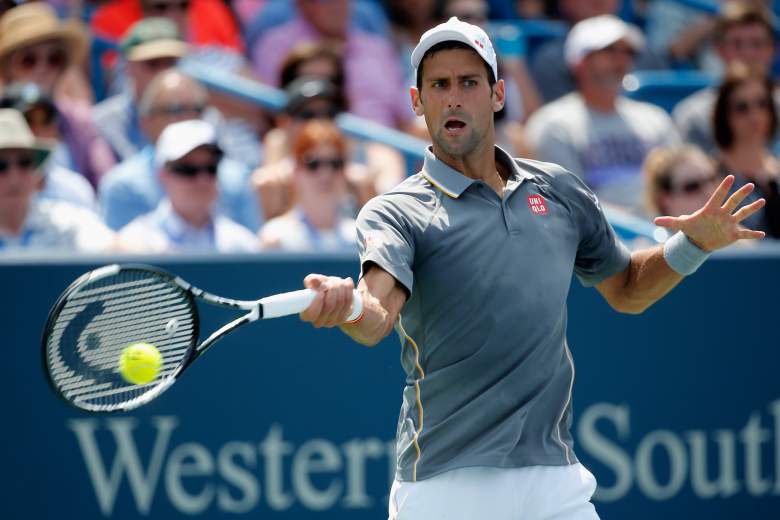 No. 1 Novak Djokovic is looking for his second-straight Grand Slam title after notching a victory at this year’s Wimbledon tournament. (Getty)

Some of the top names in tennis head out to the court on Monday in the opening round of the US Open, including Serena Williams, Novak Djokovic and Rafael Nadal. Matches get underway at 11 a.m.  Make sure to check back throughout the day to see the results of these top matches and click here to see results in real-time:

One of the biggest upsets of the day came when un-seeded Dominika Cibulkova defeated No. 7 Ana Ivanovic in three sets. Check out more on the Slovakian standout here: 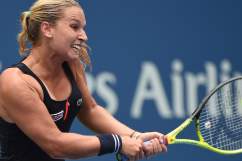 Serena Williams Is Going for Her Fourth Grand Slam This Year 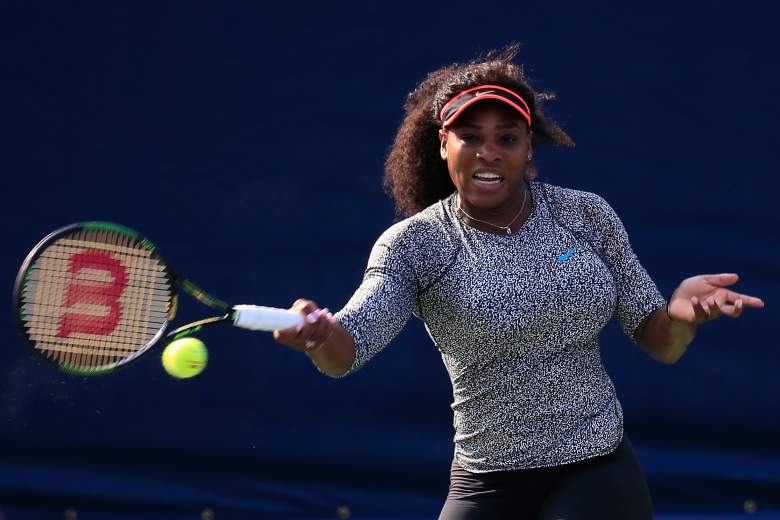 Serena Williams is looking to add to her tennis legacy as she goes after yet another title at this year’s US Open. (Getty)

Serena Williams is nothing short of dominant. The long-time tennis pro has dominated the athletic circuit for years and now she’s going for even more history. The world No. 1 is looking to notch her fourth Grand Slam title this calendar year, becoming the first tennis player to do so since 1988.

So excited to be in New York for the #usopen! Ready to take on the heat @missionathlete #keepyourcool #onamission pic.twitter.com/1lsRy4d6Bb

The last player to win the calendar grand slam was Steffi Graff. Williams, meanwhile, has been on a roll and the odds are more than just in her favor to add to her legacy in New York this September. According to Oddsshark, Williams is the -125 favorite at the US Open this year.

Williams rolled through her opening round match, defeating Vitalia Diatchenko 6-0, 2-0 before the Russian player was forced to retire due to injury. The world No. 1 won all eight of her first-round games with ease. Check it out:

#Serena punctuated this rally with a winner shortly before she moved into R2. #usopen @chase http://t.co/GCM70rNri8

Maria Sharapova Already Pulled Out of the Tournament 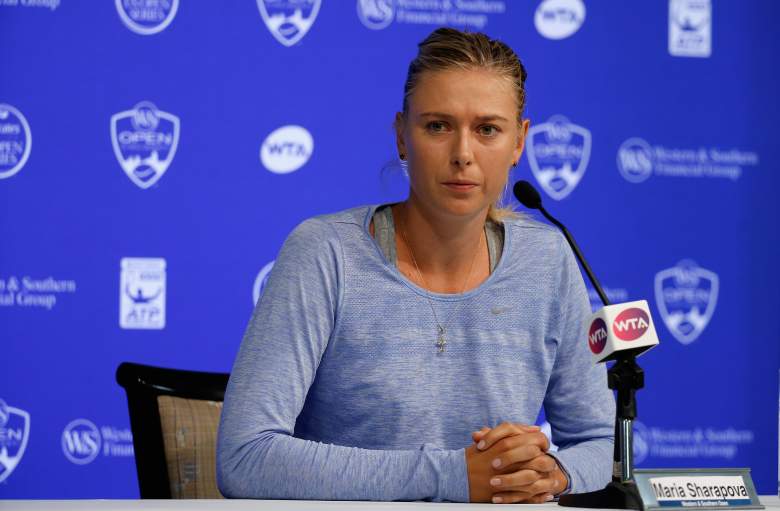 Maria Sharapova won’t be making an appearance in Flushing this year, after withdrawing from the US Open earlier this week. (Getty)

The World No. 3 has not played tennis since falling to Serena Williams at Wimbledon and now she officially won’t play in New York. Sharapova, the world No. 3, pulled out of the US Open on the eve of the the tournament, citing injury issues.

Sharapova, who has won five Grand Slams during her career, was due to play No. 37 Daria Gavrilova on Monday in the US Open.

The Tournament is Held in Flushing Meadows, Queens

The US Open is held in Flushing Meadows in the Queens borough of New York City. It’s the fourth and final tennis Grand Slam of the year after the Australian Open, French Open and Wimbledon.

This year marks the 100-year anniversary of the tournament and New York City joining forces in the sport. Prior to that, beginning in 1881 the men’s singles events were held at The Casino in Newport, Rhode Island, the site of the current International Tennis Hall of Fame. In February 1915, the USTA voted to move the national men’s single championship to the West Side Tennis Club in New York. The New York Times wrote:

The success with which the Davis Cup matches were managed at Forest Hills last summer justifies the belief that the event will be run off smoothly and the tennis fans to see the game may be counted upon to raise a loud howl if anybody tries to take their fun away. The exclusiveness which has heretofore surrounded the national championship has been swept aside and the competition brought into the very heart of the tennis centre of this country.

There had been some discussion of moving the Championship to different cities each year but the success in New York was too much to pass up. The Tournament was officially moved to the USTA National Tennis Center in Flushing Meadows in 1978.