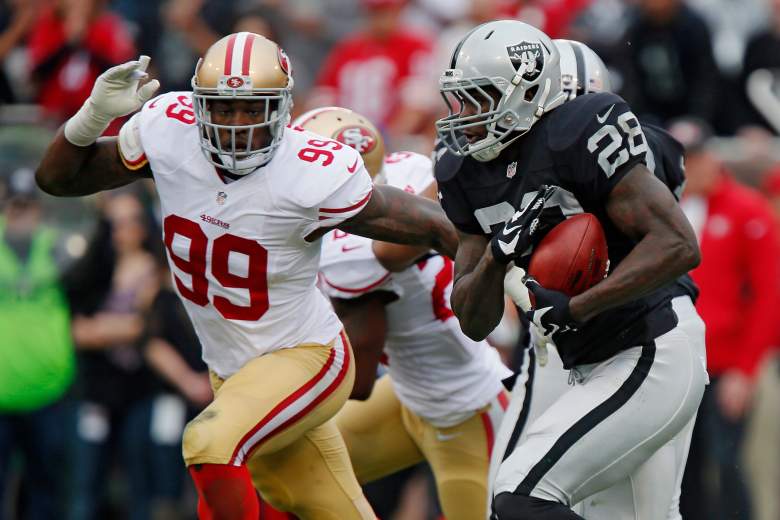 Aldon Smith will move across the Bay Area to play for Oakland. (Getty)

Former 49ers sack machine Aldon Smith agreed to a one-year contract with the Oakland Raiders on Friday. Jason Cole of Bleacher Report broke the story, which came as a surprise to most given the start of the season comes Sunday.

1. The Signing Comes 2 Days Before the Regular Season 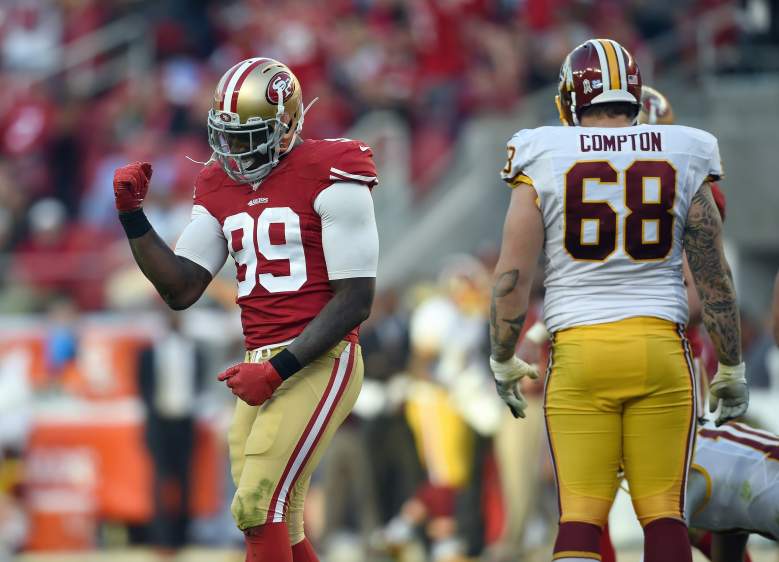 The Raiders kick off the NFL season on Sunday at home against the Cincinnati Bengals. It is unclear when Smith would be eligible to play for the team. There are currently no suspensions levied against the player and members of the media are reporting he can play Sunday if he’s ready.

He has yet to be disciplined for his latest act, a DUI arrest in August that led to his release. The NFL almost assuredly will have a response to the move.

If Smith is able to suit up for the Raiders at any point, he and second-year player Khalil Mack could be a potentially devastating pass rushing tandem. 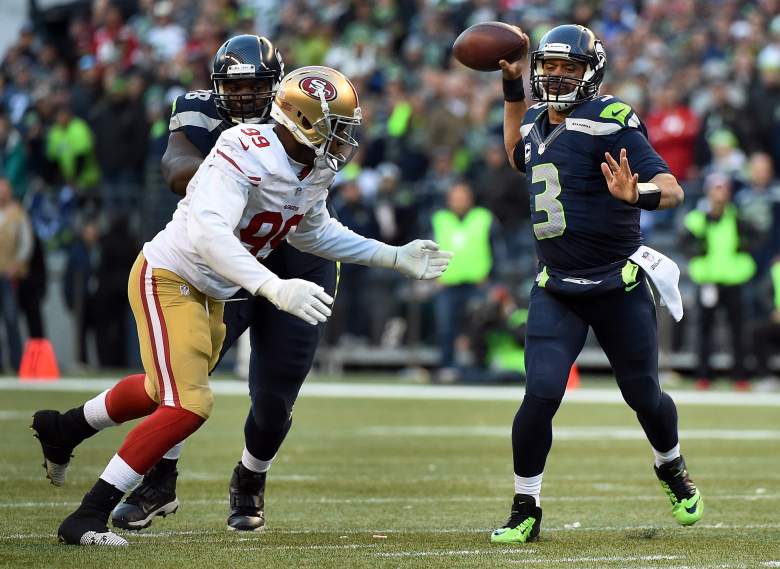 Smith had four sacks in eight games against Russell Wilson and the Seahawks. (Getty)

Smith was released from the 49ers in August. Multiple teams had expressed interest in Smith, who had 33.5 sacks in his first two years in the NFL. According to the NFL Network’s Ian Rapoport, the Buccaneers, Jaguars and Rams showed some level of interest.

Smith’s contract per Cole is incentive based, but could pay him up to $8 million for the season. Cole also said that Smith turned down more money from other teams to join Oakland.

Deal for Aldon Smith with #Raiders is worth up to $8M for the year with roster incentives. Smith turned down more $ from other teams …

Because Smith is a repeat offender with the NFL, there is a chance he is suspended for the entire season and never plays a game for the Raiders.

3. Smith Has Battled Legal Troubles Over the Past 2 Seasons 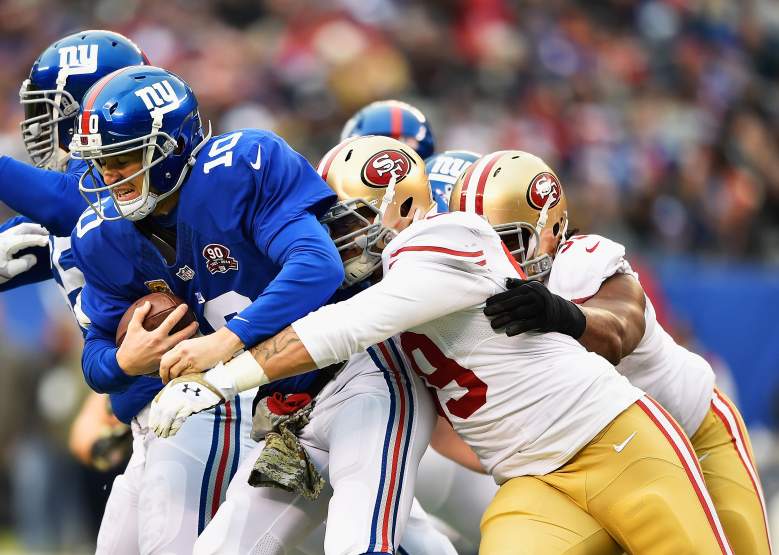 The San Francisco 49ers selected Smith seventh overall in the 2011 NFL draft, and his monster start to his career caused his stock to soar. However off-the-field issues have prevented Smith from joining the top stars in the league.

He was arrested in Sept. 2013 on drunk driving charges, and missed five games as a result.

Smith has been arrested a total of five times.

This doesn’t even count when he got in hot water for making a bomb joke made at an airport in Los Angeles last year.

4. He Had His 3rd DUI-Related Arrest In August 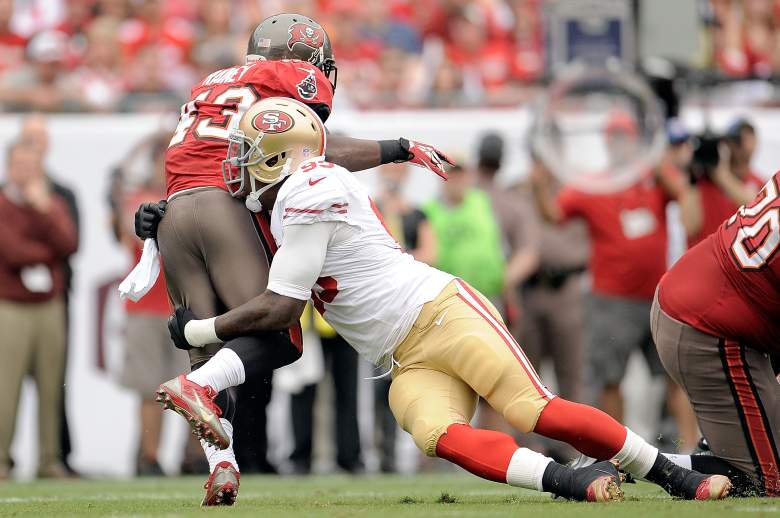 Smith was arrested for a hit-and-run DUI and vandalism in early August right before the preseason started. There has yet to be a legal conclusion or an NFL reaction to the incident.

Smith had a nightmare 2014, registering just two sacks in seven games after returning from the nine-game suspension. That came with the collapse of the 49ers and their defense; San Francisco went 8-8 last year after winning double-digit games the previous three seasons.

Prior to Smith’s latest arrest, he was allegedly involved in an altercation with former teammate Colin Kaepernick.