Those looking for Chris Fowler on ABC’s Saturday night Game of the Week will see Rece Davis in his place. No, Davis is not taking both Gameday and the play-by-play duties away from him. Rather, Fowler is calling the US Open this week and was unable to make the game in East Lansing. Fowler is expected back for next week’s Game of the Week.

For over two decades Chris Fowler hosted ESPN College Gameday but the network announced over the offseason that a mutual decision was made for Fowler to step away from Gameday. Rece Davis is now the new host of College Gameday.

Fowler decided to make the move for a few reasons. One is to focus on calling ABC’s Game of the Week. Last season, Fowler juggled hosting Gameday then flying to wherever the game happened to be in order to do play-by-play with Kirk Herbstreit. Additionally, he calls tennis matches as well so it frees up a bit more time to focus on live play-by-play broadcasts.

Fowler was recently asked by Sports Illustrated whether he would watch College Gameday now that he is no longer on the show. He had this to say:

On the 2015 kickoff show, College Gameday did a touching tribute to Fowler and brought him on to the set for a live interview. The entire Gameday crew was visibly emotional about the tribute. Afterwards, he sent out a series of tweets in response to the experience:

Surreal morning: Heading to @CollegeGameDay as a guest. Means a lot to me to be able to say Thank You to so many for 25 wonderful seasons

Thank you for ALL the kind words today! @CollegeGameDay team, I truly appreciate the beautiful tributes. barely kept it together this am 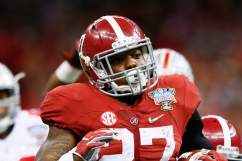 Read More
College Football, Football
Chris Fowler is no longer the host of ESPN College Gameday. Find out the details of the future of Fowler as well as College Gameday.