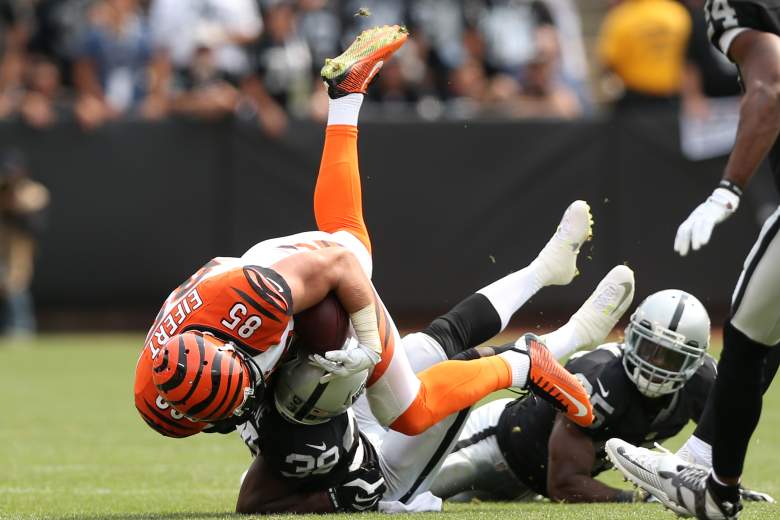 It was a difficult game for the Raiders. They lost starting quarterback Derek Carr in the second quarter, and he was not able to return. Amari Cooper had five receptions for 47 yards in his NFL debut. Marcel Reece had both of the Raiders touchdown receptions.

Here are the highlights from the game:

.@Bengals RB Jeremy Hill picking up RIGHT where he left off in 2014. 3 yard TD run in the black hole. #FantasyFootball #SXMGameday

After the Raiders were unable to do anything on offense, the Bengals drove down the field. Jeremy Hill ran it in for a 3-yard touchdown pass on the Bengals very first possession.

Cooper Had a Nice First Catch

Amari Cooper showed his amazing footwork on his first NFL catch. Cooper had two receptions for 30 yards in the 1st quarter. Otherwise, the Raiders offense had a slow first quarter.

Derek Carr Was Taken to the Locker Room

QB Derek Carr has a hand injury and his return is questionable.

Carr hurt his hand during the second quarter. It is believed that the injury occurred after he hit his hand on a Bengals player’s helmet. His return to the game was ruled as questionable.

Hill had a good start to the game. He scored his second touchdown of the game in the second quarter. Early in the third quarter he had 12 carries for 41 yards.

Eifert Scored a Touchdown Before Halftime

Tight end Tyler Eifert scored a touchdown for the Bengals. It is great to see him on the field again. He suffered a broken arm at the beginning of last season.

Second touchdown pass from Dalton to Eifert. This one covered 8 yard. A lot of fans head home. Bengals 30-0 after PAT is blocked. @WCPO

The tight end had a great game. At the beginning of the 4th quarter, he had 9 catches for 104 yards and two touchdowns. Dalton connected with him more than any other receiver.

The Raiders Finally Scored a Touchdown

Marcel Reece caught an 11-yard pass from backup quarterback Matt McGloin to put the Raiders on the scoreboard for the first time. The Raiders struggled without Derek Carr in the game.

The Raiders had two touchdowns and both of them were scored by Marcel Reece. The two late scores did not have much impact on the outcome of the game. However, it was sure to anger fantasy owners who have the Raiders starting running back Latavius Murray. 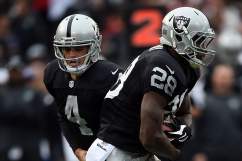