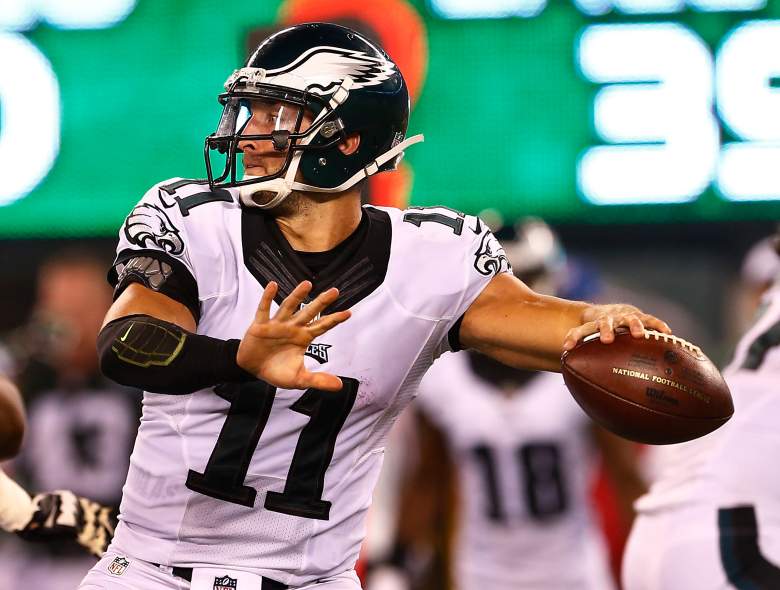 The clock has officially struck midnight on #TebowTime in Philadelphia.

The Philadelphia Eagles have reportedly cut quarterback Tim Tebow ahead of the Saturday deadline for 53-man roster moves.

The #Eagles released Tim Tebow, source confirmed (as @AdamSchefter said). This was likely his last shot. Perhaps back to TV.

It’s a bit of a surprising move after the Eagles cut ties with another quarterback, former USC standout Matt Barkley, on Saturday. The move led to rampant rumors that Tebow had made the roster and won the battle for the No. 3 quarterback spot on the team. Instead, it seems as if Tebow’s time in the NFL is officially over.

Tebow had a strong showing in Philadelphia’s final preseason game of the year on Thursday night, making the most of what head coach Chip Kelly called “a big week” for the QB. Tebow threw for 189 yards and two touchdowns, completing 11-of-17 passes. He did throw one pick, but so did Barkley; on his second pass of the night. Check out his highlights from the final preseason game of the season:

At the end of the preseason, Tebow was 21-for-36 for 286 yards. He also ran for a total of 68 yards and a touchdown, which is something Barkley didn’t offer. It’s also something the Eagles fast paced offense may be able to exploit during the regular season.

Philadelphia opens that regular season on Monday, September 6 at the Atlanta Falcons.