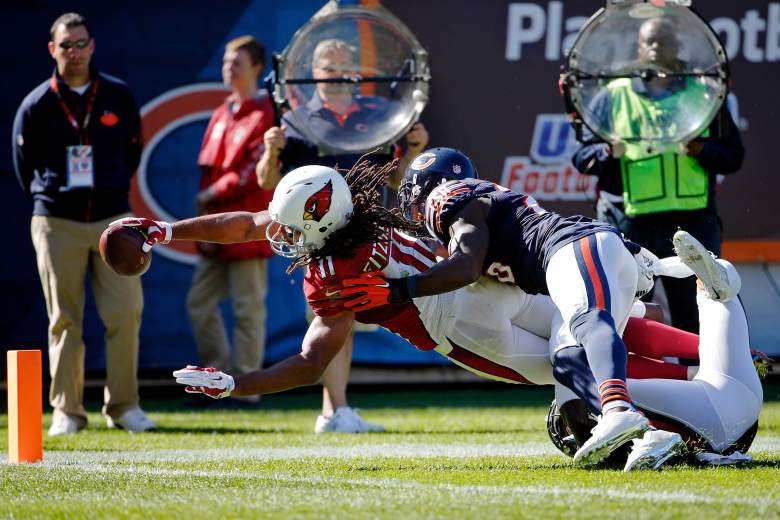 Larry Fitzgerald of the Cardinals scored 3 touchdowns in Week 2. (Getty)

What do all these players have in common? They all came at a bargain price. It’s vital to your fantasy lineup’s success to identify at least a handful of lower-priced players each week who have the potential to score big points. With a $50,000 salary cap for 9 players, you’re not going to be able to fill your squad with pricey superstars. It’s impossible. You need value picks.

And I’ve got some for you for Week 3. And we’ll get to them in a second.

But taking a look toward the fantasy games being offered in Week 3, the biggest prize money-wise is the NFL Millionaire Maker contest, which is handing out a total of $7 million in prize money. The entry fee is $20 and the contest pays $1.2 million to the top finisher.

DraftKings is also offering a Play Action contest with a $1 million total prize pool and a $100K payout to the winner, and a $1 Million Kickoff contest, which gets the Week 3 action started on Thursday night.

Here are some of the top bargains for Week 3 of DraftKings: 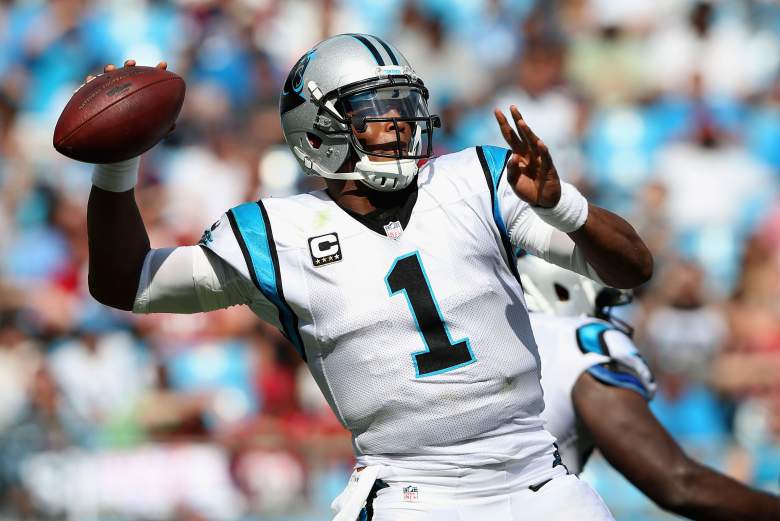 Cam Newton is getting it done with both his arm and legs. (Getty)

This just in: the Saints can’t play defense. OK, it’s been known for quite some time. Newton doesn’t have much to work with in the passing game, but he’s making it happen with his legs again. Cam is No. 7 among all QBs with 21.0 fantasy points per contest, so the price tag and favorable matchup make him quite the bargain.

Said it before and I’m saying it again — a healthy Palmer is a productive Palmer. And now with Michael Floyd back he’s got a full stable of receivers which will run the 49ers pass defense ragged as the Steelers did in Week 2. Use Palmer with confidence.

This is a risk, but Bortles has 20-point potential this weekend. The Patriots have given up a ton of passing yards as teams have tried to play catch-up. And last I checked, garbage points count in fantasy football. New England gave up 22 points to Ben Roethlisberger and nearly 29 to Tyrod Taylor. Bortles has 3 receivers he’s been leaning on, including the Allens — Robinson and Hurns. Like I said, it’s a gamble, but maybe give Bortles a go in a low buy-in contest. 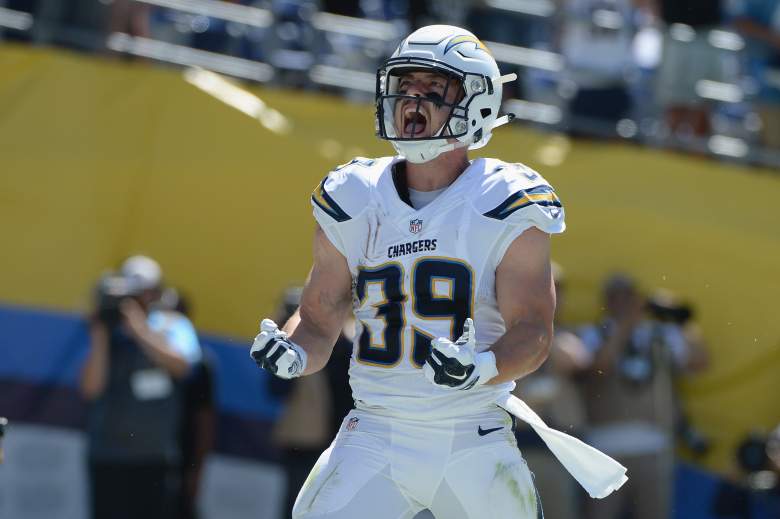 The Chargers’ Danny Woodhead is one of the leading scorers for DraftKings running backs. (Getty)

While Randle is still in a committee backfield, he’s the lead dog. And now with Tony Romo out, the Cowboys might rely a little more on the run over the next few games. That could certainly pay off vs. a relatively soft front 7 of the Falcons. This could be the breakout game we’ve been waiting for from Randle.

Freeman will get his shot to be carry the load with Tevin Coleman almost certainly out. Freeman has been far from impressive so far, but could find some holes vs. the Cowboys, and should be productive with 20 touches.

Woodhead enters Week 3 as the No. 6 scoring running back in DraftKings at 19.3 points per contest. And with that price, he is the definition of a bargain. The Vikings are in the lower third in the league in points allowed to opposing running backs as well. It’s shaping up to be another productive week for the veteran back. 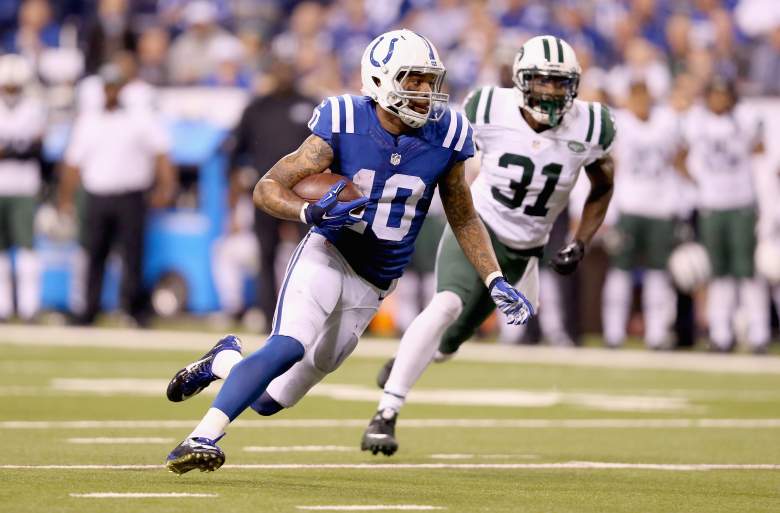 A healthy Carson Palmer makes for a happy Larry Fitzgerald. Once thought to be losing a step (he has, actually), Fitz has led the Cards in receiving in each of the first 2 games. Ben Roethlisberger just shredded the Niners and that bodes well for Palmer and Fitzgerald, who are locked in at the moment.

Moncrief has been the go-to guy for Andrew Luck, who is still trying to build a rapport with Andre Johnson. Moncrief has also taken advantage of T.Y. Hilton’s early-season ailment and now has the trust of Luck. Moncrief isn’t going to see double coverage anytime soon and that’ll just work to his advantage vs. Tennessee.

Matthews wasn’t supposed to be the team’s second-leading receiver, but here we are. And as long as Kenny Stills, Greg Jennings and DeVante Parker struggle to gel with QB Ryan Tannehill, Matthews is going to continue to see targets. At $3,800, he could be the flier who pays off in Week 3. 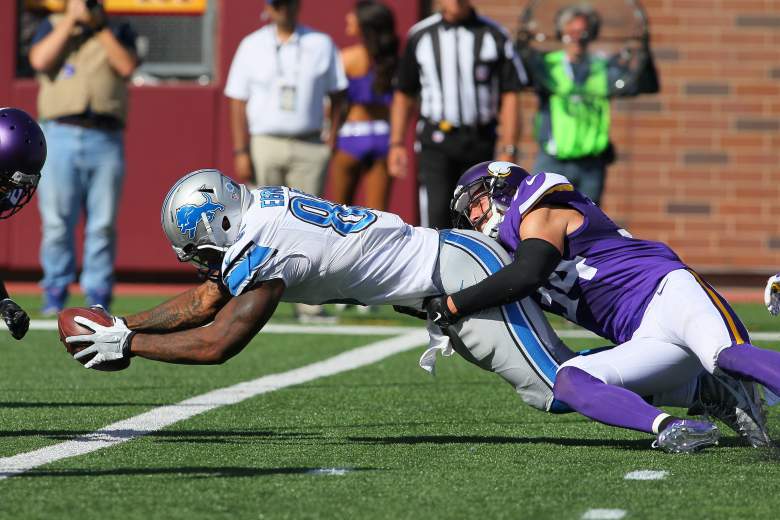 Lions tight end Eric Ebron has touchdowns in each of the first 2 games. (Getty)

Ebron certainly had a forgettable rookie campaign, but he’s off to a red-hot start to 2015. He’s already seen 15 targets and has a TD in each of the first 2 games. He is a matchup nightmare for opposing defenses and this isn’t a fluke. Expect Matthew Stafford to look his way often vs. the Broncos, who have allowed 9 receptions for 150 yards in 2 games to opposing tight ends.

Cook has been Nick Foles’ top target, grabbing 10 of 13 for 132 yards. At $2,800, his DraftKings price is less than guys like Jimmy Graham, Jordan Cameron and Dwayne Allen, all players Cook has outscored so far. And the best for last — the Steelers are 31st out of 32 teams in fantasy points allowed to opposing tight ends. 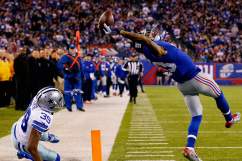 Read More
DraftKings, Fantasy Football, Football, NFL
We're already onto Week 3 of the NFL season, so let's take a peak at some of the weekend's bargains in DraftKings fantasy football.