One of the stars of MTV’s Nitro Circus was killed in a skydiving accident on the afternoon of September 28. Erik Roner, 39, died in his hometown of Squaw Valley, California, right beside Lake Tahoe. The renowned daredevil made headlines in January 2015 when he emulated the movie Up by strapping 90 helium-filled balloons to a sun lounger so that he could fly 8,000 feet in the air. On his official website, Roner listed his favorite quote as Hunter S. Thompson’s “Faster, faster, faster until the thrill of speed overcomes the fear of death.”

KTVN reports that the accident happened at Olympic Valley, a resort at Lake Tahoe. His parachute became entangled after he hit a tree as he tried to land while performing as part of a golf event. He was pronounced dead at the scene. Nobody else was hurt in the accident. It’s being investigated by the FAA. TMZ reports that Roner’s death was first confirmed in a statement by a Squaw Valley Ski Resort spokesman. Powder.com says that Roner was suspended in the tree before rescue crews could remove him.

A statement on the website for Teton Gravity Research said that the group of skydivers that Roner was in included JT Holmes and Aaron McGovern. A witness, Roy Tuscany, told Teton Gravity, “He hit a tree … he hit a tree so hard. I don’t know what happened from there.”

2. Roner ‘Never Took Himself Too Seriously’

In addition to his BASE-jumping and skydiving skills, Roner was an accomplished skier. Roner was regarded as a “pioneer” in the world of ski-BASE-jumping who “never took himself too seriously,” according to Powder.com.

On his official bio at ErikRoner.com, it says that his mother, Becky, was an avid Utah-born skier.

3. Roner Was Briefly a Member of the ‘Jackass’ Crew

Roner was a member of MTV’s Nitro Circus crew and appeared in Jackass 3, according to his IMDB Page. The Powder.com obituary says Roner’s career “really took off” when he was chosen to join Travis Pastrana’s Nitro Circus crew. On his official website, Roner refers to Pastrana as a “motocross legend.” Arguably his most famous feat for Nitro Circus was a BASE jump he performed in South Africa in front of 23,000 people:

In addition to his role on that MTV show, he appeared on the program Locals on Outside TV. During his career, he was featured in “Powder, Skiing, Outside, Rolling Stone, Sports Illustrated, Men’s Journal, FHM, and [was sponsored by] Hurley, Rockstar, Scott, Klint, DNA and Backcountry.com,” according to his bio.

4. He & His Brother Dreamed of Being Soccer Stars

Roner’s brother is retired U.S. soccer star Chris Roner. He played in the 2003 MLS Cup Final. Chris Roner came on as a substitute in the game. At ErikRoner.com, it says that Erik too was an avid soccer player who played for Brigham Young University. He graduated from that school with a degree in graphic design.

Roner is survived by his wife, Annika, and the couple’s two young children, reports Powder.com. According to her Facebook page, Annika is a pilates instructor in Tahoe City, where she’s originally from. In her “About” section she calls herself “an amazing wife!” Their son, Oskar, has a Facebook page with one posting that reads, “I LOVE MY DAD, Erik Roner!” 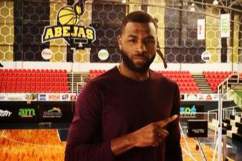