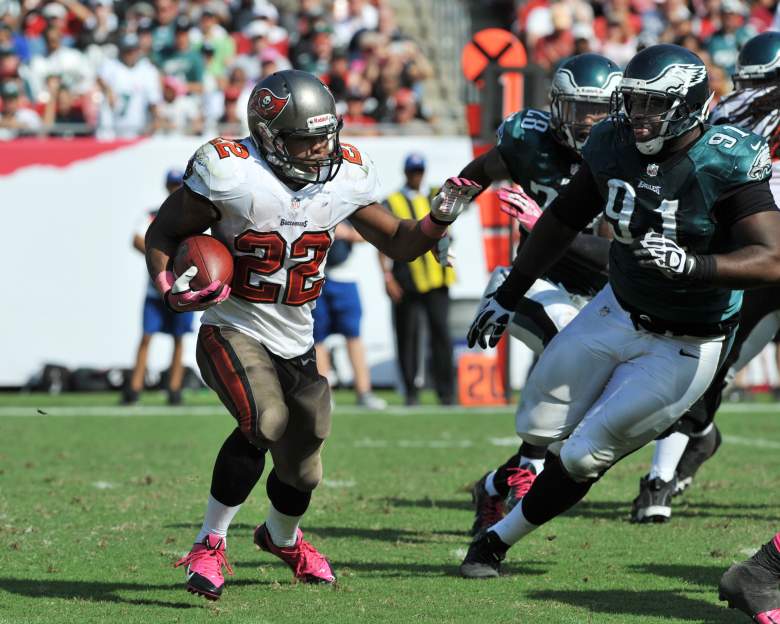 Doug Martin of the Buccaneers has a favorable matchup vs. the Titans in Week 1. (Getty)

I hate when people say “running backs are a dime a dozen.” Not true. If that were the case you could thrown anyone back there and they’d gain 1,200 yards.

That doesn’t happen. Some have it, some don’t.

As the NFL kicks into high gear Sunday, there are a few unknown backs who will get the lion’s share of his team’s carries. But after Sunday’s games you’ll see that just because he’s getting 20 carries doesn’t mean he’s going to be productive. And, yes, opposing defenses will have something to do with this.

But if you have an Adrian Peterson or an Eddie Lacy you start them every week. That’s a given. But what about those “fence” guys? Let’s find out what running backs you should be playing Week 1.

An bookmark our fantasy football rankings 2015 page to keep up-to-date on the latest projections and rankings for each NFL week throughout the season. 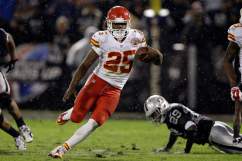 I have a feeling the 49ers might try to become “Ground and Pound West” with Hyde leading the way. Reggie Bush will see time on passing downs and don’t be surprised if former Aussie football star Jarryd Hayne gets some touches as well (eventually). Hayne made extremely large men look foolish during preseason when he carried the ball. But back to Hyde. He’ll get first crack at being the bellcow, which includes goal line carries. That should work wonders against a mediocre-at-best Vikings defensive front.

The Browns gave up the most rushing yards and while they added beefy NT Danny Shelton in the draft, they’ll still be vulnerable. And this is the year the Jets let Ivory loose. He’s the type of back who gets better as the game wears on because he can wear down a defense with his bruising style. Ivory will get all the early-down carries and the goal line ones.

Martin is looking like the “Muscle Hamster” we all knew and loved when he burst on the scene as a rookie in 2012. He hates that nickname. He has shown burst in his step once again and should face little resistance from the soft Titans. He’s playing for a big contract and this Week 1 matchup will help him get off to a great start as the Bucs don’t want to put everything on Jameis Winston‘s shoulders just yet.

Bonus: Jonathan Stewart of the Panthers no longer has to share carries with DeAngelo Williams, so a 20+ touch game vs. the ground-vulnerable Jaguars could yield serious fantasy points. 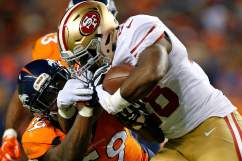 Soooo much hype surrounding Gordon heading into the preseason. And there it stayed. The rookie didn’t show much during training camp and while he’s technically the starter, Danny Woodhead and Branden Oliver are lurking. The Lions lost some key parts to their stout 2014 rushing defense, but it’s still far from an ideal situation for Gordon.

With Terrance West gone and rookie Duke Williams (that’s a good name, isn’t it?) unlikely to play because of a concussion, it’ll be the Crow Show when the Browns visit the Jets. The Jets have one of the better front 7s in the league, though, so the sledding will be quite tough. The Browns did add Robert Turbin into the mix via waiver claim on Thursday, at the expense of Terrelle Pryor.

No Todd Gurley means more work for Mason. Yay! Normally I’d get Mason into the “Shine” section for that. Unfortunately the Seahawks and their beastly rush D are coming to Seattle. While Mason has that take-it-to-the-house ability, I’d steer clear of this matchup.

Read More
Fantasy Football, Fantasy Football Rankings, Football, NFL
There are a few sleepers running backs out there in NFL Week 1 you need in your fantasy football lineups. Find out who they are right here.