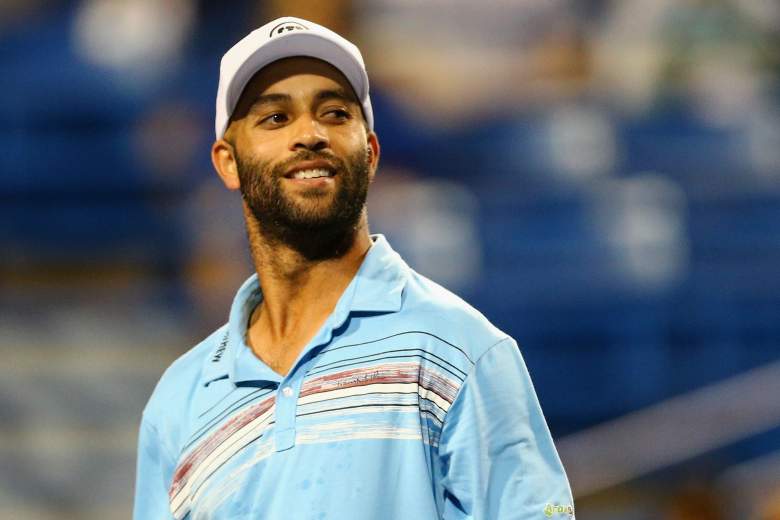 Blake said he sustained cuts and bruises and was handcuffed after being detained by NYC police on Wednesday. (Getty)

The former tennis pro was reportedly roughed up and detained by five New York City police officers on Wednesday afternoon. Blake was leaving his Manhattan hotel, heading to the US Open in Queens, when he was mistaken for a suspect in a local identity theft case by police.

1. Blake Told the NY Daily News He Was Detained by Police on Wednesday 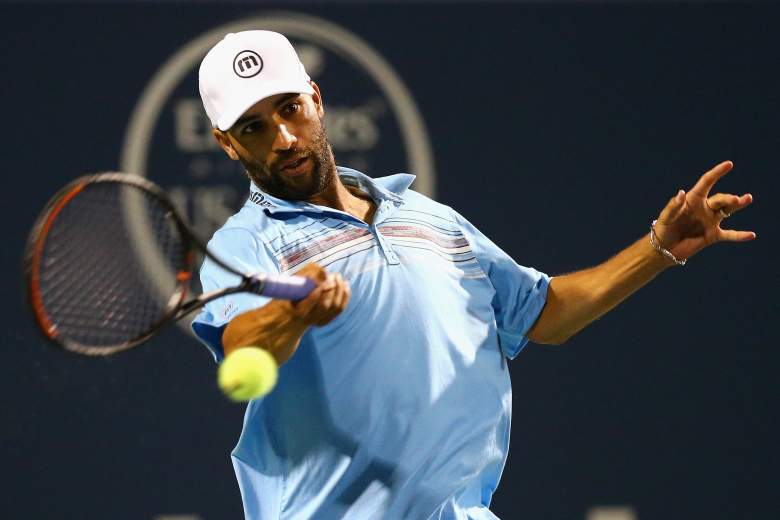 Blake wasn’t sure if he wanted to make his story public but told media that he felt obligated to shine a light on the situation. (Getty)

Blake said that he was “slammed to the ground, handcuffed and detained” by five plainclothes New York City police officers on Wednesday afternoon. The former tennis great said that the officers did not say anything to him before getting physical. He described the situation, saying:

You’d think they could say, ‘Hey, we want to talk to you. We are looking into something. I was just standing there. I wasn’t running. It’s not even close (to be okay). It’s blatantly unnecessary. You would think at some point they would get the memo that this isn’t okay, but it seems that there’s no stopping it.

The incident reportedly occurred around noon in front of the Grand Hyatt hotel onEast 42 Street. Blake was waiting for a car to take him to Flushing Meadows where he planned to take in the latest round of the US Open. He was also slated to make a corporate appearance for Time-Warner Cable.

A video of the moment was released on Friday afternoon: 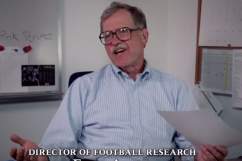 2. The Officers Mistook Blake for a Suspect 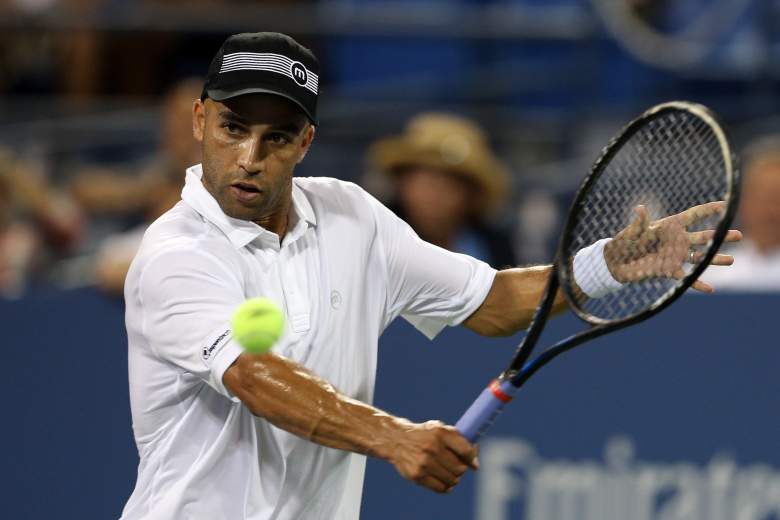 The NYPD officers who detained Blake said that he had been mistakenly identified as a suspect in a local investigation. (Getty)

According to Blake, the officers, who were all white, mistook him for a suspect in an identity theft ring operating around the midtown Manhattan hotel where he was staying.

Blake said had just wrapped up a phone interview and was standing on the Manhattan sidewalk texting when he noticed someone in shorts and a T-shirt sprinting at him. At first Blake assumed that it was a friend or acquaintance, looking to talk to him. He thought differently when the officer picked up him and threw him down on the sidewalk. Blake was told “Don’t say a word.” He said he responded, “I’m going to do whatever you say. I’m going to cooperate. But do you mind if I ask what this is all about?”

After the first officer arrived on the scene, several others joined him and Blake was told he had been identified by two other people as someone who been involved in the identity-theft ring. He was handcuffed for approximately 15 minutes before police let him go, checking his license, his US Open credential and the pockets of his pants. 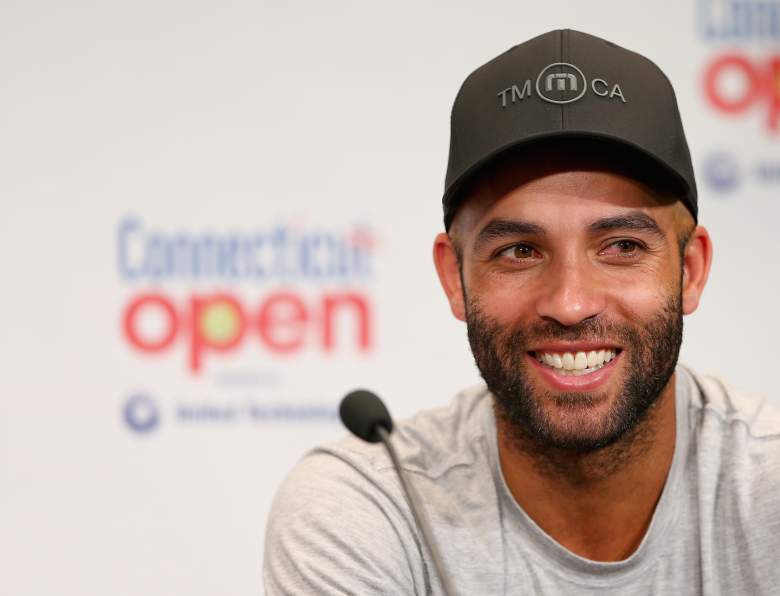 Blake sustained cuts and bruises after he was handcuffed detained by five NYPD officers on Wednesday afternoon. (Getty)

When asked if he considered the moment a case of racial profiling, Blake told the NYC paper that he didn’t think it was that simple. He added:

Blake told the Daily News that he wasn’t sure if he wanted to discuss the incident publicly but said he felt he had an obligation to bring it to light, adding he has the “resources to get to the bottom of this. I have a voice.” Blake, who did eventually make it to the US Open, said that he would like an apology from the NYPD and to know that the officers who detained him would face repercussions for their actions.

The NYPD did respond as as Mayor Bill de Blasio and Police Commissioner William J. Bratton both issued apologies for the incident. According to The New York Times an officer had also been stripped of his gun and his badge. 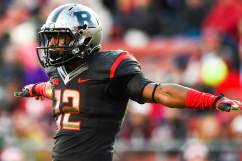 4. Blake Was Ranked as High as No. 4 During His Tennis Career

A long-time tennis pro, Blake enjoyed a successful career on the court before retiring. He was ranked as high as No. 4 in the world.

Over the course of his career, Blake racked up 24 singles finals appearances as well as appearances in the Beijing Olympis semifinals and the quarterfinals of the Australian Open (2008) and US Open (2006). He was also once ranked the American No. 1.

Blake announced his decision to retire from tennis after competing in the 2013 US Open, falling to Ivo Kalovic in the first round. His 15-year career saw him compile a 366-256 record and over $7 million in total prize money.

5. He Announced He Was Running in the NYC Marathon Last Week

Known for his charitable work throughout his tennis career, Blake just recently announced that he planned to run in the New York City Marathon to raise money for cancer research. Blake told reporters that he didn’t expect to finish the race in any kind of record time:

I don’t know if I have the gene to forget about all those eight and nine-milers and all the other training runs. I’m looking forward to being done with it. It’s one of those things you check off your list.

Blake will be running to help benefit his eponymous charity, one of 300 organizations officially registered with the event. His charity, The James Blake Foundation, will be working in tandem with the Thomas Blake Sr. Memorial Fund at Memorial Sloan Kettering. Thomas Blake Sr. passed away from stomach cancer in 2004 and the Foundation has been affiliated with the marathon for four years.

This is, however, the first time Blake will actually participate in the event.