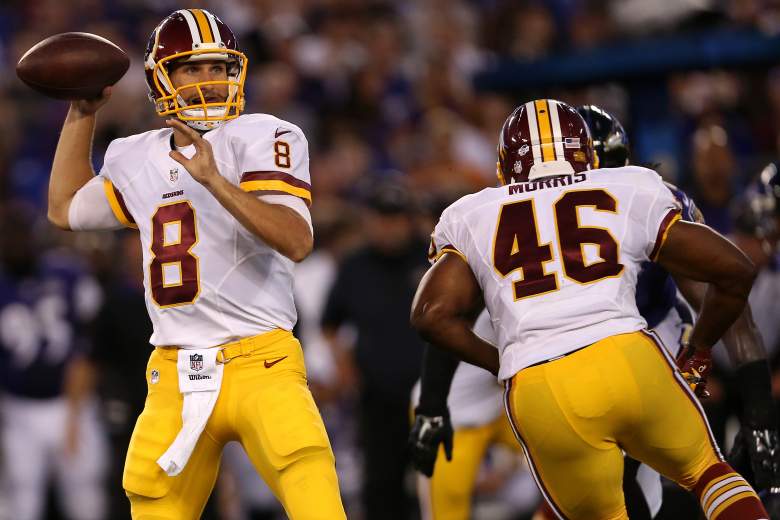 Kirk Cousins (No. 8) of the Redskins drops back to pass in the first quarter of a preseason game against the Baltimore Ravens at M&T Bank Stadium on August 29 in Baltimore. (Getty)

Just a handful days after being appointed by Redskins brass, Kirk Cousins prepares the start at quarterback for Washington’s Week 1 game against the Miami Dolphins. Cousins has emerged as the Washington Redskins’ most dependable quarterback in the midst of all of the turmoil surrounding former Redskins franchise quarterback Robert Griffin III.

Griffin has to undergone some concussion testing and might be cleared to play soon, but he won’t get the chance — at least not yet. Add to the mix Griffin’s recent vote of confidence in himself, and recent developments have D.C. primed as a veritable hotbed for quarterback drama and team dysfunction in the NFL.

This is not Cousins’ first go-round as the ‘Skins’ starting signal caller; many NFL fans will recall Cousins filling in for Griffin periodically from 2012-14, as RGIII has battled injury for much of his professional career.

Cousins has had an up-and-down tenure in D.C. Here’s what you need to know about the Michigan native:

1. Cousins Was Drafted by the Redskins in the 2012 NFL Draft, Along with Griffin III 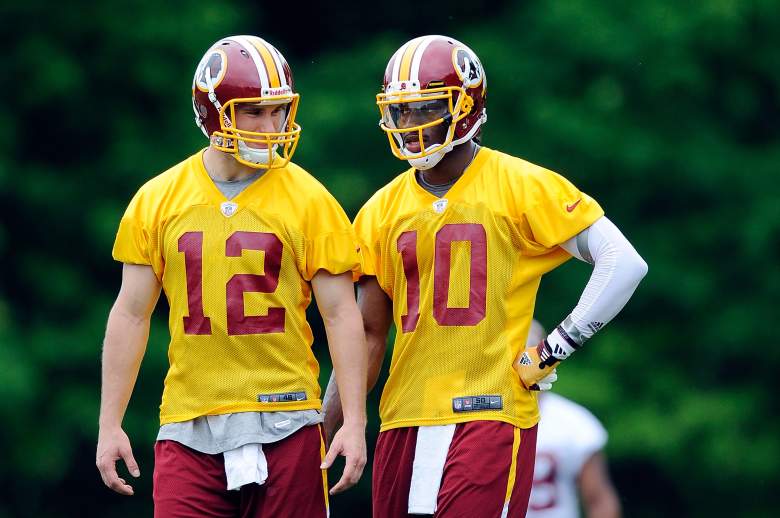 Robert Griffin III, No. 10, and Kirk Cousins, No. 12, talk during the Redskins rookie minicamp shortly after they were drafted in 2012. (Getty)

Cousins was picked by the Redskins with the 102nd pick in the 2012 NFL Draft, just 100 picks after Washington made the highly-publicized selection of RGIII at No. 2 overall two days earlier.

After being drafted, many compared Cousins’ likely situation and that of Matt Schaub, who in 2004 was selected as a sort of insurance policy to learn the system behind the Atlanta Falcons’ clear No. 1, Michael Vick.

There are certainly many parallels between Cousins and Schaub. Both were asked to step in for the team’s injured star quarterback late in their rookie seasons, and experienced some success. They also have a similar style of classic pocket-passing game that can thrive in the NFL.

2. Cousins Had a Record-Setting Career at Michigan State

It was widely accepted that Cousins would be a very good starting quarterback in the pros after college.

Cousins also led the Spartans to four bowl games during his time at East Lansing, completing 54 percent of his passes (54-of-100) in his four bowl games for 676 yards, two touchdowns and six interceptions, and finishing as the school’s career bowl leader in pass completions (54), passing yards (676) and pass attempts (100).

3. Cousins Requested a Trade if not Named the Starter in 2015 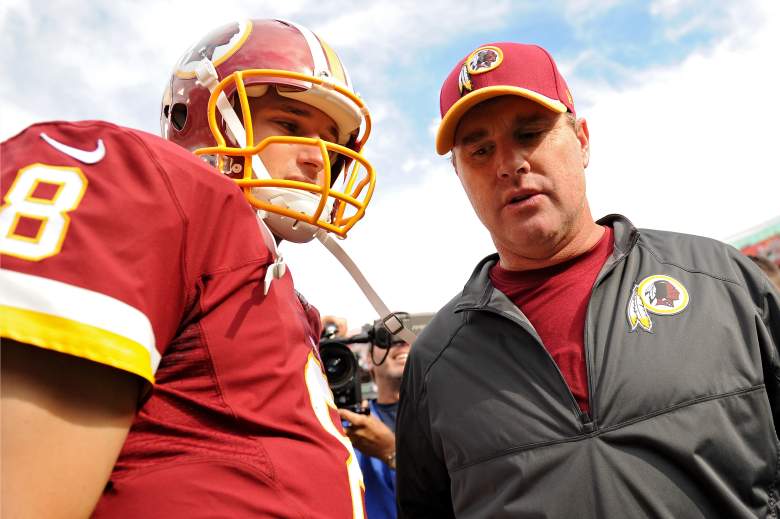 The ‘Skins’ decision to name Cousins its starter came after he saw the most action of any preseason game to date this year. Cousins started in place of the ailing RGIII on Saturday, playing the entire first half and completing 20-of-27 passes for one touchdown and one interception in Washington’s 31-13 win against the Ravens at M&T Bank Stadium.

He’s put together a very solid preseason campaign in 2015. Before the preseason even started however, Cousins expressed his desire to start by playing a hard hand out of the gate, saying he would request a trade if not named the team’s starter.

Griffin’s concussion scares, combined with Cousins’ solid play, have paved the way to have the ‘Skins honor his desire to start under center.

4. Cousins Proposed to His Wife Shortly Before Thanksgiving 2013 on the Balcony of the Speaker of the House’s Office

One year ago today I married my best friend! Each day with her is better than the last https://t.co/7o97UncqCz pic.twitter.com/konO9m421D

Cousins and his wife, Julie Hampton, dated for a year and a half before Cousins popped the big question in November 2013.

In a maneuver that few could hope to replicate, Cousins used his friendship with a D.C. bigwig to present Hampton with a proposal she couldn’t refuse:

“I talked to my U.S. congressman from my home area in west Michigan, Bill Huizenga, who I had gotten to know a little bit,” Cousins explained to the Washington Post. “I called him to see if I could propose on the balcony of the Speaker of the House’s office, because I had been there before and seen the view and thought it was a great view. He said they could set it up.”

How could she say no?

5. Cousins Is in the Final Year of His Contract 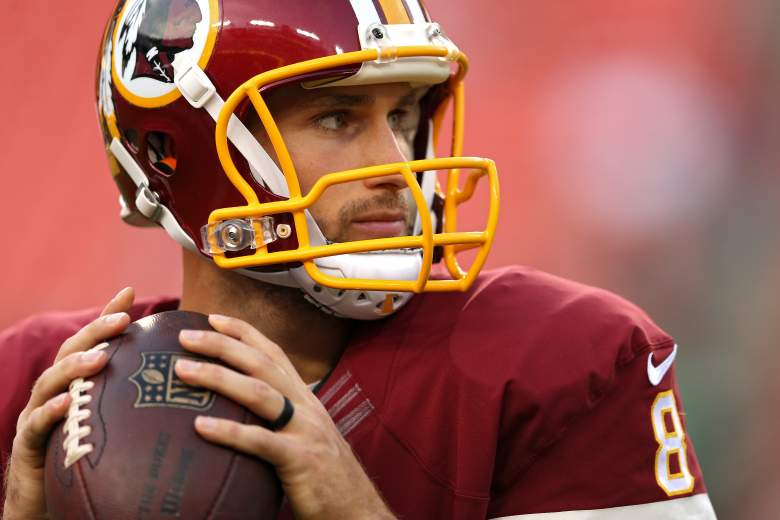 Cousins is in the final year of his contract. (Getty)

In 2015, Cousins will earn a base salary of $660,000. If he takes advantage of the opportunity being presented to him at the start of 2015, that could result in a big money payday for the big slinger after this season.