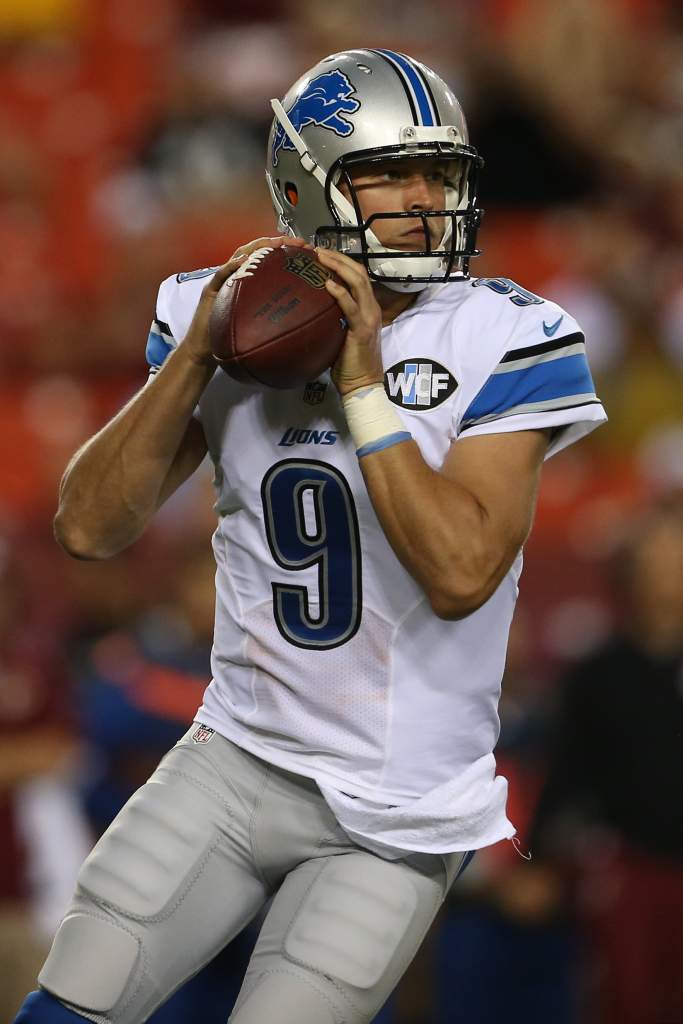 One of the highest paid players in the NFL, 27-year-old Detroit Lions quarterback Matthew Stafford has already earned generational wealth. Stafford was selected No. 1 overall in the 2009 draft and has made 77 career starts in Detroit.

Injuries hurt Stafford’s first two seasons in the Motor City, but he’s started 64 straight games going back to 2011 and is primed for another big season. A gunslinger with a strong arm and underrated accuracy, Stafford has thrown for more than 4,200 yards in three straight seasons.

Here’s what you need to know about Matthew Stafford’s net worth:

1. Stafford’s Net Worth is an Estimated $30 Million 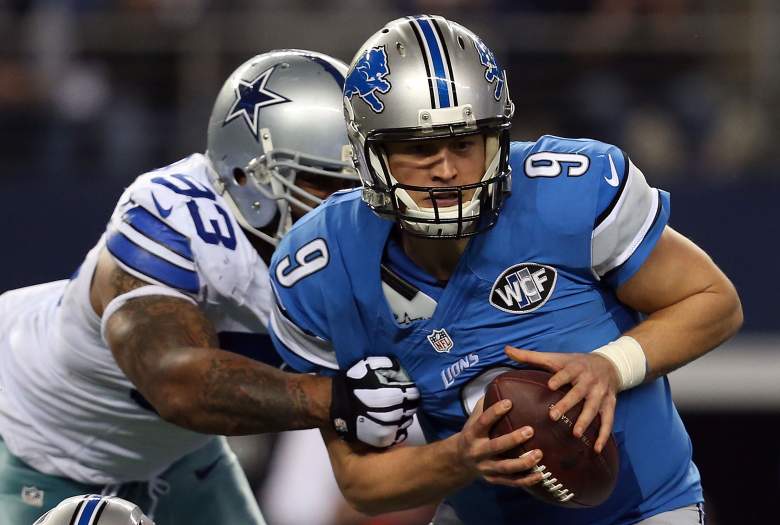 Stafford was sacked 45 times last year, the most in his career. (Getty)

Because of an unbalanced rookie wage scale, being selected No. 1 overall placed Stafford among the highest paid players in the league. When drafted by the Lions in 2009, Stafford signed a six-year contract for more than $40 million in guaranteed money and $71 million total.

Stafford earned the right to be the No. 1 overall pick behind his performance at the University of Georgia. As a junior he threw 25 touchdown passes and 3,549 yards, but the Bulldogs tumbled from a preseason No. 1 ranking to three losses; making some believe he may be a bust as the No. 1 overall pick. 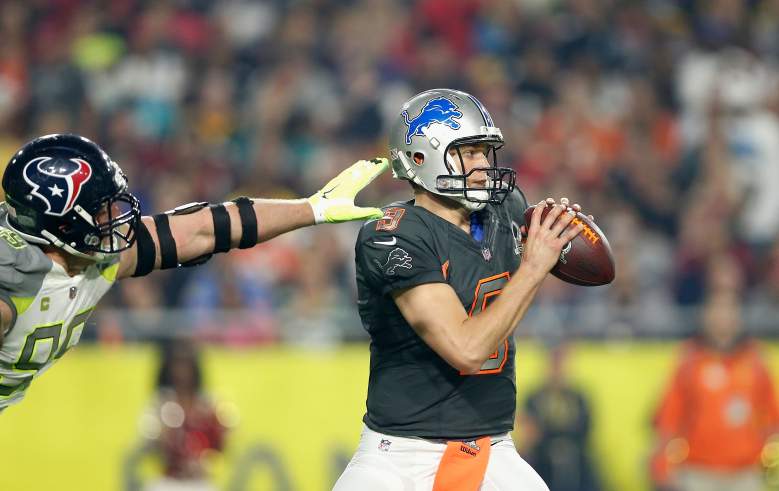 Stafford made his first career Pro Bowl in 2014. (Getty)

After breaking out in 2011 and 2012 with more than 10,000 passing yards, Stafford and the Lions entered the negotiating table. They agreed on a three-year, $53 million extension that locked Stafford up through the end of the 2017 season.

His total earnings in the NFL will hit about $95 million after the 2016 season, and because of his entry as a 21-year-old, he’s on track possibly earn $200 million for his career.

The new contracted temporarily freed up cap space for the Lions, who were then saddled with a trio of huge contracts between Stafford, Calvin Johnson and Ndamukong Suh.

Stafford is the fastest player in NFL history to eclipse the 20,000 passing yardage mark.

3. Stafford Sold a Pair of Homes for About $3 Million 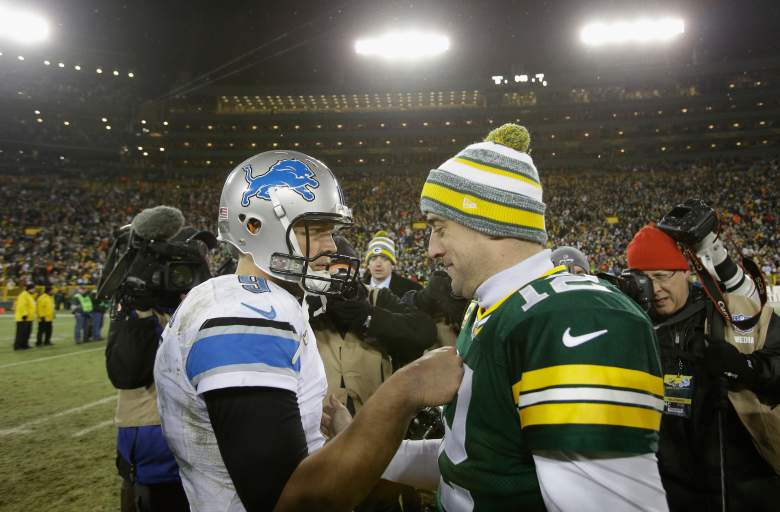 Stafford and Aaron Rodgers after a Week 17 matchup won last year by the Packers for the NFC North title. (Getty)

Stafford and his new bride Kelly Hall have been active in the real estate market over the past year. First, Stafford sold his house in Franklin Michigan for $1.59 million last December. Stafford originally purchased the 6,500 square feet house (with 6.5 bathrooms) for $1.9 million three years earlier.

Following the marriage between Matthew and Kelly in April, the couple sold a house in Atlanta in July.

It has yet to be reported what property the Staffords live in now.

4. Stafford Was Ranked the 20th Best Quarterback in the NFL 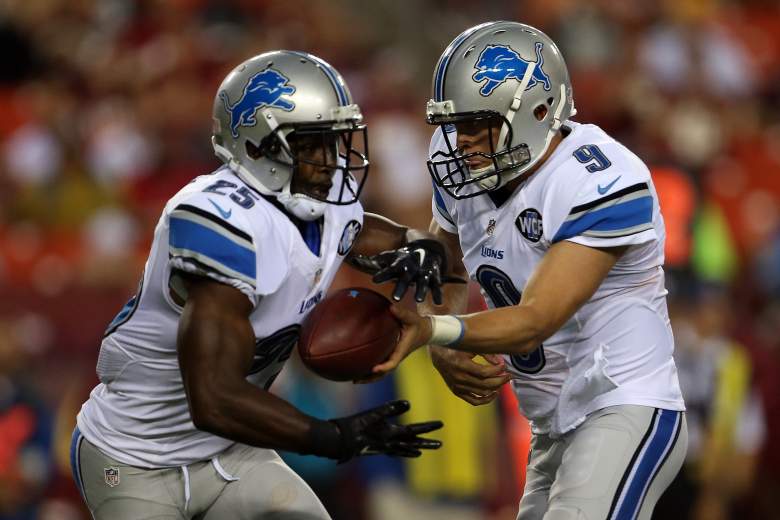 The Sporting News recently published an article entitled “The Top 25 NFL Quarterbacks for 2015,” and Stafford was ranked 20th on the list. Division rival quarterback Aaron Rodgers earned the top spot, but Stafford was placed behind middling starters Andy Dalton and Colin Kaepernick.

Part of the reason for his ranking is inconsistency; Stafford is 32-32 in the last four seasons and that’s included some staggering highs and losses. Stafford earned his first career Pro Bowl nod in 2014 and won Offensive MVP of the game.

5. He Once Donated $1 Million to Construct a new Football Facility 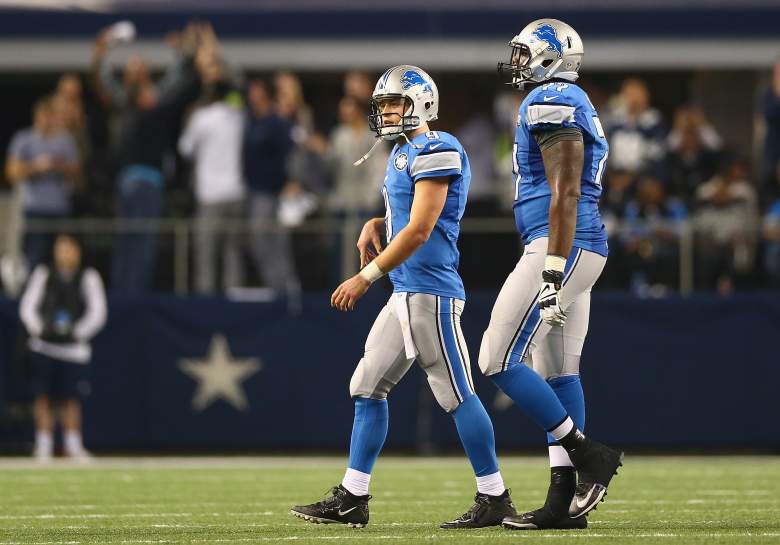 Stafford is 0-2 in the playoffs. (Getty)

Athletes generosity often goes unnoticed, but Stafford made people notice in January when he pledged $1 million to build an indoor football facility at the Lipke Rec Center. The total cost of the project is $10 million and will take about 10 years to complete. As a result of the economic downturn of the city over the past decade, 15 centers have closed since 2005.

Kids must be in good academic standing to use the center, which will try to combine academics and athletics to provide a stable setting for area youth.

He also one donated $15,000 to the family of a sick child in a local hospital.