Bills fans are eager to watch their team in 2015, partly because their team will be led out of the tunnel by the charismatic Rex Ryan. The 52-year-old has been in coaching for more than 25 years and began in the NFL with the Baltimore Ravens in 1999. His first head coaching gig came in 2009 with the New York Jets, and his six seasons there ended with his firing last winter.

As soon as Ryan took the Bills job in January, the bold predictions came. The promise to deliver the Bills to the Promised Land was much like the persona that led the Jets to back-to-back AFC title game appearances.

With the move to Buffalo, a family relocation took place. Rex has a wife, Michelle, and two grown sons, one of which plays football.

Here’s what you need to know about Rex Ryan and his family: 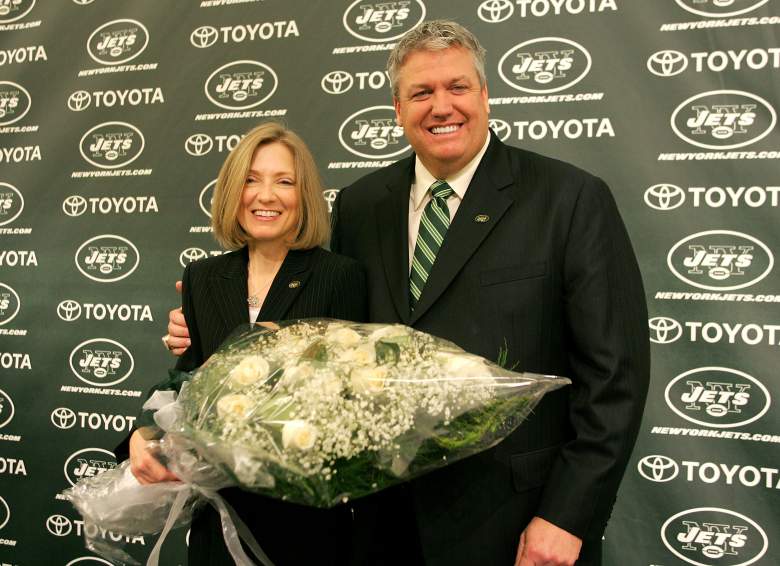 Rex and Michelle after Rex was hired by the Jets in 2009. (Getty)

Rex met Michelle while the two were at Southwestern Oklahoma University in the mid 1980s. An interesting story surfaced this year about Rex’s twin brother Rob — who is now the defensive coordinator for the Saints — during that time period. Michelle wanted to go on a double date with the two brothers and had a second female picked out, but Rex refused to attend.

The resulting altercation between the two brothers resulted in Rex being sent to jail for the night.

Rex proposed to Michelle over the telephone when Rex accepted a graduate assistant position at Eastern Kentucky following his graduation. The two were married that year and have been together since — close to 28 years ago.

2. The Couple Have 2 Sons, 1 of who Plays Football at Clemson

Seth Ryan is a redshirt sophomore at Clemson. (Twitter: sethryan20)

Rex and Michelle have two sons: Payton and Seth. Payton is the older of the two and was named after Hall of Fame running back Walter Payton, who his father Buddy coached.

Seth was a preferred walk-on at Clemson after playing wide receiver and cornerback for New Jersey state power Summit High School. He made the team as a wide receiver, redshirted in 2013 and broke his clavicle in practice prior to the 2014 season. He appeared in several games on special teams, and is primed for more playing time as a sophomore.

3. Michelle was Embroiled in a Foot Fetish Controversy in 2010 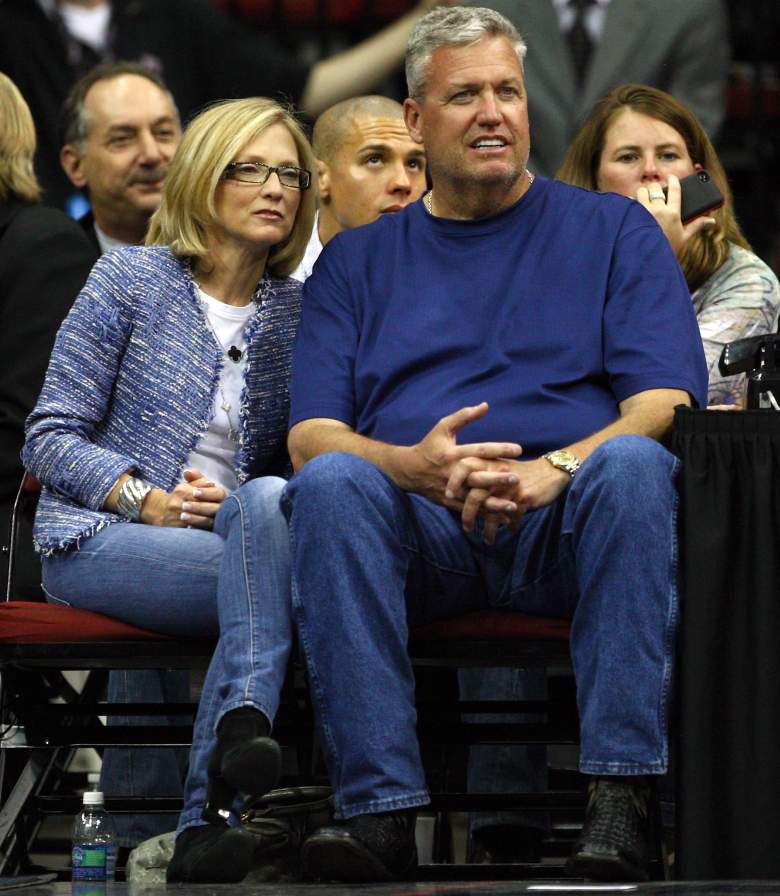 Rex Ryan and his wife Michelle at a basketball game in 2012. (Getty)

Late in the 2010 season, videos began surfacing from Rex’s time in Baltimore that depicted a woman that looked like Michelle modeling her feet to a man off camera who sounded like Rex.

Rex declined to comment on the personal matter, though it’s widely been accepted that the couple in the videos are the Ryans.

Always one to talk, Rob Ryan weighed in on the topic the following season with a pretty straightforward response.

4. Rex Comes from a Family of Coaches 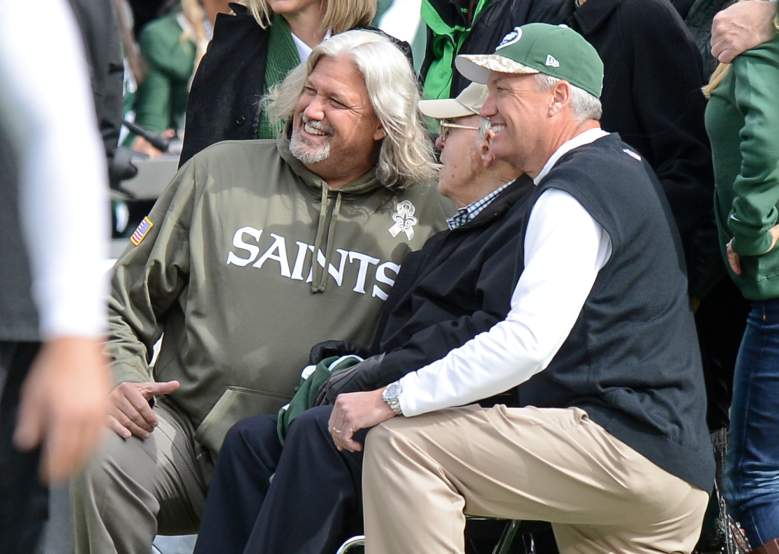 Rex Ryan and Rob Ryan (L) of the New Orleans Saints pose for a photo with their father Buddy Ryan (C) on the field before a game in 2013. (Getty)

In addition to his brother Rob, Rex is the son of an NFL veteran.

Buddy Ryan, 81, was the defensive coordinator for the 1985 Bears, widely regarded as one of the top few defenses of all time. When the team won Super Bowl XX, Ryan was hired by the Philadelphia Eagles for his first coaching job.

Though Ryan improved the Eagles and transformed the franchise, not being able to win a playoff game cost him his job after the 1990 season.

Like Rex, Rob Ryan also began his coaching career in 1987 at a small Kentucky school. Rob has been with six teams in various roles in his career, including the Oakland Raiders and New England Patriots.

The two have an older brother, Jim, is an attorney in the St. Louis area. He has a Juris Doctorate from St. Louis University, as well as his Masters in Business Administration from The University of Notre Dame. 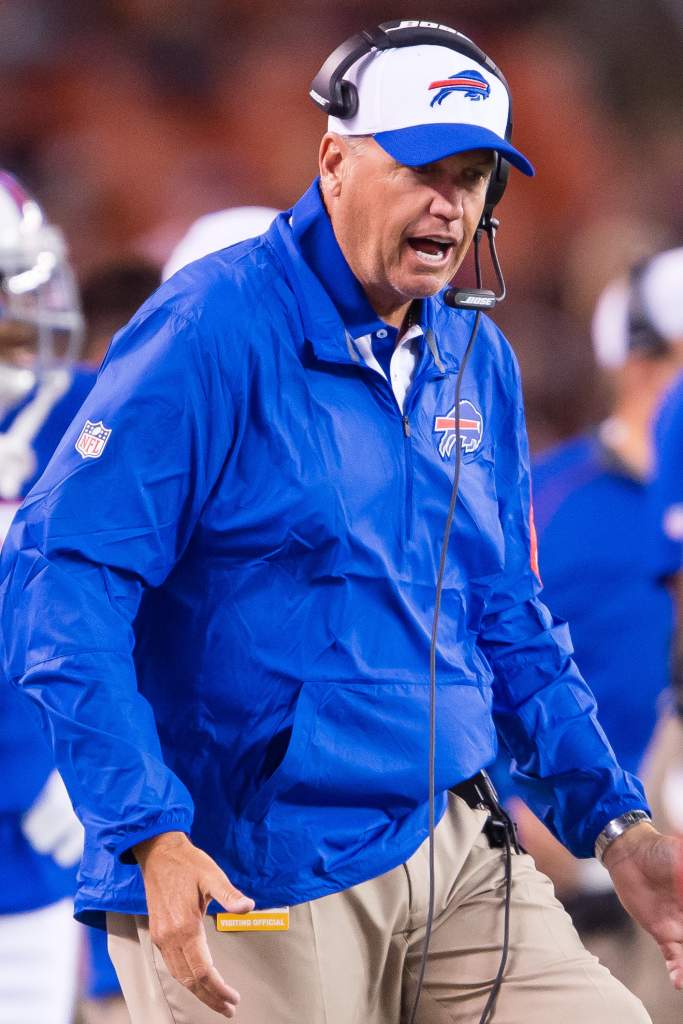 Rex Ryan during a preseason game for the Bills in August. (Getty)

At his heaviest, Rex weight closest to 350 pounds. Understanding the health risks that come with this, Ryan opted for Lap-Band Surgery. A lap-band is an inflatable silicone device that is placed in the stomach with the goal of preventing food consumption. The procedure is quick and Ryan returned to work the next day.

Not only does the band restrict food, the weight loss led to a healthier lifestyle as Ryan explained in the above video. Ryan began to exercise more and is smarter with the food he takes in.

Last season Rex claimed he was down to 218 pounds, and it appears he is at about the same weight so far in Buffalo.