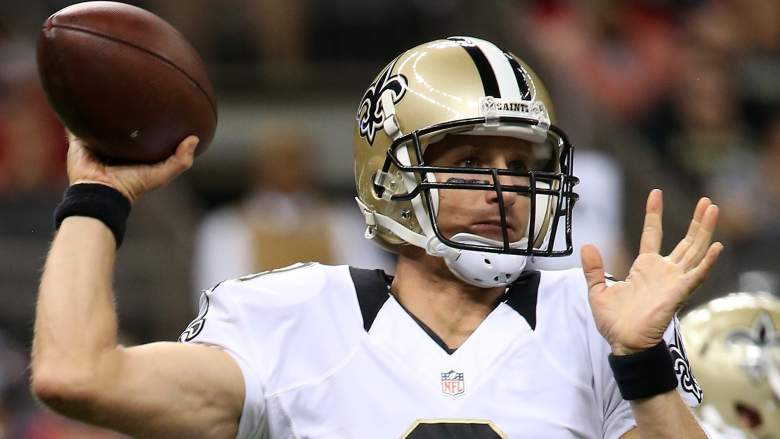 Carson Palmer picked up right where he left off when he tore his ACL last season, throwing for 307 yards and three touchdowns. Larry Fitzgerald led the team with 87 yards, while Darren Fells, John Brown and David Johnson all added touchdowns.

On the other side of the ball, the Saints were able to move the ball equally well (408 total yards to the Cardinals’ 427), but inefficiency in the red zone led to four Zach Hocker field goals.

Read on for all the highlights:

Welcome back. In his first regular season action since tearing his ACL last season, Palmer picked apart the Saints’ secondary on the game’s opening drive, completing 5-of-6 passes for 62 yards. Second-year rising star John Brown was his go-to target, catching three balls for 32, including the 10-yard touchdown.

While the Saints have sputtered a bit on offense, scoring a field goal on their first two drives, the Cardinals continue to move the ball with ease. On this drive, they went 88 yards on five plays, highlighted by a 48-yard catch-and-run by tight end Darren Fells.

After a pass interference call on Delvin Breaux–who’s filling in for the injured Keenan Lewis–in the end zone, Ellington finished the drive with a one-yard touchdown plunge.

Arizona appeared to have another stop, but a 12-men-on-the-field penalty on 4th-and-3 gave the Saints, who punted on the play, a first down. Several plays later, Drew Brees took advantage of the Cardinals miscue and connected with Brandon Coleman for a 12-yard touchdown.

That’s the kind of mistake that will keep Bruce Arians up at night.

Both Teams Traded Off Turnovers in the 3rd Quarter

About midway through the quarter, second-round pick Hau’oli Kikaha forced an Andre Ellington fumble, and CFL import Delvin Breaux fell on it to give the Saints the ball.

Just a couple of plays later, though, Brees’ intended pass for Marques Colston was deflected and picked by safety Rashad Johnson. The Cardinals better took advantage of their takeaway, turning into three points and extending the lead.

Palmer Connected With Fells for a 17-Yard TD

Needing a scoring drive after the Saints cut the lead to one with a field goal, the Cardinals went 80 yards on five plays. Andre Ellington and Chris Johnson had a couple of big runs, and Palmer capped it off with a 17-yard toss to his big tight end.

Unfortunately for the Cardinals, it was a bitter sweet drive, as Ellington was forced to leave after going down with a non-contact injury. He was ruled question to return with a right knee injury.

The rookie made his first NFL touch count. With the Cardinals expected to simply run the clock down, they did just the opposite, throwing it to Johnson and letting the explosive rookie dart away from the defense for a 55-yard touchdown.

Ellington’s injury is obviously concerning, but Johnson and Johnson may have eased some of those concerns down the stretch of this one. 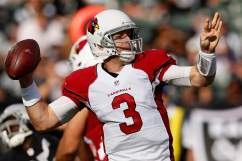