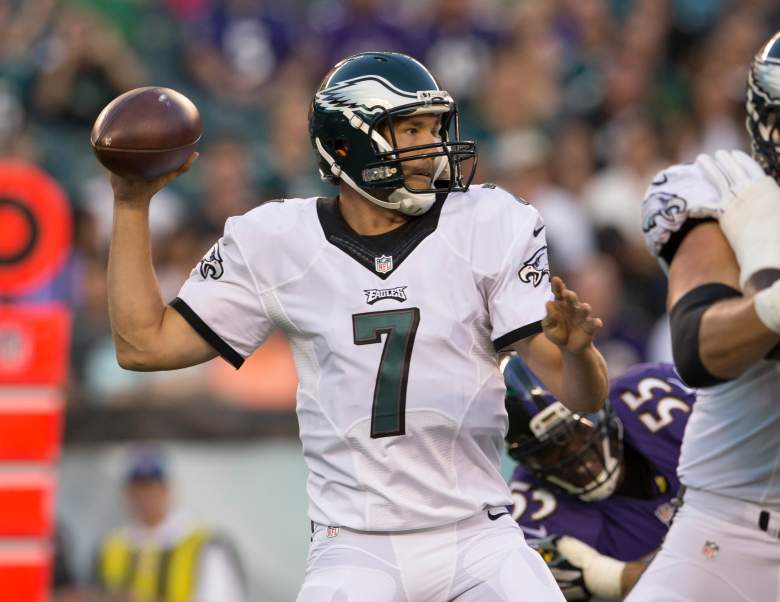 Bradford signed with the Eagles in the offseason after a second ACL injury last year. (Getty)

Sam Bradford is starting over.

After a standout career at the University of Oklahoma and an up-and-down, injury plagued, performance with the St. Louis Rams, the former No. 1 overall pick is looking to get back into the football swing of things with the Philadelphia Eagles this fall. Helping him make that transition will be Bradford’s family, an under-the-radar group that has quietly supported the Oklahoma native throughout his career.

Here’s what you need to know about Bradford’s childhood with his parents, his introduction to athletics and his, very few, public relationships:

1. Bradford Grew Up in Oklahoma With His Parents 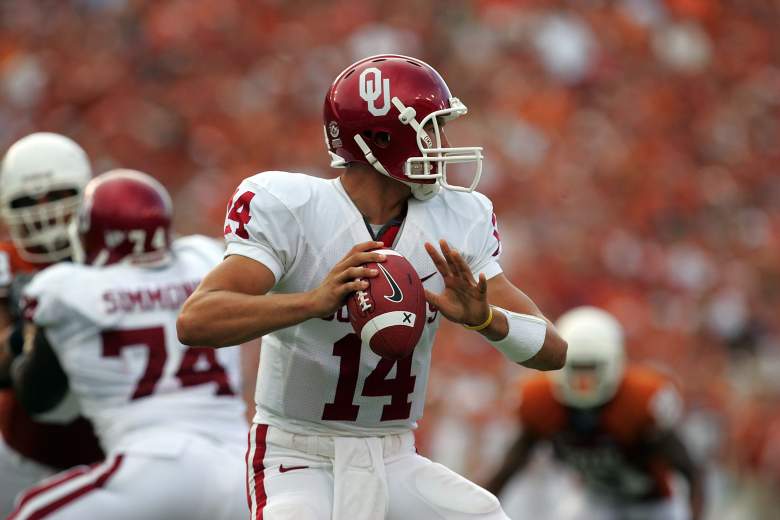 Bradford graduated from OU with over a dozen football records to his name. (Getty)

Sam Bradford was born in Oklahoma City, Oklahoma and attended Putnam City North High School where he was a standout athlete for four years. While the future No. 1 NFL pick played a handful of sports during high school, his best was football.

As a senior Bradford threw for 2,029 yards and 17 touchdowns in just 12 games. He was rated a two or three-star recruit out of high school in the incredible competitive class of 2006. That class included Matthew Stafford, Josh Freeman and Tim Tebow. After graduation, Bradford opted to play the University of Oklahoma under Bob Stoops.

In his final year at OU, Bradford broke several program records and became the first Sooner quarterback to eclipse 8,000 career passing yards. He ended his career with 15 school records, including passing yards (8,403) and TD passes (88). He was also the 2008 Heisman Trophy winner. 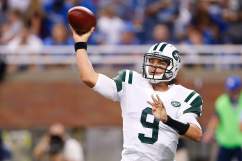 2. His Parents Kent & Martha Have Been Married For 36 Years 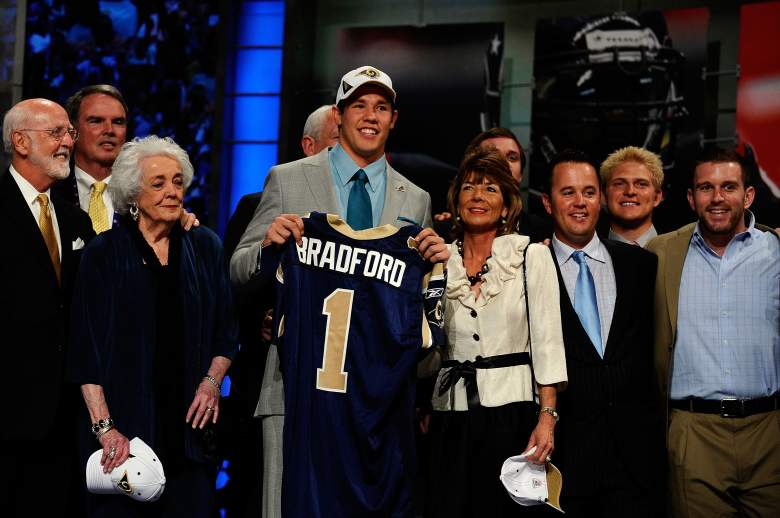 Bradford’s parents were on hand when he was drafted with the No. 1 overall pick in 2010. (Getty)

Kent and Martha Bradford are consistent. They’ve been married for 36 years and lived in Oklahoma for all of them. Kent graduated for University of Oklahoma in the late 1970’s and has been working in the insurance business ever since. Martha, who graduated from Oklahoma State, retired five years ago after working as an elementary school physical education teacher for nearly 30 years.

Kent described his and Martha’s parenting philosophy to Philly.com:

(Sam) was just an easy kid to raise. We got very, very lucky. He was always eager to please you. He would always do his stuff. Martha’s the disciplinarian. Martha would be the one to send him to his room. I’d be the one watching the clock and saying, ‘Can Sam come out and play now?’

Both of Bradford’s parents have made it their goal to see their son play as much as possible and they attended every single one of his games in St. Louis. They were also at every OU game and every high school football, basketball and baseball game. They’ll be at every Philadelphia game as well.

3. Bradford’s Grandfather Introduced Him to Playing Sports With Golf

When Bradford was just five years old his grandfather introduced him to the game of golf, sparking an interest in athletics that would only grow over the years. Although he’s built his career on football, Bradford was good at just about every sport he played.

In fact, he was pretty fantastic at all of them.

In high school, Bradford played AAU basketball with Blake Griffin and 18.6 points and 10.5 rebounds at Putnam City North High School during his senior season. He also kept up on his golf game and defeated future PGA pros Kevin Tway and Robert Streb while he was in high school. Then there was baseball and, of course, hockey.

According to his former hockey coach Mike McEwen, who played on three Stanley Cup championship teams with the New York Islanders, Bradford very well could have made a go of it in the NHL. He told Philly.com:

He would’ve made it. His talent level was top-notch. He could do anything. He was a great playmaker. He would make plays that would make me say, ‘Man, I haven’t seen that since the NHL.’ The reads [he’d make]. Everything.

For the most part, Bradford has managed to keep his personal life, very, personal and almost entirely out of the public eye. Except for one – maybe – relationship.

In 2012 the former St. Louis Rams quarterback was linked with supermodel, and now Taylor Swift BFF, Karlie Kloss. The two were spotted at the Coachella music festival in April 2012 and rumors immediately started to fly but Kloss told Vanity Fair:

Sam’s a great friend of mine. We had a great time out at Coachella, but we’re just friends. St. Louis is my team. My Cardinals won the World Series last year, and my Rams have a good draft pick this year, and, you know, with Sam in there and lots of young, great talent, I think that my Rams are Super Bowl bound!

If they were dating, the relationship didn’t last long as Kloss was referred to as Bradford’s ex-girlfriend in a Bleacher Report story that November. The model came under fire after she appeared on the runway in an Indian-themed headdress and costume and the website Indian Country was quick to condemn Kloss for the fashion move.

5. Bradford Is a Member of the Cherokee tribe

About an hour away from where Bradford grew up in Oklahoma, there are regular viewing parties in homes to watch Sam Bradford throw a football. They cheer with every drop back and boo every hit. They, collectively, gasped with injury and supported Bradford during each comeback; including the one he’s currently on.

This is Oklahoma’s Great Plains Country. It’s home to seven western Oklahoma Native American tribes and they draw their inspiration from Bradford who is a registered member of the Cherokee tribe. Ray Brady, who played football Riverside Indian School while Bradford was at OU, told USA Today what it was like to have a Native American athlete in the headlines:

It opens up everything for us. Like Obama becoming President. It’s not just that he’s a college football player. He’s the quarterback, a team leader. He’s admired by his peers and coaches. They speak very highly of him. … And being a serious contender for the Heisman, that’s not happened before.

Bradford is only one-sixteenth Cherokee bu the’s found himself as a hero for an entire group of people. His father’s great-grandmother, Susie Walkingstck, was a full-blooded Cherokee. Still, Bradford has accepted his role, telling The New York Times in 2008, “I just try to make the most of it and be as positive as I can for those kids.”