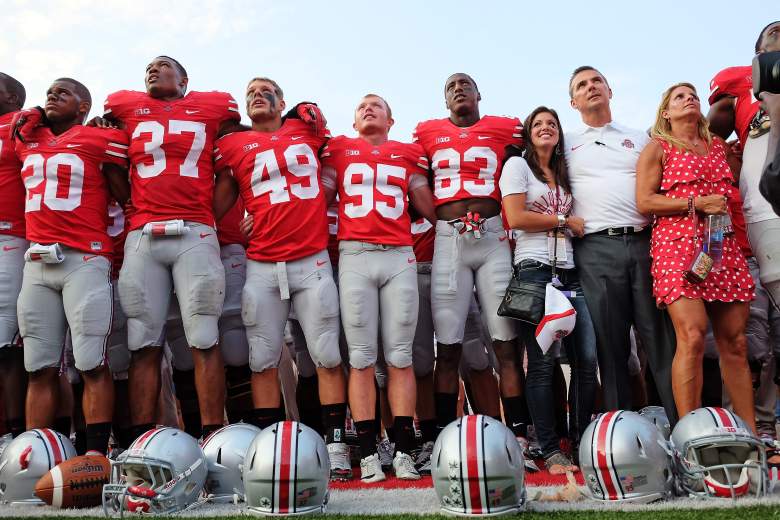 They should. After all, Meyer has coached under some of the top names in the sport and he’s also helped sparked the careers of some of the best and brightest up-and-coming coaches in college football. But what about Meyer’s actual family? That support system that has helped the Ohio State coach forge his own path in the sport and, perhaps most importantly, helped him notched three national championships? They should talk about them as well.

Here’s what you need to know about the Meyer family, their extensive sports success and their house-buying rules:

Shelley Mather attended the University of Cincinnati and was a freshman nursing student when first crossed paths with Urban Meyer at a “Derby Days” party that included both her sorority and his fraternity. It was May 1984 and romance history was made.

The pair dated all the way through college and were married in 1989. They’ll celebrate their 26th wedding anniversary this year. After graduating from Cincinnati, Shelley attended the University of Colorado and earned her Masters degree in nursing.

Over the years, Shelley has adapted to the spotlight that comes with her husband’s career and the family has made headlines for their house-buying rules. Every house the couple buys, including their home in Ohio, has to be able to fit at least 100 people for team-related events. That includes Thursday night family nights that include team coaches, their families and players.

2. Shelley Meyer Grew Up on a Farm in Ohio

Shelly Meyer poses with both of her daughters, and their boyfriends, after Ohio States victory in the Sugar Bowl last season. (Instagram)

Urban Meyer wasn’t the only one excited about returning to Ohio to coach the Buckeyes football team. His wife, Shelley, was also going home.

The oldest of five children, Shelley grew up and worked on a farm in Lattaville, Ohio. It was hard work, constantly making sure the farm was up and running and it forged a determined personality, one that Shelley has maintained throughout her life. She works as a spin instructor in Ohio and is focused on maintaining her own career in addition to supporting her husband. Shelley told Eleven Warriors:

I don’t introduce myself as Urban Meyer’s wife. I had a work ethic that not even my own kids have. They never had to do anything like that. It was very humble and simple. I think the first born is usually driven, responsible and very organized. I don’t like to be late, ever. I’ve got to be punctual. I have a lot of first-born characteristics.

Shelley’s classes are so notoriously difficult that even Urban has only finished two and a half sessions over the course of their marriage.

3. His Two Daughters Both Played Division I Volleyball

Nicki, the oldest Meyer child, who is engaged to former Georgia Tech wide receiver Corey Dennis, was a libero/defensive specialist for the Yellow Jackets and in 2011 was named to the ACC All-Academic Team. Meyer graduated with a degree in business administration and recently returned to Columbus for a new job as the president of a wellness company.

Gigi also played volleyball, competing at Florida Gulf Cost University and playing both indoor and beach. She was a communications major with a minor in marketing and advertising. 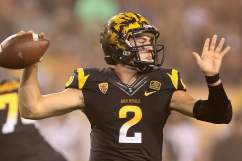 Football isn’t the only sport in the Meyer household.

Nate Meyer, who Buckeyes fans may recognize from his recent stints as an Ohio State ball boy, is a stadnout baseball player at Bishop Watterson. Last year, the youngest Meyer was the school’s starting second baseman and his dad, despite his jampacked schedule, was always cheering him on. Meyer told The Columbus Dispatch:

It’s real emotional to watch him; I get more damn nervous than he does, I’m sure, at those games. We had a no-hitter going and he gets a back-hand (catch), and I was like, ‘ah,’ and he made the play and I’m like, ‘Oh, my gosh.’ So it’s just – I’m living the dream, man. To see him do that? I can’t think of anything better.

Meyer and his wife Shelley have promised Nate that they won’t move the family while he is in high school, a commitment that means a lot to their teenage son. 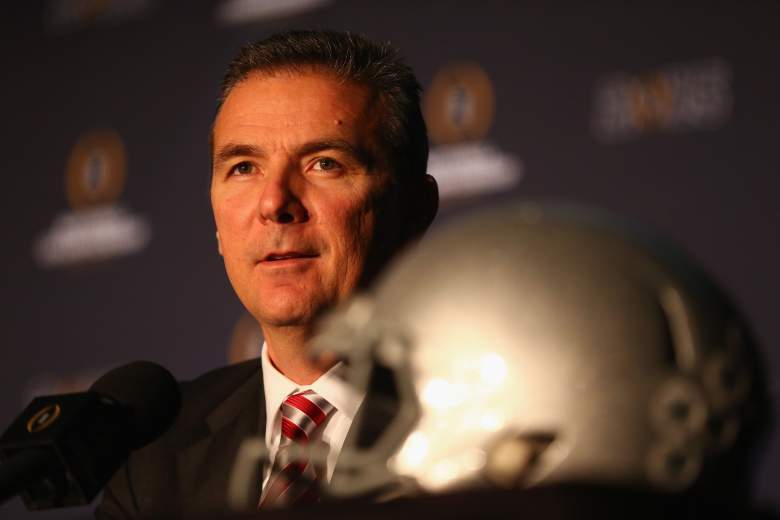 Meyer’s father, Bud, also had a reputation as a disciplinarian. It helped the Ohio State coach develop his own on-field personality. (Getty)

Over the course of his career, Urban Meyer has developed a reputation. He’s strict. He demands the best. He got it all from his father.

Meyer’s father, Bud, passed away 17 before he formally accepted the job that both of them had dreamed about for years. But while his father was not in the crowd at the official press conference, Meyer knew this is what he had always wanted for him. After all, Bud had always demanded the best of his son.

Bud Meyer worked as a chemical engineer and expected his children, Urban and his two sisters, to follow the rules. When Urban broke those rules he ran laps around their Ohio home. It wasn’t always easy but it’s an upbringing that has shaped Meyer, and his family, and helped forge his way through the college football world.