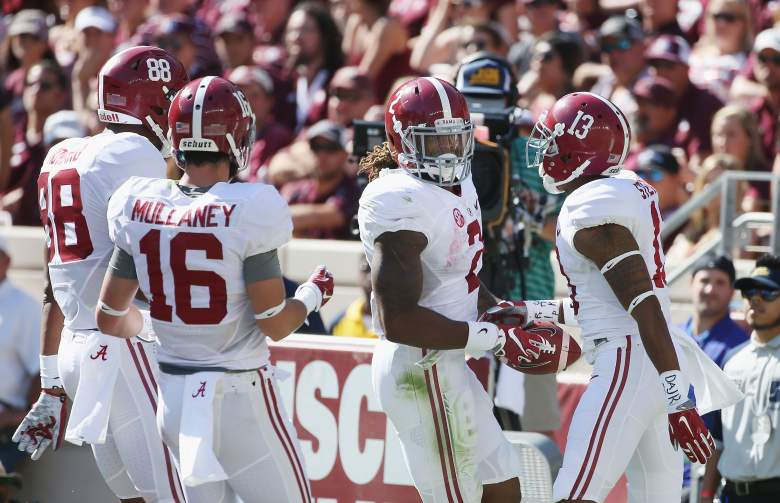 It was vintage Alabama football as the Crimson Tide cruised to victory against the Aggies. Alabama leaned on their defense and running game for a dominant victory.

Texas A&M quarterback Kyle Allen had a rough day at the office. Coming into the game, Allen had only thrown two interceptions for the entire season. He threw three interceptions against Alabama and all of them were returned for touchdowns.

Derrick Henry was an absolute monster for the Crimson Tide. He had 32 carries for 236 yards and two touchdowns. Jacob Coker was 19-of-25 for 138 yards.

This Alabama DB made a heads up play to put the Crimson Tide up 6-0 in the @BestBuy highlight. http://t.co/Qx5EeLYoVf

It was not the kind of start Allen had thought he would have. On one of the first possessions of the game, Allen underthrew his receiver and it went directly to an Alabama defender. The Crimson Tide ran the ball back for a touchdown to take a 7-0 lead.

Derrick Henry's 55-yard touchdown run has Alabama up 14-0 in the first quarter over Texas A&M.

Just a few minutes after the first touchdown, Alabama added their second touchdown of the game. Henry’s 55-yard touchdown gave the Crimson Tide a 14-0 lead late in the first quarter.

Allen Threw His Second Pick Six of the Game

This Alabama DB took the INT 93 yards TO THE HOUSE in the @BestBuy highlight. http://t.co/yBXTqNKVxc

It was a rough start for Allen. He threw his second interception that was returned for a touchdown. Alabama returned this interception 93 yards and it gave Alabama 28-6 lead.

Christian Kirk Returned a Punt for a Touchdown

Kirk returned a punt for a touchdown late in the second quarter. The play injected new life in Kyle Field and brought the score to 28-13.

The Aggies Scored a Touchdown Early in the Third Quarter

The momentum continued to build on the momentum from the punt return and scored on a short touchdown pass to begin the third quarter. The score made it 28-20 as Alabama’s lead continued to dwindle.

Kyler Murray Contributed With an Interception of His Own

Now it's Kyler Murray's turn to throw an interception for A&M. A TD here for Alabama probably ends this game. But who knows, it's been odd.

The Aggies had been playing both Kyle Allen and Kyler Murray. Allen already had thrown two interceptions and Murray added an interception late in the fourth quarter.

Allen Threw His Third Pick Six of the Game

#Bama's gets its THIRD Pick-6 of the day on #TAMU. Minkah Fitzpatrick every bit as good as he was hyped to be.

Midway through the fourth quarter Allen connected with an Alabama defender again for another touchdown. It marked the third interception Allen threw that was returned for a touchdown. It was not Allen’s day and this interception ended any hopes of an Aggies comeback. 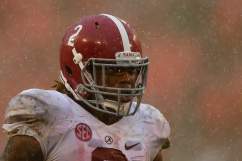