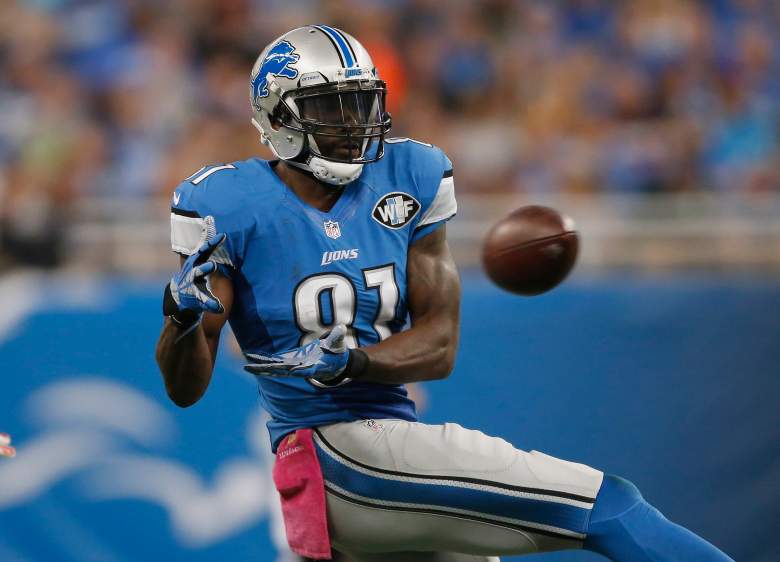 NFC North rivals Chicago (2-3) and Detroit (0-5) will meet for the 171st time on Sunday in a game with plenty on the line despite the disappointing records.

For the Bears, a third straight win would push them back to .500 and back in the wild card hunt. Although the Lions are winless and out of contention, the coaches and players may be playing for their jobs — including embattled quarterback Matthew Stafford.

Looking for someone to spark the passing attack, Lions quarterback Matthew Stafford threw a bullet of a pass that was caught by veteran receiver Lance Moore for the score. The touchdown made the score 7-0 Detroit as Moore caught his second TD of the season. Last week against Arizona, he had six catches for 55 yards and a score.

The Bears Scored 10 Unanswered Points to Take the Lead

After a short Robbie Gould field goal made it 7-3 Detroit, the Bears went on a long drive and cashed in when rookie running back Jeremy Langford plunged in from a yard out to give the Bears a 10-7 lead.

Stafford Threw His 2nd Touchdown of the 1st Half

The Lions retook the lead as Stafford did an outstanding job of buying time in the pocket and finding Tim Wright in the corner of the end zone for the touchdown.

Matthew Stafford continued his sparkling start with a touchdown pass to Golden Tate that appeared to be intercepted as he lost control crossing the goal line. But the referees overturned the original call on the field and ruled that Tate controlled it long enough for a touchdown.

Alshon Jeffery Caught a Touchdown Pass in the 4th Quarter

TOUCHDOWN #Bears. Cutler with a good throw, Jeffery with a great catch. pic.twitter.com/g4no2zHZzv

Returning to the lineup after suffering an injury, Alshon Jeffery caught this high throw from Cutler to pull the Bears to within 24-23. The play came after Jeffery committed an offensive pass interference penalty.

Instead of choosing to go for two to tie the game, John Fox opted to kick an extra point.

Calvin Johnson Won the Game for the Lions Late

Johnson hauled in a 57-yard catch in overtime after catching a touchdown late in regulation, and Matt Prater kicked a short field goal late in overtime to give the Lions their first win in 2015. 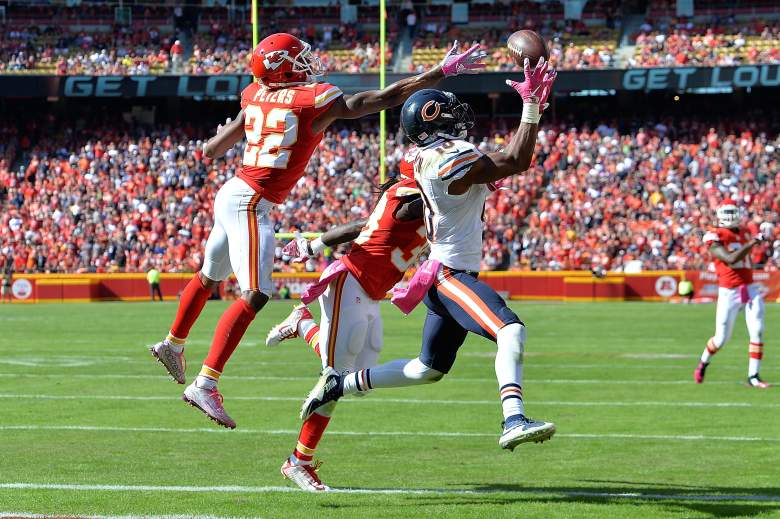 The Bears will finally be getting key contributors back on offense as they look to hand the Lions a sixth straight loss to opening the season.

Wide receivers Alshon Jeffery and Eddie Royal are both listed as questionable for the game. Jeffery has missed four straight games while Royal missed last week’s game in Kansas City.

Since returning from injury himself, Bears quarterback Jay Cutler has thrown for four touchdowns and one interceptions in the last two weeks — both wins.

For the Lions, Eric Ebron will miss the contest with a knee injury while Haloti Ngata is out with a calf injury.

Read More
Chicago Bears, Detroit Lions, Football, NFL
The Lions earned their first win in 2015 with a 37-34 overtime triumph over the Bears on Sunday.