It’s alleged that NBA star Matt Barnes drove nearly 100 miles to punch New York Knicks coach Derek Fisher. The incident occurred at the home of Barnes’ ex-wife Gloria Govan in Los Angeles. Fisher was apparently in town to visit his kids, with ex-wife Candace Fisher, who live in California. Barnes had been training with the Grizzlies in Santa Barbara when he heard that the Knicks coach was in town. The scuffle, which was minor, was over allegations that Derek Fisher and Gloria Govan have a thing going on.

1. Derek ‘Blindsided’ Candace With Divorce Papers a Month After the Couple Celebrated Their 10th Wedding Anniversary

In March 2015, Derek filed for divorce from his wife of ten years in Los Angeles, reported TMZ. The site later reported that Candace felt she had been “blindsided” by the divorce. As a result of this she filed her own documents, claiming that Derek had abandoned her and their kids, they have twins as well as child each from previous relationships. In addition, she told TMZ that Derek later wanted custody of their twin boys despite the fact that they, and she, have firm ties in Los Angeles.

The couple were married in February 2005 in Encino, California.

2. Derek Said Candace Felt Guilt for Not Taking Their Daughter to a Doctor Sooner After 11-Month-Old Was Diagnosed With Cancer

Candace with her daughter Tatum at the White House in 2010. (Wikipedia)

The couple have twins, Drew and Tatum, born in 2006. Then, in 2007, their daughter, Tatum, was diagnosed with retinoblastoma, a rare form of eye cancer. After surviving the disease, Candace told the New York Daily News, upon her husband’s unveiling as Knicks coach, that “Everything is fine. She actually runs the household.” Describing what things were like when Tatum, then 11 months old was diagnosed, Candace said “It was difficult. It was just like a blur. It was fast (and) traumatic at the same time. You just kind of pull together and make it happen. Our daughter was a priority.”

Due to the Fisher’s publicizing of their daughter’s illness, the New York Times reported that diagnosis of the diseases were up from nine to 100 between May 2006 and May 2007. Her doctor is in Los Angeles, with regular visits still necessary, Candace says “Every time I go there, I have a couple people who tell us they saw him on TV or heard about Tatum.”

In an interview with Essence, Derek says that it was Candace who noticed something was wrong with Tatum due to her lack of balance. During that same interview, Derek says that his wife carried guilt for not taking their daughter to a doctor sooner.

3. Derek Took a Pay Cut to Rejoin the Lakers in 2007 So Candace Could Be Closer to Her Family

After Tatum’s diagnosis, Derek took a major pay cut from the Utah Jazz to rejoin the Los Angeles Lakers. Though Jazz fans taunted him, believing he just wanted to move back to a more successful franchise, he revealed in an LA Times interview that he moved for his wife. The Times quotes the pay cut as being around $6.5 million. It also helped that Tatum’s cancer doctor was in Los Angeles.

4. She Has a Son With Former Rams Running Back Marshall Faulk Because He’s ‘Anti-Abortion’

Candace had a child with then-San Diego State running back Marshall Faulk in 1995. He’s named Marshall Faulk junior. In a 1995 interview with Sports Illustrated, Faulk described how Candace, then known as Candace Patton, was his pregnant girlfriend in his senior year. Despite their lack of money, Marshall Faulk insisted on having the baby because “I’m anti-abortion. I’m in a position to give to a kid
who is mine, so that’s what I plan to do.” When the child was born, Candace got her own BMW with vanity plates that read “28 LVSME.” He told SI “I didn’t surprise her with that one. She wanted it.”

Marshall Faulk Junior is now a running back at Central Washington University.

5. The Fisher Family Were Victims of a Stalker Who Insisted She Was Married to Derek 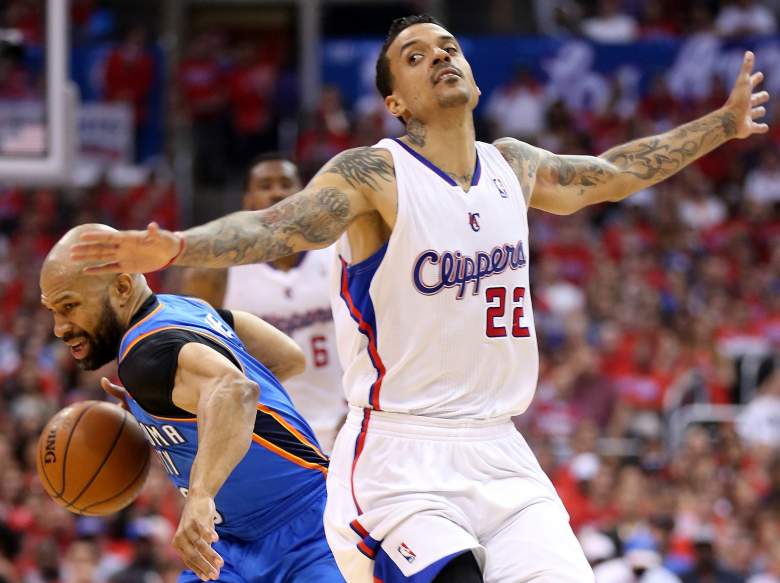 Back in 2009, ESPN reported that Derek was forced to have a restraining order placed upon a woman named Symone Fisher. She had been stalking the family and even had her name changed so that she could convince people that she was Derek’s real wife. The stalking had begun in 2001 when she began writing him letters saying the two were married.