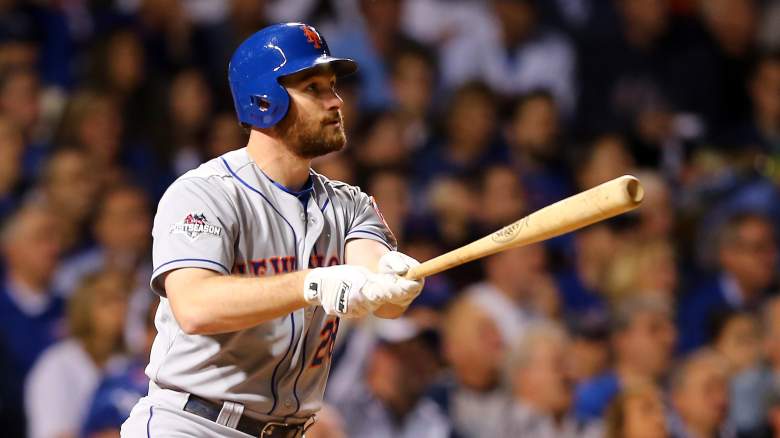 After a monster NLCS Game 4, in which he went 4-for-5 and set the MLB record by homering for a sixth-straight postseason game, he pushed his 2015 playoff numbers up to .421/.436/1.026 with seven home runs and 11 RBI in nine games. Unsurprisingly, he was named NLCS MVP after the Mets’ sweep of the Chicago Cubs:

Daniel Murphy, you are ridiculous, and you are the NLCS MVP. What a #postseason! pic.twitter.com/RFMEaeGagT

Perhaps even more impressive than the ludicrous numbers themselves, is who they have come against.

Murphy has hit homers off Clayton Kershaw (two of them), Zack Greinke, Jake Arrieta, Jon Lester and Kyle Hendricks. The first three on that list have each put together one of the most dominant seasons in recent memory (Murphy is the first player all year to homer off both Kershaw and Greinke, let alone Arrieta as well), while Lester owns a career 2.85 postseason ERA.

The one at the expense of Arrieta bares a closer look for a few reasons. First, the Cubs’ ace had given up just two home runs since the start of July and just three all season to left-handed batters. Second, the pitch was practically unhittable.

It was an 1-2 curveball that, according to Pitch F/x, was just 12.76 inches off the ground. According to Baseball Savant, via Fox Sports’ Dave Cameron, there were 14,318 pitches at that height or lower swung at during the regular season, and of those swings, only 1.2 percent (172 total) resulted in fly balls, let alone home runs.

Yet, somehow, Murphy turned it over the fence against a pitcher who has been on a historically good run. Here’s a look at everything else Murphy has accomplished during this unbelievable postseason run: 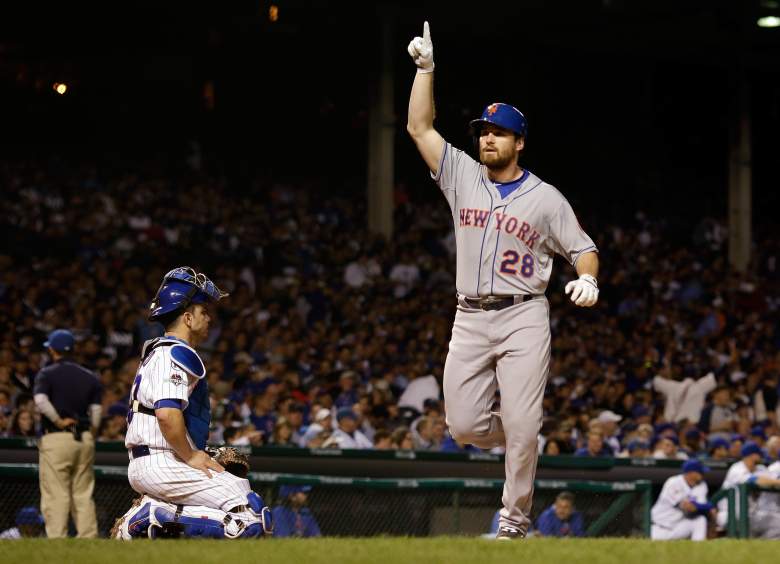 Most Consecutive Games (6) with a Home Run (surpasses Carlos Beltran, 5)

Tied for 4th for Home Runs (7) in a Single Postseason (Barry Bonds, Nelson Cruz and Carlos Beltran have the record with 8)

Read More
Baseball, MLB, New York Mets
Daniel Murphy is on a historically potent run at the plate during the 2015 playoffs. Check out all of his stats and records.