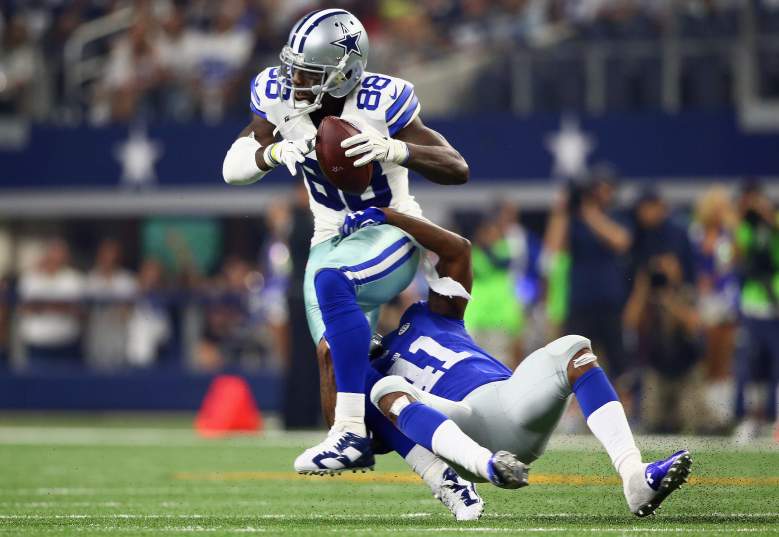 Dallas Cowboys WR Dez Bryant could, possibly, make his return to the field this week after undergoing foot surgery in September. (Getty)

Dez Bryant could, quite possibly, be bionic.

The Dallas Cowboys star wide receiver broke his right foot in the season-opening victory against the New York Giants on September 13, but, according to several different reports – including team owner Jerry Jones – there’s a chance Bryant could actually make a return to the gridiron this week. Of course, the Cowboys play the Giants this week.

Bryant didn’t participate in Wednesday’s practice, taking part in some drills on the sideline, but Cowboys coach Jason Garrett still hasn’t officially ruled him out for Sunday. Garret said:

We’ll just see how he’s feeling. We don’t anticipate much from him in the formal team setting. He is working on the side, and if he can work in, he will work in. Any time a player comes off an injury, conditioning is a factor. “He has to be physically ready to play, and when you have a leg injury or a foot injury sometimes that conditioning gets compromised. Dez is a veteran player. He understands how to get himself ready to play.

Meanwhile, Jones was slightly more optimistic earlier this week, telling a Dallas radio station that there was a good chance Bryant would be ready to go against the Giants. Jones did add, however, that Bryant would have the final decision on his game-time status.

Bryant recently underwent a stem-cell injection in his foot to help speed up the recovery process and, last week, was spotted on the practice field doing resistance cord work with Cowboys associate athletic trainer Britt Brown. He’s also been busy off the field, introducing his brand-new pet monkey to the world via Instagram on Wednesday night. For real. Check it out:

The Cowboys had originally announced that Bryant would miss four to six weeks after he underwent surgery on September 14.

But here’s the big question, what do Bryant fantasy owners do if he does dress? While it would be easy to knee-jerk react and automatically assume that Bryant (and his 1,320 receiving yards last season) would come back ready to play, owners shouldn’t be too hasty.

Bryant’s status won’t just come down to the wire, it’ll likely be a little rusty. Add into the mix that he’ll be catching passes from Matt Cassel – making his first start in a Cowboys uniform – and this isn’t a good fantasy play for anyone.

Keep checking back here heading into Sunday afternoon’s matchup to get the latest on Bryant’s status for the NFC East matchup. 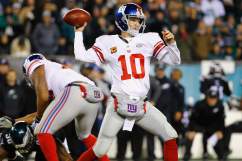 Read More
Dallas Cowboys, Dez Bryant, Football, NFL
Could the Dallas Cowboys possibly get their Pro Bowl wide receiver back for an NFC East rivalry matchup on Sunday? Depends on who you ask.