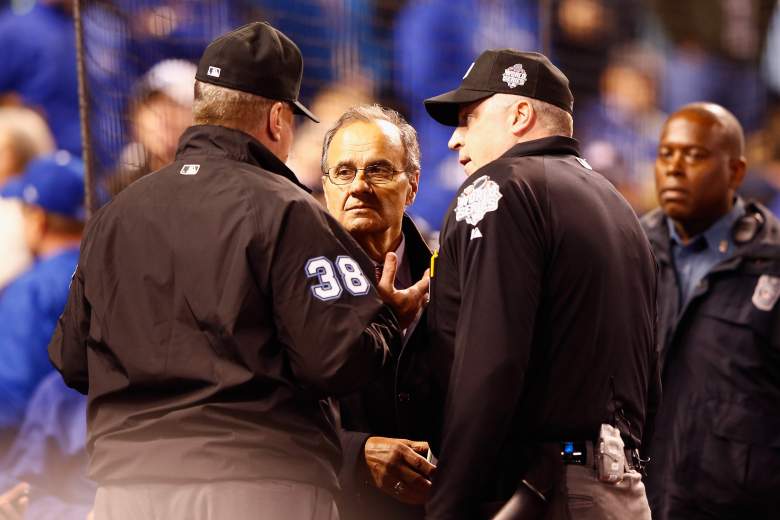 MLB officials and umpires gathered on the field in between innings as play was suspended when the feed to the TV broadcast lost power. (Getty)

So, wait, what just happened?

We were all sitting, watching Game 1 of the World Series on Tuesday night when, quite suddenly, the game disappeared. That was unexpected. And not good for the millions of people glued to the TV across the country.

Here’s how it went down the first time:

According to reports, FOX lost power to its truck during the Series after returning from commercial in the bottom of the fourth inning. The New York Mets and Kansas City Royals were tied 1-1 at the time. In other words, it wasn’t a good time to cut out.

Play on the field was temporarily suspended while the problem was remedied and the FOX broadcast switched to an in-studio report that vaguely analyzed the first few innings of the matchup.

With network down, game delayed because of inability to review replays in New York.

When the game came back up, viewers in the United States were switched over to the international feed once play resumed.

Naturally, Twitter had a field day with the moment. Check out some of the best right here:

FOX. Take out the cartridge and blow on it. Works every time. #WorldSeries

If Joe Buck makes a salient point in the booth but no one is there to hear it, does it really make a sound?

And perhaps the best one of all: