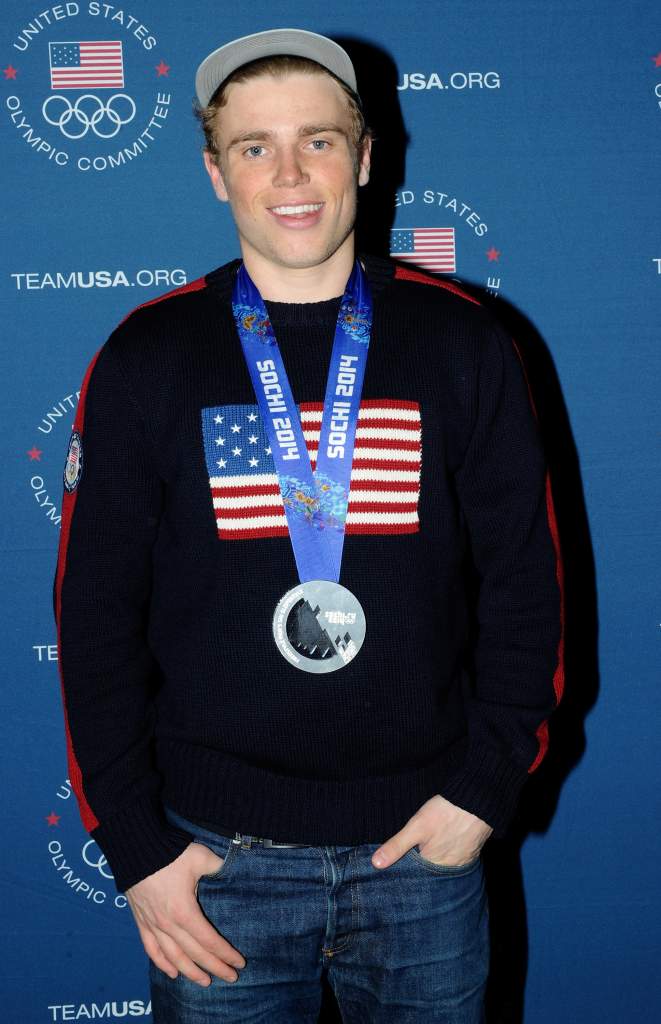 Gus Kenworthy, 2014 Olympic medalist skier, came out today that he is gay—he is the first action sports athlete to do so.

After winning the silver medal in the 2014 Sochi Winter Games and rescuing the Sochi strays, five dogs that were living outside the Olympic center, the 24-year-old athlete still didn’t feel like himself.

Read on to learn more about his life:

1. He Made His Announcement on Social Media

Just minutes before the Associated Press and ESPN Magazine released their article and video of his announcement, Kenworthy took to Twitter and Instagram saying:

“I am gay.Wow, it feels good to write those words. For most of my life I’ve been afraid to embrace that truth about myself. Recently though, I’ve gotten to the point where the pain of holding onto the lie is greater than the fear of letting go, and I’m proud to finally be letting my guard down.”

“Today is the first day of the rest of my life.”

“Just watched my story air on @ESPN @SportsCenter and I’m all choked up. Tears of joy! Thanks for your support :)”

A lot of people, especially his teammates and athletic organizations, are showing their support.

Team U.S.A tweeted, “@guskenworthy We are PROUD to say you are part of #TeamUSA!”


U.S Freeskiing tweeted, “A huge day in action sports, the @Olympics and in @guskenworthy​’s life. We stand with him and support him.”

Snowboarder Sage Kotsenburg, the snowboarding slopestyle Olympic champion in Sochi, tweeted, “Gus you are the man! So proud of you for this I know it couldn’t have been easy but we’re all supporting you #GoGus” 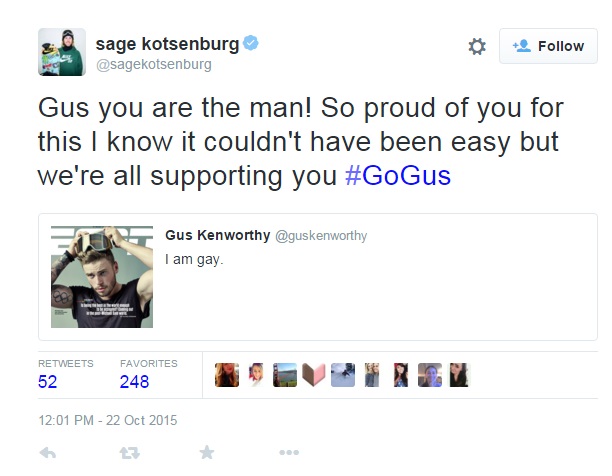 2. He Only Started Coming Out Two Years Ago 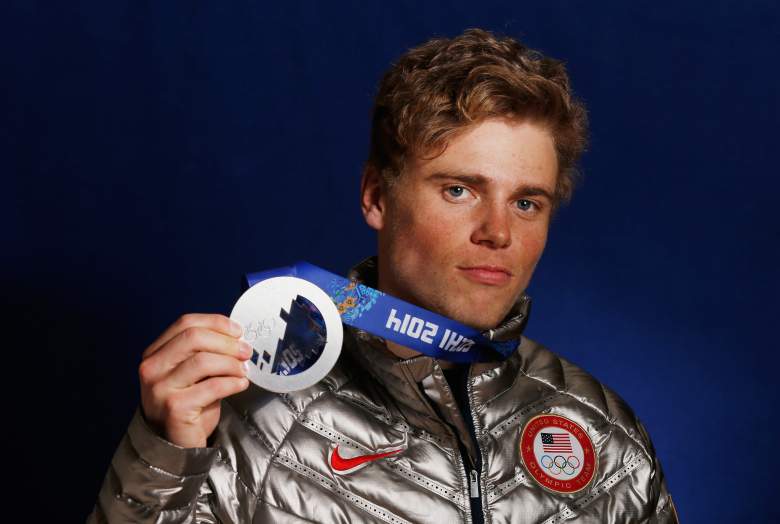 Gus Kenworthy of the USA Skiing team poses with his silver medal in the Olympic Park during the Sochi 2014 Winter Olympics on February 14, 2014 in Sochi, Russia. (Getty)

He has known since he was 5-years-old that he is gay but didn’t start coming out to friends and family until two years ago, he told ESPN Magazine.

He says he felt pressure to be “cool,” especially among his brothers, Hugh and Nick.
“I was insecure and ashamed. Unless you’re gay, being gay has never been looked at as being cool. And I wanted to be cool,” he told ESPN Magazine.

He always felt incomplete at events and told the Associated Press.

I felt like I was already being so courageous with my body and my actions and the things I was doing in order to try to win and be the best. Then, I was being such a coward in this other way, where I wouldn’t let anyone know. So they were battling each other. I’m excited where those two things can go hand in hand.

When he told his friend Canadian freeskier Justin Dorey in January that he was gay he said, “Our sport needs this. Action sports needs this. More people than you think will be supportive.”

But Kenworthy still doesn’t know if he will be accepted by his industry.

They say it’s a community of individuals and everyone is doing their own thing and it’s not a team sport, so you get to be yourself. But you don’t really.Everyone wears a Red Bull or Monster or Rockstar cap, a T-shirt and jeans and skate shoes. Everyone drives the same type of car and listens to the same kind of music. The industry isn’t the most embracing of someone who’s different. I’m nervous about that. 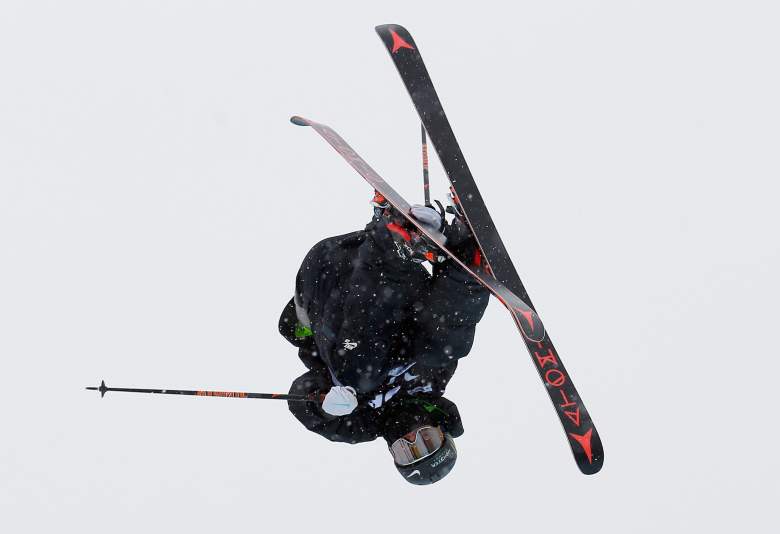 After his silver medal win in Sochi he went to the X Games in Aspen a few months later. He didn’t medal at all, his relationship with his boyfriend had just ended, he wasn’t being honest about who he truly was, and he wasn’t living up to his personal goal of being the best. He seriously considered quitting the sport completely, according to ESPN Magazine.

His father,Peter, and agent,Michael Spencer, told him not to quit after one bad and event and to sleep on it before he made a decision about quitting, according to ESPN Magazine. 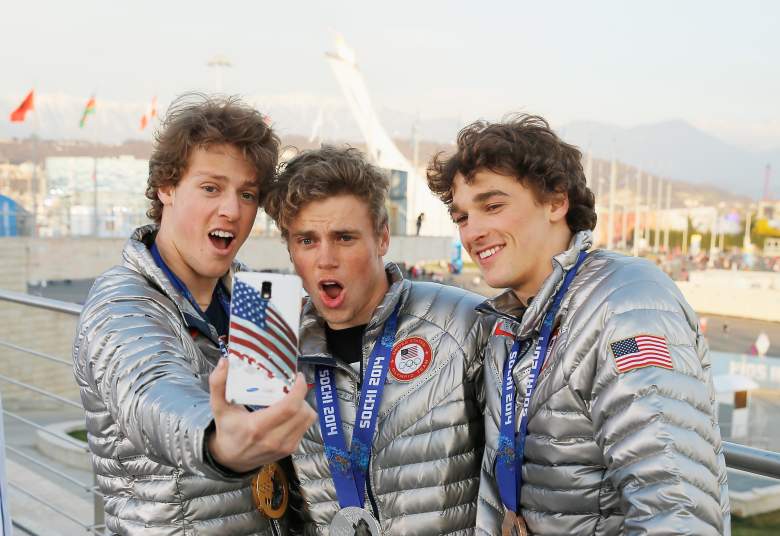 Joss Christensen, Gus Kenworthy and Nick Goepper of the USA Skiing team pose in the Olympic Park during the Sochi 2014 Winter Olympics on February 14, 2014 in Sochi, Russia. (Getty)

Kenworthy decided not to quit skiing and actually made a major comeback after the Aspen event. He placed in the halfpipe at the Mammoth Mountain Grand Prix and won the Shaun White Air + Style event.

He has always been considered a “guinea-pig” in skiing for his fearlessness in trying new stunts, and at a Park City event in February he debuted a new stunt called the double cork 1260. This was the first time anyone did four different double corks in a contest run, according to ESPN Magazine.

All this made him to the Association of Freeskiing Professionals overall champ for the fifth year in a row.

“I’m sure there have been gay action sports athletes in the past. I’m sure there are now. But Gus being the first to step up, come out and take the heat, it’s badass. Once again, he’s guinea-pigging it for everyone else.”

5. He Doesn’t Have a Boyfriend Right Now 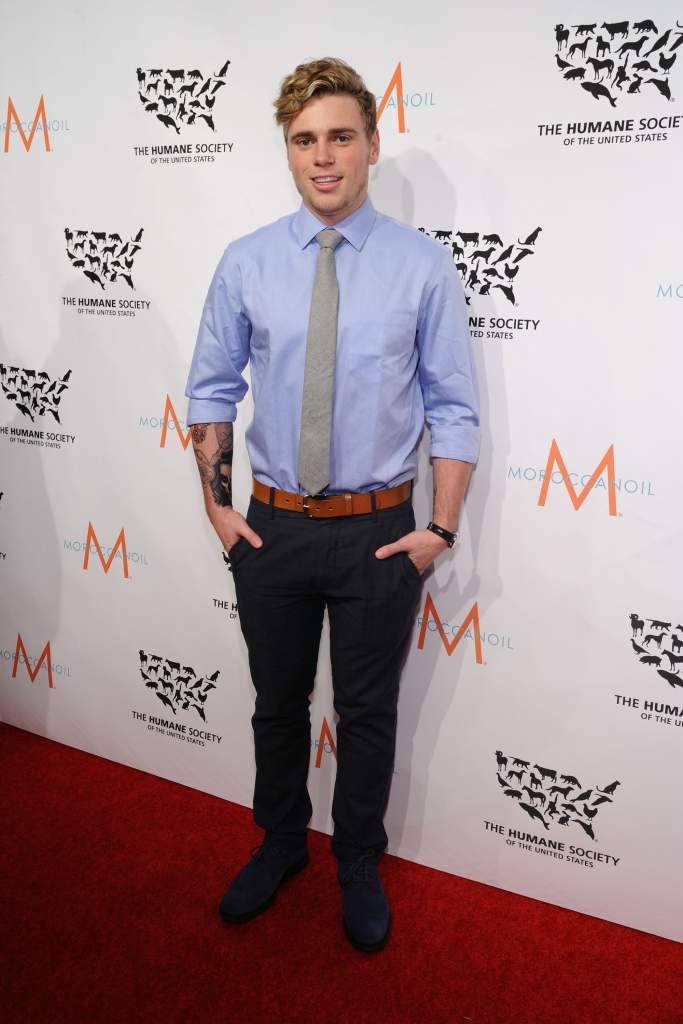 Kenworthy did have a boyfriend, who actually helped him rescue the Sochi dogs. A few months before the X Games in Aspen in January they broke up.

This is the viral image of Kenworthy with one of the Sochi strays from his Instagram account 36 weeks ago. 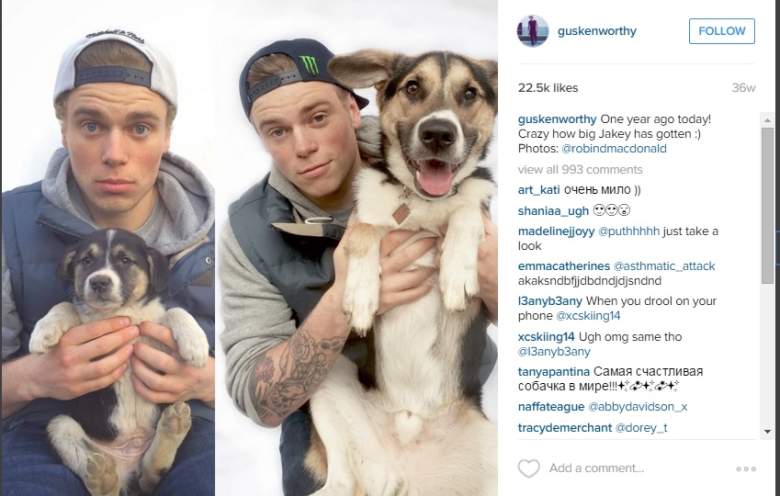 Kenworthy tagged @robindmacdonald in the photo above. Robin MacDonald, presumably Kenworthy’s ex-boyfriend, wrote this message on his Instagram today following the news of Kenworthy coming out.

I am waiting for the day when telling people you are “gay” is not a media worthy piece of information. There is no difference between gay people and non gay people. What makes people amazing and unique is the way they treat others. Being gay is something that says nothing about an individual’s personality, the actions they make are what sets them apart .After being with @guskenworthy for many years I have learned he is a self obsessed monster and actually the biggest pile of shit on the planet. He is also my favorite and I will always have much love for you even though we don’t see much of each other anymore. Love you Gussy and lots of kisses from Jake and Mishka. ?❤️?. Also, you were not fooling anyone. Any man who knows the entire soundtrack to the Broadway musical “wicked” is not bringing in the ladies, unless it’s for a themed dinner party. ? @theeveryhostess

Announcers would often ask him if his girlfriend would be attending the event and he would always say no, even if he had a boyfriend in the stands.

Kenworth says he would just sleep with girls because that’s what althetes are expected to do, bu regretted it afterwards, according to his interview with ESPN Magazine.

In skiing, there’s such an alpha male thing about pulling the hottest chicks. I know hooking up with hot girls doesn’t sound like the worst thing in the world. But I literally would sleep with a girl and then cry about it afterward. I’m like, ‘What am I doing?  I don’t know what I’m doing.’

But Kenworthy says he wants a real TV boyfriend now, one that he doesn’t have to hide. 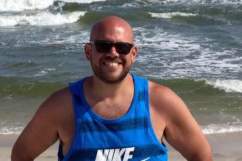