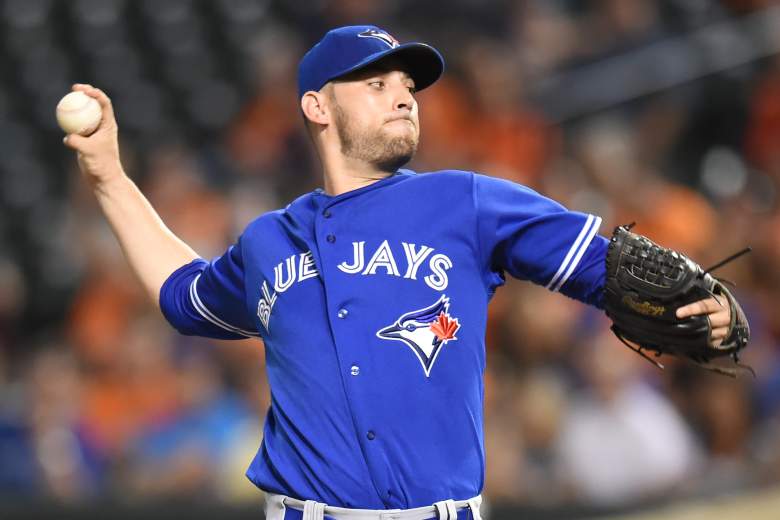 Marco Estrada will need to pitch the game of his career to help the Toronto Blue Jays avoid an ALDS sweep. (Getty)

Two games down, a 14-inning marathon that included a benches-clearing brawl, a controversial play and the Toronto Blue Jays are desperate for a victory.

The team that has the entire country of Canada glued to its TV sets needs a win against the Texas Rangers on Sunday night to avoid a three-game sweep in the ALDS and keep their dream season alive. It’s a daunting prospect – especially on the road – but one the Blue Jays could very well accomplish.

Of course, it starts with pitching. Marco Estrada (13-8) held hitters to an AL-low .183 batting average after the All-Star break and gets the all-important start for Toronto tonight. Then, there are the bats. Toronto has scored seven runts in its first two games and while there are some who may blame a seemingly moving strikezone, the Jays need to get swinging and get swinging quick.

The Blue Jays will be without reliever Brett Cecil in Game 3 after the left-hander saw his seaosn end with a torn calf muscle. The squad brought up right-hander Ryan Tepera and his 3.27 ERA to replace him.

On the Rangers side of things, Martin Perez (3-6) gets the start for Texas.

First pitch for the potentially dramatic Game 3 matchup is slated for 8:10 p.m. ET and will be broadcast in the U.S. on FS1. The game will also be shown on SNET in Canada. If you aren’t near a TV for the game, here’s how to watch online and on mobile:

How to Watch Blue Jays-Rangers Online

MLB is also offering different ways to watch online. Postseason.TV costs $9.99 for the entire playoffs and allows users to watch live alternative video feeds (different from the regular TV broadcast and with no announcers) of the game. MLB.tv also costs $9.99 for the playoffs, and it allows users who are able to authenticate a cable subscription with a log-in and password to watch the live broadcast online.

How to Watch Blue Jays-Rangers on Mobile 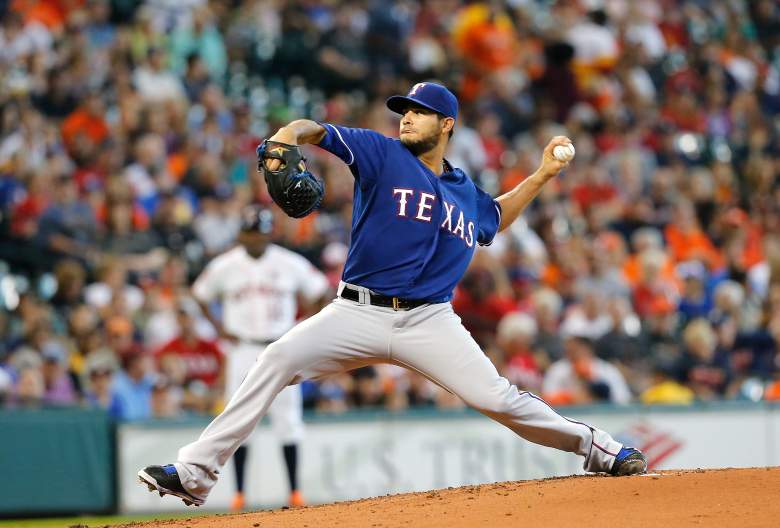 Texas Rangers pitcher Martin Perez gets the start in Game 3, looking to lead his squad to an ALDS victory. (Getty)