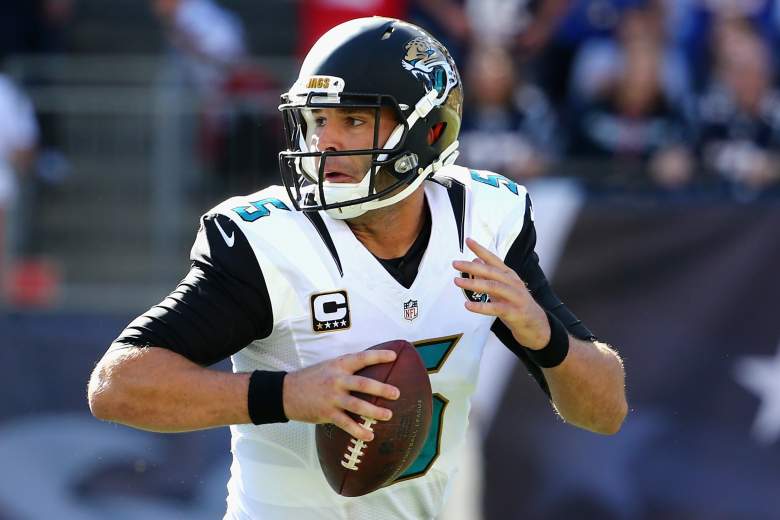 The Indianapolis Colts (1-2) may have saved their season with a stunning rally past the Tennessee Titans in Week 3, and will now look to make it back-to-back divisional wins against the Jacksonville Jaguars (1-2) on Sunday at Lucas Oil Stadium.

The Colts are listed as 9.5 point favorites against the Jaguars at sportsbooks monitored by OddsShark.com.

The preseason AFC favorites have stumbled out of the blocks in 2015, as has franchise quarterback Andrew Luck. The fourth-year player is dead last in quarterback rating (65.1) through three games with five touchdown passes against seven interceptions.

Luck’s status for the game against the Jaguars is still up in the air. He is officially listed as questionable with a right shoulder injury suffered last week. Luck has yet to miss a start in his career and threw a league-high 40 touchdown passes in 2014.

A Matt Hasselbeck start would likely give the Jaguars hope of pulling off the upset. Hasselbeck, 40, last started a game in 2012 with the Titans. Jacksonville is 4-10 SU in its last 14 games when playing on the road against Indianapolis, and have dropped the last five meetings by a combined score of 161-43.

The Jaguars are not heading into Indianapolis with much momentum, though. Jacksonville was waxed 51-17 by the Patriots last Sunday in New England, yielding 471 total yards and three rushing touchdowns from LeGarrette Blount.

OddsShark’s predicted score calculator has the Colts holding a 26.7-18.5 advantage, right in line with the number set by oddsmakers.

The Colts are 20-8 all time against the Jaguars.

The total for Sunday afternoon’s Jaguars vs. Colts betting matchup is set at 48 points at the sportsbook.The total has gone over in 11 of Jacksonville’s last 16 games on the road, but under in five of Indianapolis’ last six games when playing at home against the Jaguars.

Read More
Football, Indianapolis Colts, Jacksonville Jaguars, NFL
The 1-2 Colts are 9.5 point favorites at home against the 1-2 Jaguars on Sunday.