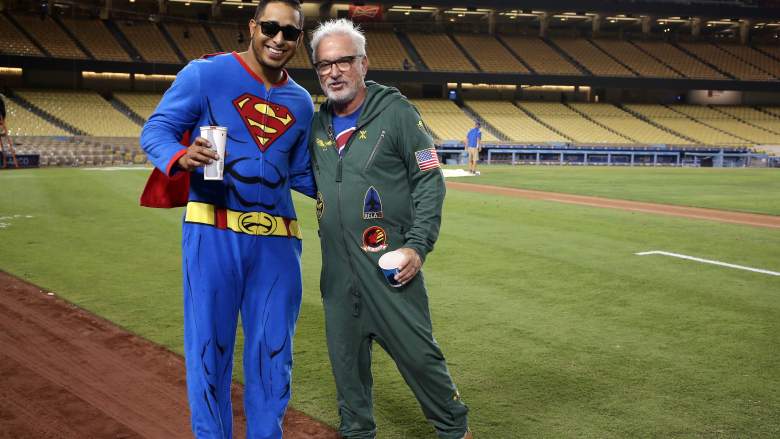 Known as arguably the most entertaining manager in baseball, Joe Maddon dresses up with Cubs pitcher Hector Rondon. This is not an unusual site when it comes to Maddon. (Getty)

The Chicago Cubs‘ endlessly entertaining 61-year-old manager was unbelievably adept at squeezing everything out of his players during his last managerial stint in Tampa Bay, and when he made the move to the Windy City, expectations were understandably high. But not many people were expecting this. Thought to still be a year or two away from contention, the “rebuilding” Cubs won 97 games in their inaugural season under Maddon, and now they’re on the brink of reaching the NLCS for the first time in more than a decade.

Here’s everything you need to know about the man who has put the rebuild on overdrive.

1. He Played Baseball & Football in College 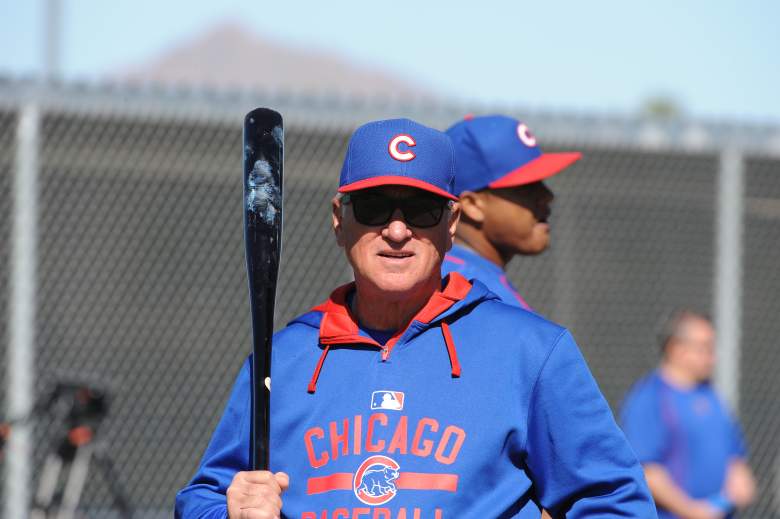 Born to an Italian father and Polish mother in Hazleton, Pennsylvania, Maddon attended nearby Lafayette College, where he was actually recruited to play football. Although he only played one season, he was apparently a pretty good quarterback, completing 14-of-17 passes for four touchdowns in his final game.

On the diamond, Maddon played three years at catcher, leading Lafayette to a 49-28 record. While his professional playing career never took off–he played four seasons of Single-A ball with the Angels farm team, hitting .267/.339/.356 with five homers–it did ultimately lead to his coaching career. He remained with the Angels organization, serving as a minor-league manager in the 80’s and bench coach from 1993 through 2005. 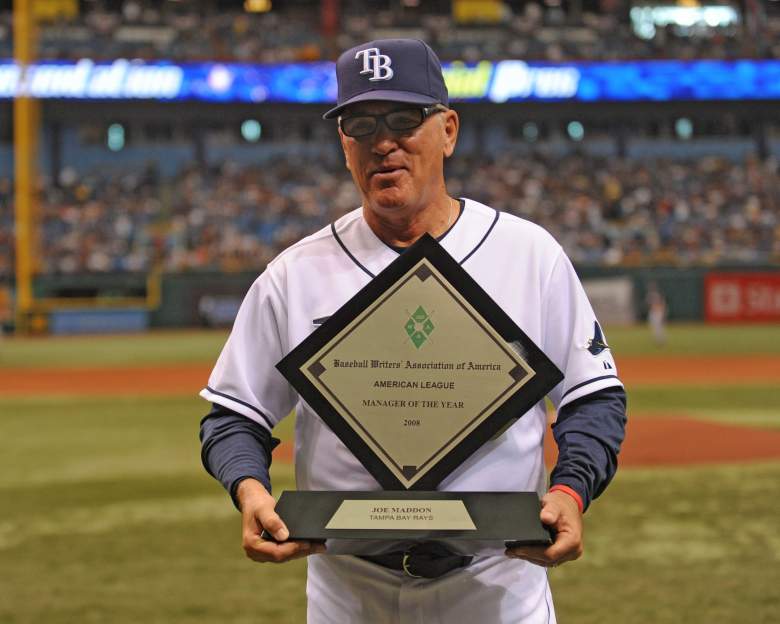 Maddon’s first MLB managerial experience came with the Angels, although that only consisted of two interim stints in 1996 and 1999, in which he went a combined 27-24.

In 2006, he was hired by the Tampa Bay Rays. His first two seasons for the young, struggling franchise were mostly forgettable, but in 2008, he led the team to 97 wins–27 more than the franchise had ever recorded–and a trip to the World Series. He won AL Manager of the Year and proceeded to guide the Rays to four 90-win seasons and three playoff appearances in the next five seasons.

Jeremy Hellickson talked about Maddon after he again won Manager of the Year in 2011:

Joe is awesome. I couldn’t ask for a better manager to play for. He’s so laid back, is definitely a players coach, and gets along with us all so well. He’s always going out of his way to say something to us. When we were 0-6, he was right there telling us we were the best team in baseball. It really helps to have a manager like Joe. 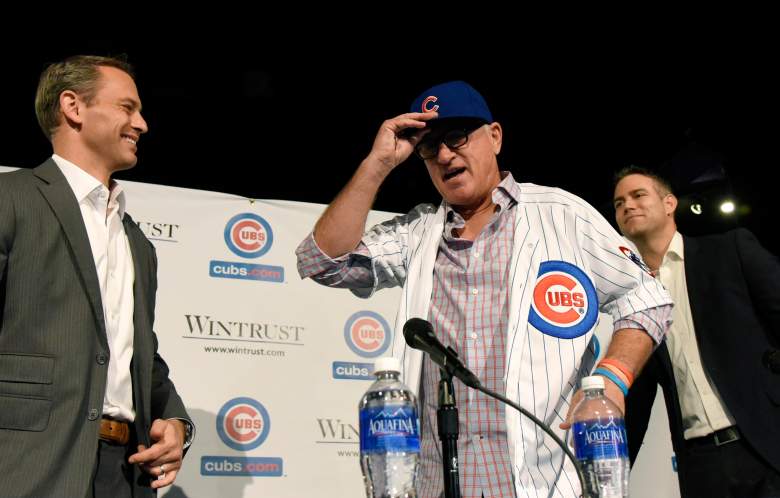 When Maddon joined the Cubs in November on a five-year contract worth $25 million, he was pretty confident:

I’m gonna be talking playoffs next year. I’ll tell you that right now. I can’t go to spring training and say anything else. You have to set your goals high, because if you don’t set them high enough you might hit your mark, and that’s not a good thing. We’re gonna talk World Series this year, and I’m gonna believe it. It’s in our future.

Part of that may have been just manager speak, but knowing Maddon, he probably fully believed it. And for good reason. The Cubs have morphed into one of the most exciting, talented teams in baseball, and with a number of star youngsters scattered throughout the roster, they should be near the top of baseball’s hierarchy for years to come.

4. He Knows How to Keep the Clubhouse Atmosphere Light

For as much success as Maddon has had on the diamond, he is as well-known for his entertaining style off of it. He wore a catcher’s mask to a press conference. He met the media with a cockatoo on his shoulder. He often has his players dress up in specifically-themed costumes for flights. And so-on and so-on.

Madden’s light-hearted style is certainly entertaining for media and fans alike, but the man called “the ambassador of all good times” by former player Jamey Wright has typically been hailed as a genius for creating an environment that has allowed his players to succeed.

He discussed his reasoning for his original style back in 2013:

You have to be crazy to be great. We have so many new guys here, I just didn’t think we were crazy enough. There are certain groups that can be businesslike and successful, I don’t deny that. But I don’t think under the circumstances that we operate, you can expect to wear a suit and tie out there and win 90-plus games. We have to think a little bit different.

Maddon met Jaye Sousoures in 1995 at an athletic club when they were both married. Years later, when both marriages had ended, their friendship turned romantic and they married in 2008 just a couple weeks after the Rays went to the World Series.

Maddon also has two children his previous marriage: son Joseph and daughter Sarah, who have given him five grandchildren.