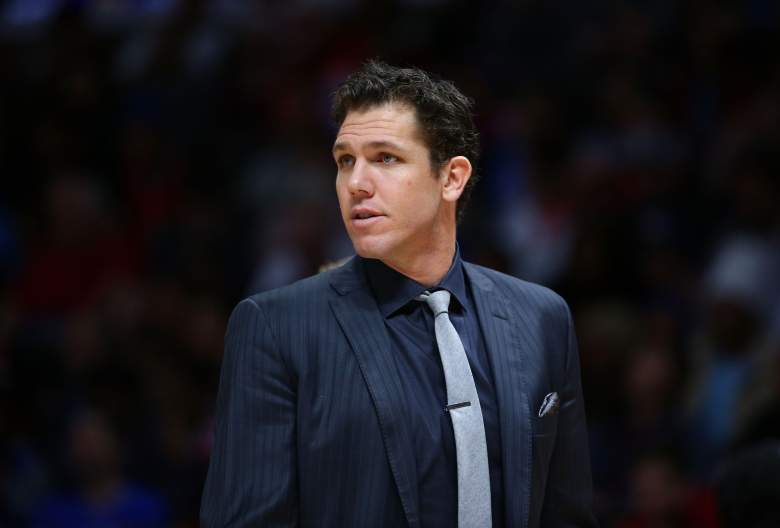 Walton joined the Golden State staff in 2014 and helped lead the Warriors to an NBA championship. (Getty)

Luke Walton will be back on the sidelines in a slightly different capacity – at least for the next few weeks.

The Golden State Warriors assistant coach will serve as the team’s interim head coach after news broke that head coach Steve Kerr was taking a leave of absence from the squad.

It’s not known yet how long Kerr will be gone or how long the reigning NBA champs will be led by Walton. According to reports, there are some who are not sure if Kerr will be back for the Warriors’ season opener vs. the New Orleans Pelicans on October 27.

Here’s what you need to know about the former Los Angeles Laker and his road to NBA coaching:

1. Walton Was Named the Warriors Interim Head Coach On October 1

The Golden State Warriors announced on Thursday, October 1 that head coach Steve Kerr would be taking a leave of absence from the team to focus on rehab after undoing going surgery to repair a ruptured disc in late July. Kerr also had follow-up surgery in early September and is still working on his recovery, unable to focus his full attention on the team.

Kerr, who had joined the team for the first few days of training camp, released a statement of his own after the announcement was made:

After the first two days of training camp, I realized I need to take a step back and focus on my rehabilitation in order to be ready for the grind of another NBA season. As I noted last week, my summer was difficult and no fun due to the multiple back surgeries. At this point, I simply want to get healthy and back to my normal daily routine on and off the court.

The Warriors, who are unsure how long Kerr will miss, added that Walton, the team’s lead assistant coach, will serve as interim head coach in the meantime.

After a standout career at the University of Arizona, Walton was selected by the Los Angeles Lakers in the 2003 NBA Draft with the 32nd overall pick.

Walton’s best season came in 2006-07, posting career-bests in minutes per game, field goal percentage, steals, blocks, rebounds, assists and points. The performance earned him a six-year, $30 million contract in July, 2007 and Walton won a pair of NBA titles, in 2009 and 2010, with the Lakers.

However, on March 15, 2012, Walton was traded along with Jason Kapono and a first-round draft pick to the Cleveland Cavaliers for Ramon Sessions and Christian Eyenga. 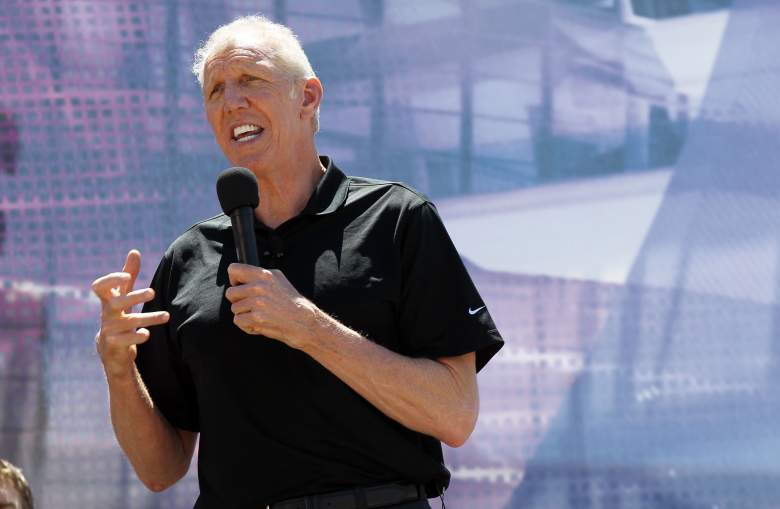 The oldest Walton was a dominant athlete at the college and pro level before taking his talents to broadcasting. (Getty)

The older Walton was prolific on the court, first as a player at UCLA where he won three straight College Player of the Year Awards and two National Titles under John Wooden. He went on to be selected first overall in the 1974 draft and won a pair of NBA titles in 1977 and 1986. Walton was inducted in the Naismith Memorial Basketball Hall of Fame on May 10, 1993.

The Walton father and son duo made history in 2010 when they became the first pair to have won multiple NBA championships.

In addition to Luke, Walton has three other sons as well: Adam, Nathan and Chris. Nathan actually ran an unsuccessful campaign for California governor during the 2003 recall.

4. His First Coaching Job Was With the University of Memphis in 2011

Walton’s first stint on the sidelines actually began before he officially retired from playing. He was hired as an assistant coach at the University of Memphis in 2011, during the league lockout. Walton was hired on August 22 and his employment lasted throughout the duration of the lockout.

After he retired from playing, Walton kept close to basketball when he was hired by the Los Angeles D-Fenders as the team’s player development coach for the 2013-14 season. Walton, who had previously spent several seasons with the Cleveland Cavaliers, was excited to return to the Laker organization; this time as a coach, saying:

I’m thrilled to be returning to the Lakers family. I’m looking forward to working with the staff to develop young talent that can benefit the D-Fenders and the NBA. The D-Fenders have a proven record of developing top-flight players, and I plan to continue that tradition.

The next year Walton was hired as an assistant coach for the Golden State Warriors, a team looking to use his expertise with the triangle offense. The team won its first NBA championship in nearly 40 years, defeating the Cleveland Cavaliers in six games to give Walton his third NBA championship. 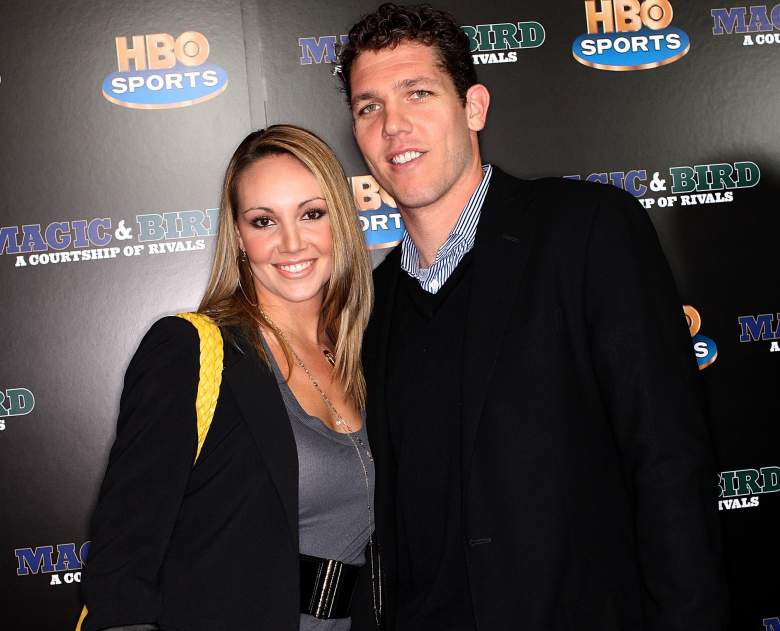 It took nearly a decade of knowing each other before Walton and Ladd became a Mr. and Mrs. (Getty)

Walton officially tied the knot on August 17, 2013, marrying long-time girlfriend Bre Ladd. The pair were married in a ceremony in Aspen, Colorado and the ceremony was featured as part of a story on Brides.com. “Our goal was to keep the wedding simple, so that it was formal but not too stuffy. We wanted our guests to cut loose, even in their tuxes, and they did!” said Bre.

The former NBA star first met Ladd when they were both student-athletes at University of Arizona in 2002, where she played volleyball. Walton proposed on Christmas Eve in 2012.

According to a story in the San Diego Union-Tribune, the wedding was planned by Walton’s cousin, Harmony, who also helped organize Tom Cruise and Katie Holmes’ 2006 wedding ceremony.