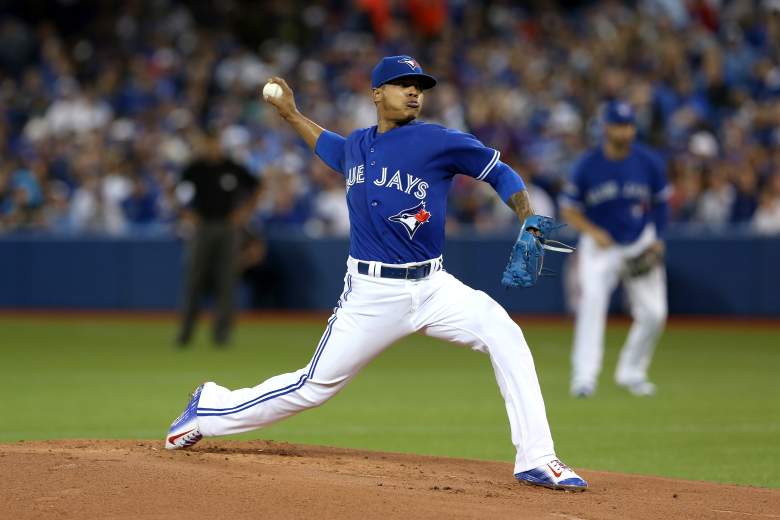 Stroman was nothing short of dominant in his postseason debut on Friday afternoon. (Getty)

The Toronto Blue Jays pitcher was named the starter for his team in Game 2 of the ALDS and Stroman did not disappoint. Despite some early-game miscues, Stroman found his rhythm on the mound and jumpstarted a Blue Jays squad that was in serious need of some emotion after a home loss to the Texas Rangers in Game 1.

Welcome back to the postseason Toronto, welcome to the spotlight Stroman. Here’s what you need to know:

After a strong career at Patchogue-Medford High School on Long Island, Stroman was drafted in the 18th round of the 2009 MLB Draft by the Washington Nationals. He opted, however, not to sign with the team and, instead, headed to Duke University.

While playing with the Blue Devils, Stroman recorded 15-13 overall record in 48 appearances and ranksf ourth all-time for career strikeouts – 290 over 222 innings pitched. His 3.27 career ERA is the second-lowest in school history in the aluminum bat era and the sixth-lowest all-time. As if that wasn’t enough, Stroman also played second base and shortstop for Duke, making 97 appearances in the field as well. 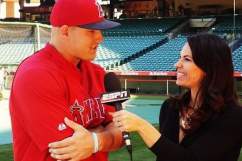 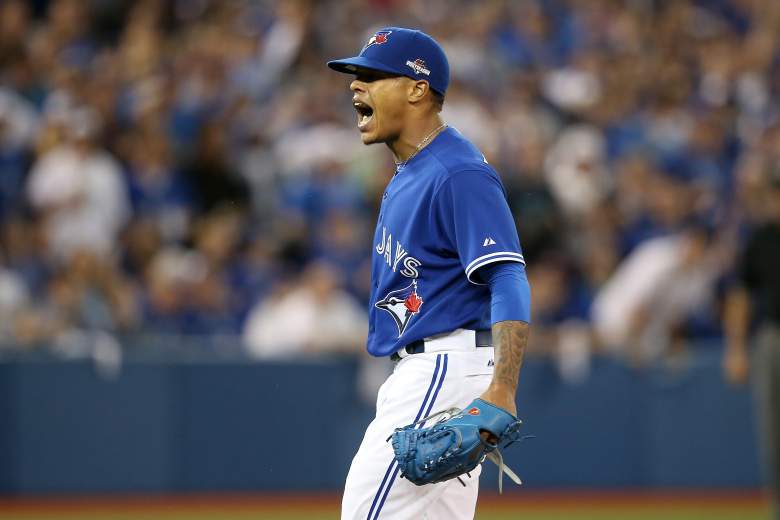 Stroman became the first-ever Duke baseball player selected in the first round when he was drafted in 2012. (Getty)

Although he stands at just 5-foot-8, Stroman was regarded by many analysts as the most MLB-ready player in the 2012 Draft and he proceeded to make history as the first-ever Duke player selected in the first round when he was picked No. 22 overall by the Toronto Blue Jays.

The team’s director of scouting Andrew Tinnish explained shortly after the draft why the Blue Jays opted to go with Stroman:

Stroman is one of the best competitors in the Draft. He’s extremely athletic, great makeup. His stuff is very good. He’s anywhere from 91-98 mph, pitches as a starter at probably 92-94 with a very good slider, and he also has a curveball that are good pitches as well.

Then 21-years-old, Stroman inked a deal that included $1.8-million signing bonus when he joined Toronto. The contract was essentially the equivalent of the slot value to the 22nd overall pick and, as far as Stroman was concerned, “a wight lifted off me.”

3. Stroman Was Suspended for 50 Games in August 2012 for Testing Positive for a Banned Substance 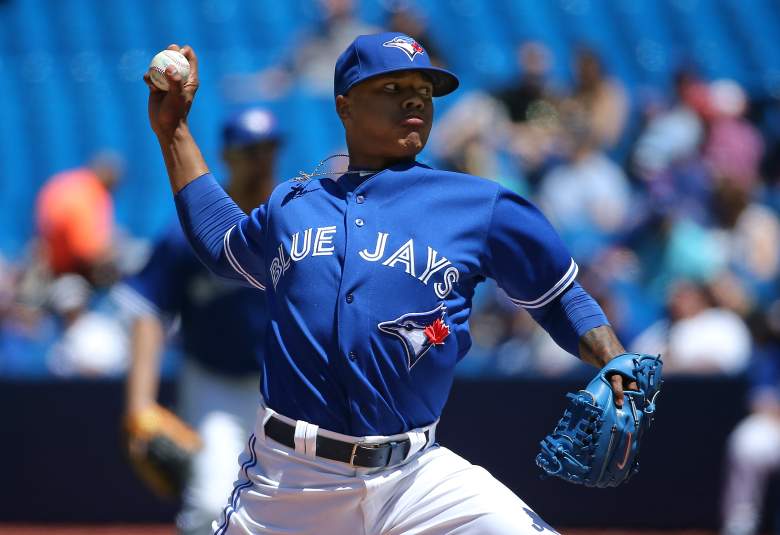 The right-handed pitcher missed 50 games in 2012 when he was suspended for ingesting a banned substance. (Getty)

After starting his professional career with the Low-A Vancouver Canadians, the Blue Jays promoted Stroman to the Double-A New Hampshire Fisher Cats on August 1, 2012. However, his time in New Hampshire didn’t last long.

Stroman was suspended for 50 games in August 2012 for testing positive for methylhexanamine, a banned stimulant. The right-hander released a statement shortly after the decision was made public:

Despite taking precautions to avoid violating the minor-league testing program, I unknowingly ingested a banned stimulant that was in an over-the-counter supplement. Nonetheless, I accept full responsibility and I want to apologize to the Toronto Blue Jaysorganization, my family, my teammates, and the Blue Jays fans everywhere. I look forward to putting this behind me and rejoining my teammates.

Stroman returned to the Fisher Cats in May 2013 and was eventually called up to the big-leagues on May 3, 2014. At the time of his call-up he was considered the No. 2 Toronto prospect and he earned his first victory on May 6 of that year. 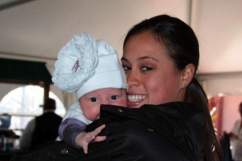 4. He Changed His Jersey Number to Honor His Late Grandmother

If only she was in the stands to see this. She's still watching and smiling though! #RIPGrandma pic.twitter.com/nminqDWwVS

The number six is not a usual jersey number for a pitcher. And it wasn’t always Stroman’s jersey number either. In fact, during the early years of his career, Stroman wore 54 on his back.

Then, in October 2014, Stroman announced via his Twitter that he was changing his uniform number in honor of his grandmother, Gloria Major. His father’s mother, Gloria helped raise Stroman and watched every one of his high school games on Long Island. After his parents divorced, it was Major who was the driving force of support in Stroman’s life. He described her to Yahoo Sports, saying:

Everything was always positive. Nothing was negative. Because of her confidence, I knew I was going to make it. She kinda made me who I am. It’s like she’s there.

Stroman opted to make the switch to six in honor of Major’s birthday – March 6. She passed away in the fall of his junior year at Duke and while he was able to see her before, Majors passed away while he was at school, away from home. Wearing that number, in her honor, is like having Majors with him every time he pitches.

5. Stroman Returned to the Toronto Lineup in September After Rehabbing His ACL

Tore my ACL, finished my degree from @DukeU, rehabbed my knee in 5 months, and now pitching in Game 2 of the #ALDS. Crazy excited! #HDMH

During spring training this year, Stroman tore the ACL in his right knee and was, almost immediately, ruled out for the 2015 season. While rehabbing his knee, Stroman also returned to Duke to finish his degree, majoring in Sociology with a minor in Markets and Management Studies.

He began his rehab assignment in August and threw off the mound for the first time on August 11 before pitching a simulated game later that month. On September 2, he, somehow, returned to live-game play, making his Class-A debut with the Lansing Lugnuts. Stroman returned to the MLB lineup in September and, despite being ruled out in the spring, made his 2015 debut against the New York Yankees on September 12.