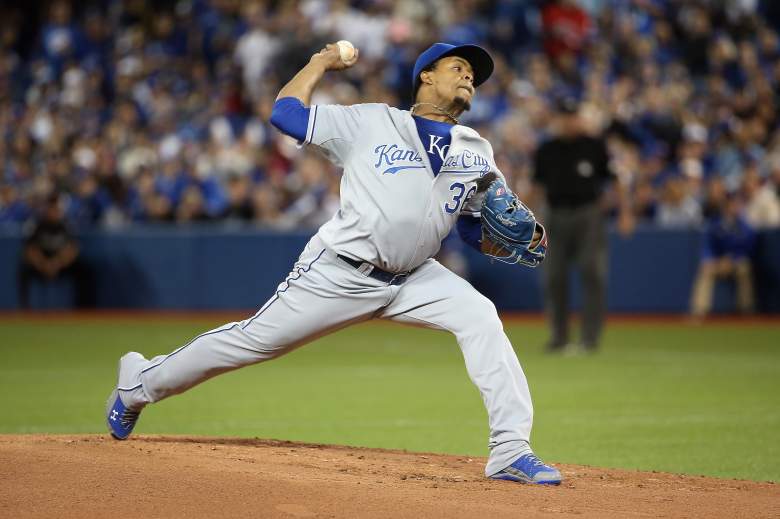 Edinson Volquez will get the start on the mound at home as Kansas City takes on the New York Mets in Game 1 of the World Series. (Getty)

It’s exciting. It’s playoff baseball at its finest. It’s history in the making.

But, the real question is, who are the Mets and Royals going to start in Game 1 of the World Series? Don’t even worry. We’ve got you covered. Read on for the lineups for each team as well as a breakdown on each squad’s decision head into the matchup and details on both starting pitchers.

First pitch for Game 1 is slated for 8:07 p.m. ET and will be nationally broadcast on FOX. Here’s how to watch even if you’re not near a TV on Tuesday night: 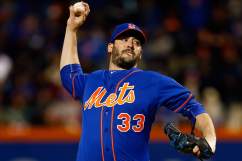 New York manager Terry Collins opted for Kelly Johnson in the DH spot, noting his left-handed bat over Mmichael Cuddyer’s right-hand approach. The Mets have struggled mightily when it comes to playing with a DH. In 10 games, the team’s designated hitters hit a collect .175 (7-for-40) with one home run and two RBIs. Johnson has logged just six at-bats this postseason, making five as a pinch-hitter.

The innings-limit debacle long behind him, Harvey is riding a wave of serious postseason momentum into his World Series Game 1 start. Harvey will face a big-time challenge against a Royals team that thrives against the fastball, leading the majors in just about every hitting category against pitches 94-plus. Still, Harvey is ready for it. “I think the biggest thing that I’ve learned, especially this year, is pitching and mixing different pitches and different locations, whereas before I’ve gotten away with just blowing it out, throwing 97, 98,” Harvey said on Monday.

The Royals haven’t deviated from their usual batting lineup at all during the postseason and, really, why should they? Kansas City’s bats have been dominant throughout October. Aside from the the games in New York – when they’ll be working without a designated hitter – don’t expect the Royals to do much in the way of changing their offense.

Volquez has a pretty solid pitching arsenal to his name, boasting a fastball, curveball and changeup. But throughout the postseason, he’s found success with the fastball, increasing his velocity and his three highest single-game averages have come in postseason starts. “I think pitching in the playoffs is more exciting. And everything I pitch, everything I’ve got, that’s what I’ve got. I was throwing 97, 98 the other day. I don’t do that very often,” he said earlier this week. The biggest problem, however, has been consistency. Volquez has hit a metaphorical wall in the middle innings of each of his three starts; something he can’t afford on Tuesday night.