The World Series is here and we have all the Mets and Royals gear and apparel every fan will need when it comes to showing support for your team.

From clothing to accessories to collectible memorabilia, you’re sure to find what you’re looking for as the Fall Classic gets into full swing.

Here’s some of the best stuff available for both teams at Fanatics.com:

The Mets and Royals team stores at Fanatics has all the gear and merchandise you need to show your support for the Mets, who are making their first World Series appearance since 2000.

From hats to shirts to hoodies to collectibles, the Mets team shop at Fanatics has dozens of items for men, women and children.

With the World Series just around the corner, Fanatics is sure to have everything you’re looking for as the Mets looks for their first title since 1986.

This limited edition coin case commemorating the 2015 World Series is a must-have for every Royals and Mets fan. The case is acrylic and comes with a 39mm Silver plated coin.

The coin case measures approximately 4 inches by 6 inches and comes with a certificate of authenticity.

Commemorate the 2015 World Series with this Royal vs. Mets black hat from ’47, a perfect accessory for any fan.

The 100 percent cotton hat features an unstructured relaxed fit. It has an adjustable strap in the back and is one size fits most.

The officially licensed women’s t-shirt comes in sizes small to extra extra large and comes in the color gray.

Attach this Royals vs. Mets World Series pin to any outfit to show your support for the Fall Classic.

The pin is officially licensed by Major League Baseball.

Hang this 2015 World Series in your home or office as the Royals and Mets square off in the Fall Classic.

The banner measures approximately 27 inches by 37 inches and is officially licensed.

Stay warm and stylish during the final series of the season with this Royals vs. Mets World Series long sleeve black men’s T-shirt by Majestic.

The Mets have certainly played the part as a team of destiny in 2015, overcoming the heavily-favored Nationals to win the NL East, then sweeping the Cubs to reach the World Series. With this shirt, you can proudly display that notion.

The officially licensed shirt is 100 percent cotton, and comes in sizes small through 5XL in color royal blue.

For the second year in a row, the Royals are in the World Series and with this shirt you can let everyone know who you are cheering for.

Show your full support for the Mets with this World Series participant short sleeve women’s T-shirt by Majestic.

The shirt is 100 percent cotton and officially licensed by MLB, and comes in sizes small through extra extra large.

Get the same shirt the Royals players and coaches were wearing during their ALCS Championship locker room celebration after beating the Blue Jays. 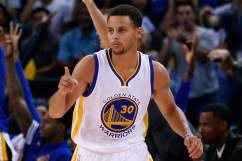 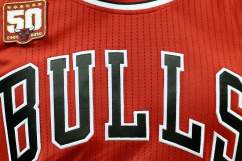